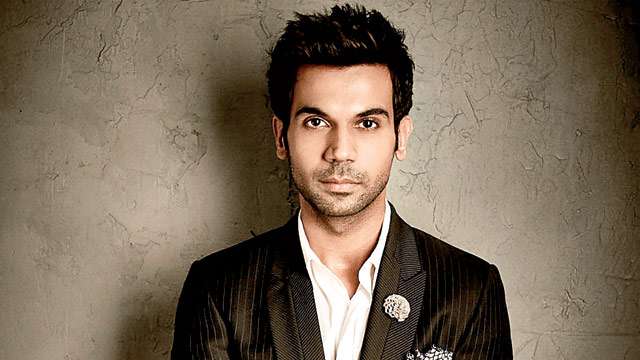 Highly acclaimed and regarded as an actor to watch out for, Rajkummar Rao, in a short span of time, has carved a niche for himself in the Indian film industry. He has established himself as a bankable star who not only has the right histrionics in place but also the screen presence to deliver hits. He has won a National award, 3 Filmfare awards, and an Asia Pacific Screen award.

Born on the 31st of August 1984, in Gurgaon, Haryana; Rajkummar only got interested in acting post his graduation when he joined the Film and Television institute of India. He finished his schooling in Gurgaon at Sh. S. N. Sidheshwar public school and graduated in Arts from Atma Ram Sanatan Dharma College (ARSD), University of Delhi. He simultaneously did theatre with Kshitij Repertory and Shri Ram Centre (SRC) in Delhi. In 2008, Rajkummar graduated from the Film and Television Institute of India, Pune and shifted to Mumbai for a film career.

It took him about two years, visiting studios and meeting casting directors, before he got his break in a movie titled Love Sex Aur Dhokha.

Other films to his credit are Ekta Kapoor’s Ragini MMS, Bejoy Nambiar’s Shaitan, Gangs of Wasseypur – Part 2, Chittagong and Talaash.

But it was in 2013, when he portrayed the role of Govind in the film Kai Po Che!, that he was truly noticed as an actor par excellence. The movie was an adaptation of Chetan Bhagat’s novel The 3 Mistakes of My Life. On seeing the movie, Saibal Chatterjee of NDTV had remarked, “No praise would be enough for Raj Kumar Rao. Delivering a measured performance as the self-effacing man lost in ‘the magic of numbers’, he is a consummate scene-stealer.” He followed this up with the biopic Shahid, based on the life of the slain lawyer and human rights activist Shahid Azmi. It earned praise from the critics with Anupama Chopra writing: “Shahid is Raj Kumar’s triumph. His Shahid has strength, anguish and a controlled anger, but also real charm. His smile lights up the frame. See Shahid for him.” The role earned him a National Film Award for Best Actor and a Filmfare Critics Award for Best Actor.

He was also an integral part of the very successful romantic comedy Queen in 2014. His movies have been acclaimed for their offbeat themes and out-of-the-box treatment. CityLights(2014) and Aligarh (2016) are other two movies which gave him the title of a serious method actor. He has also starred in a web series in 2017.
2017 has been a year of trying new genres for him. Romantic comedy Bareilly Ki Barfi was a box office hit and his streak with film awards post this hasn’t stopped. In the recently concluded Filmfare awards, he won the Best Supporting Actor award for this movie. He also won the best critics award for the drama thriller Trapped.

For the movie Newton, he won the Asia Pacific Screen Award for Best Performance by an Actor.

He has been honoured with a life membership of the International Film And Television Club of Asian Academy of Film & Television by Sandeep Marwah.

The actor is known for his appearance and body transformations for various characters in films. For his 2016 film Trapped, Rao lost 7 kg in 22 days by a controlled diet consisting of one carrot and coffee only. For the 2017 Ekta Kapoor-Hansal Mehta web series Bose-Dead/Alive, he gained 11 kg for the role of Subhash Chandra Bose. He also underwent an appearance transformation for Raabta (2017), in which he had to play the role of a 324 year old man. Continuing the tradition, the actor will now be growing a beard to look older in his upcoming film Fanney Khan, opposite Aishwarya Rai Bachchan and Shraddha Kapoor.

He is in a live-in relationship with actress Patralekha since the last five years. She was his co-star in Citylights and Bose-dead/Alive.