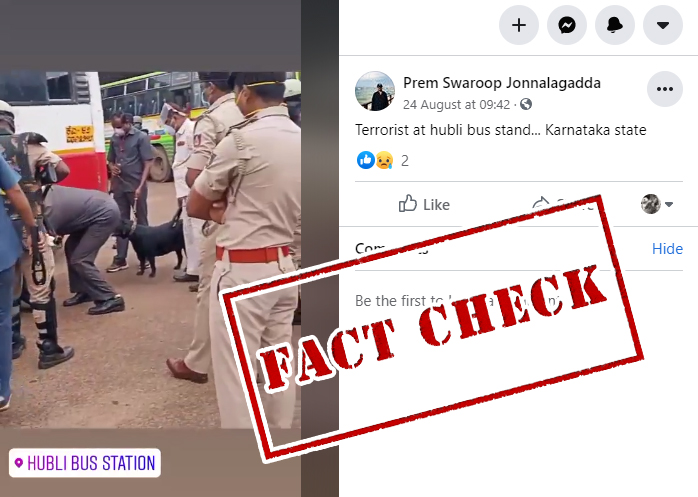 A video is being shared on social media with a claim that a terrorist was captured by the police at Hubli bus stand in Karnataka.

We extracted the keyframes of the video using InViD and then put them through Reverse Image Search. The search led us to a report by Hubbali Times, which suggested that the video in question is of a mock drill that was carried out by the police. 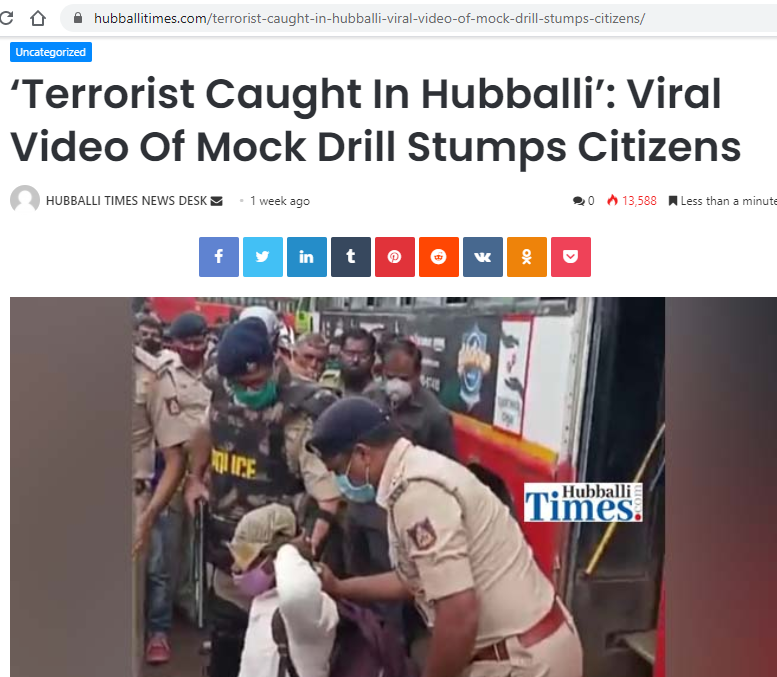 The same was also reported by News18 Kannada. 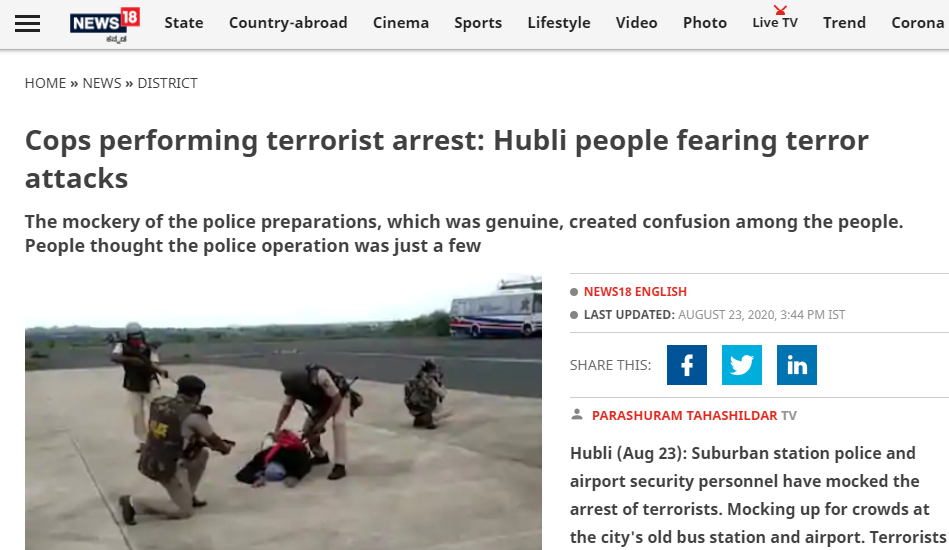 From the above information, it is clear that the viral video is a mock drill and the claims attached to it are misleading.