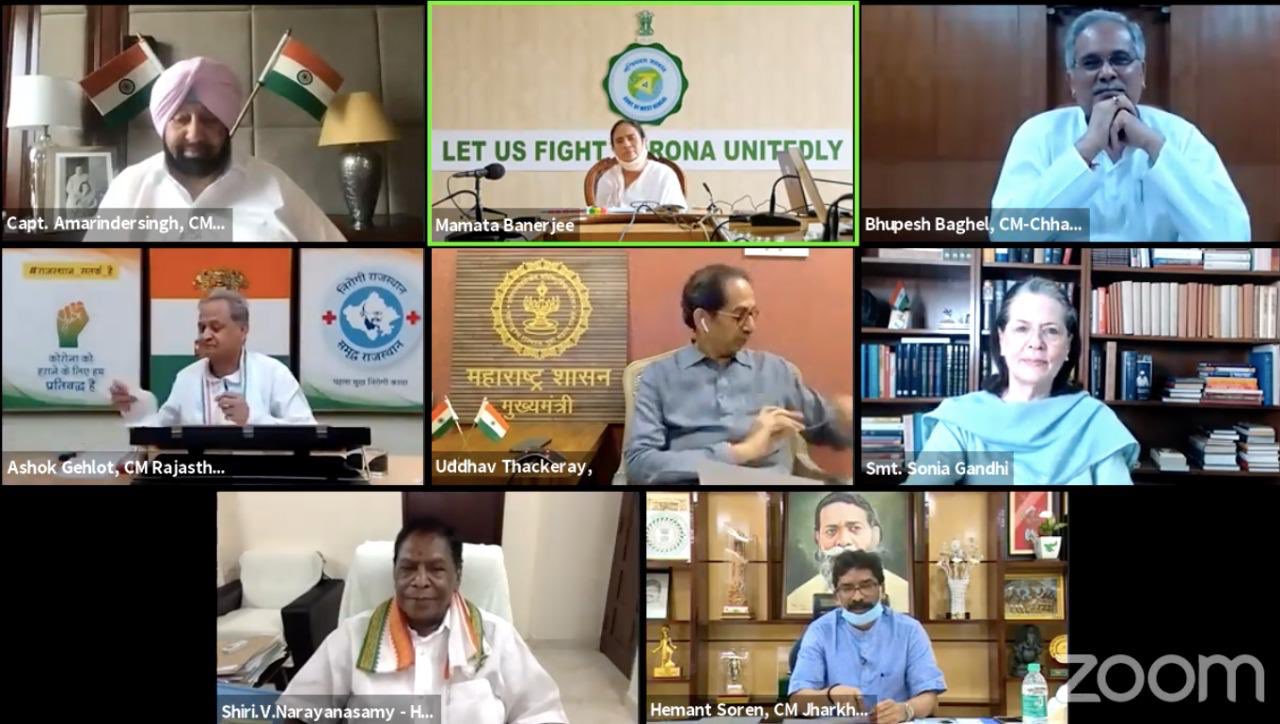 Chief Ministers of seven states came together for a virtual meeting called by Sonia Gandhi to decide on a common action plan against the Centre’s decision to hold engineering and medical entrance examinations despite the raging pandemic.

While all leaders agreed that holding NEET-JEE examinations at this juncture could prove detrimental to the interests of the students and compound the chances of contracting COVID-19, West Bengal CM Mamata Banerjee said state governments were being “bulldozed” by the centre in the name of cooperative federalism.

“Let us go to the Supreme Court. Let us talk about this matter. This is a mental agony for students. I have not seen so many atrocities in a democracy. The situation is very serious. We have to speak up for the children,” Mamata said.

The Chief Ministers discussed that since the exams start in a week, the next move would have to be fast. NTA incidentally has released the admit cards for NEET examinations today and issued detailed SOPs on measures that need to be followed during the examinations for the safety of the students.

Supreme Court had rejected a plea by 11 students last week asking for the exams to be deferred, saying: “Life cannot be stopped… Are students ready to waste one whole year?”

Maharashtra Chief Minister Udhhav Thackeray slammed the Centre and said that the government is moving in such a way that state governments are being reduced to redundancy. “We are heading towards one person controlling everything while our Constitution promised federal structure. We have to decide whether we want to fear or fight the government,” he said.

He pointed out that while his state was gradually emerging from the lockdown, schools remained shut. He cited reports from the US which pointed to a massive surge in infections among children in wake of opening up of schools.

Jharkhand Chief Minister Hemant Soren said examinations should not be held now. He said both his parents are COVID-19 positive. “Examinations must happen, but we are hurrying up. In my state we have very few centres. To accommodate these students, we will have to open all hotels and buses. Chances of contracting COVID-19 will be higher. Centre must help by taking more time. Otherwise, the Centre will blame states all over again if something goes wrong. We will have to jointly raise these issues,” he said. 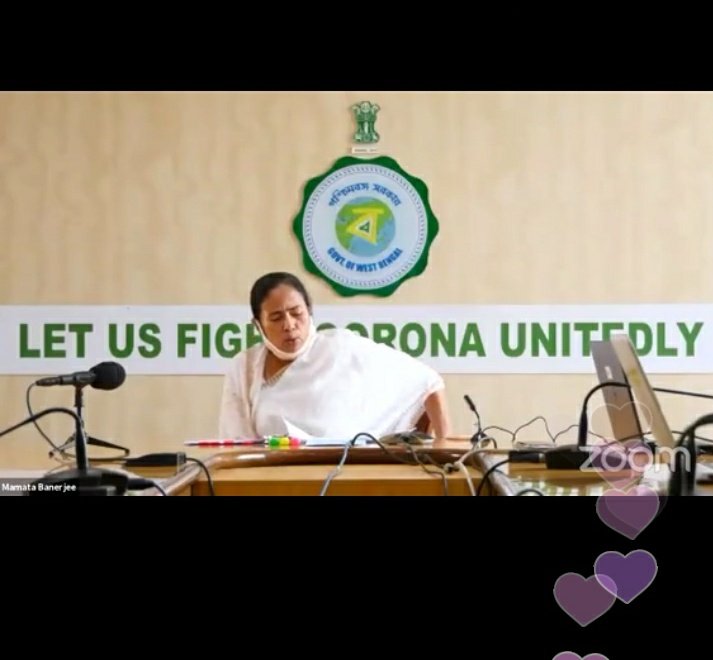 He also suggested that before approaching the Supreme Court, Chief Ministers should meet Prime Minister Narendra Modi. However, to this Mamata said, “We can meet the PM but if he does not listen then we must move the Supreme Court.”

Other states like Tamil Nadu have also written to Prime Minister Modi urging that marks obtained in Class 12 examinations be the basis for admission into medical colleges instead of entrance exams.

The CMs also questioned the Centre on why the state’s share of GST has not been released yet. Punjab CM Amarinder Singh suggested that all CMs should meet PM Modi collectively and take up the GST issue. Mamata said that Centre owes Rs 4,100 crore to Bengal government but no amount has been paid so far.