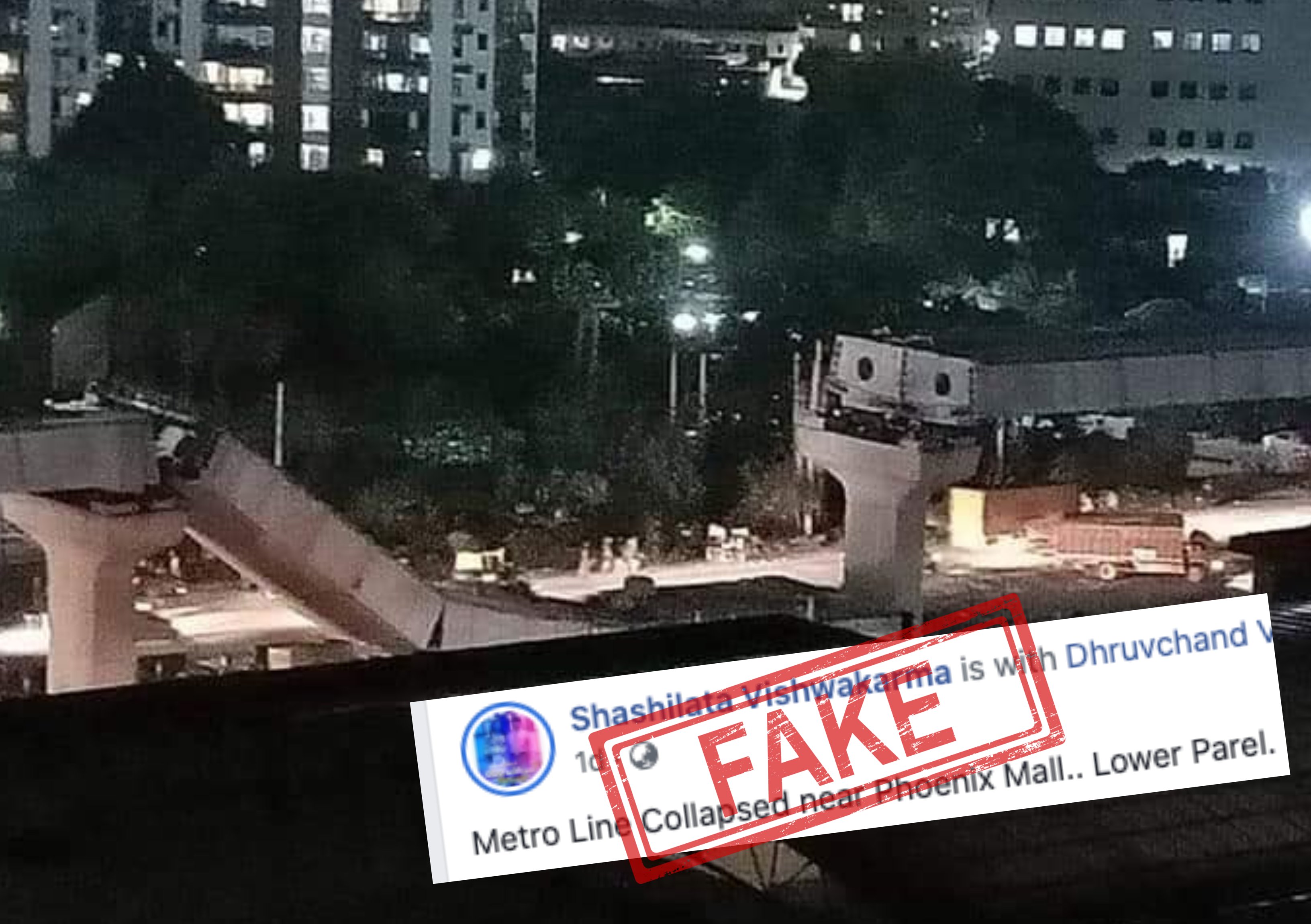 A few images of a bridge collapse have been doing the rounds on social media with a claim attached that it is from Mumbai. 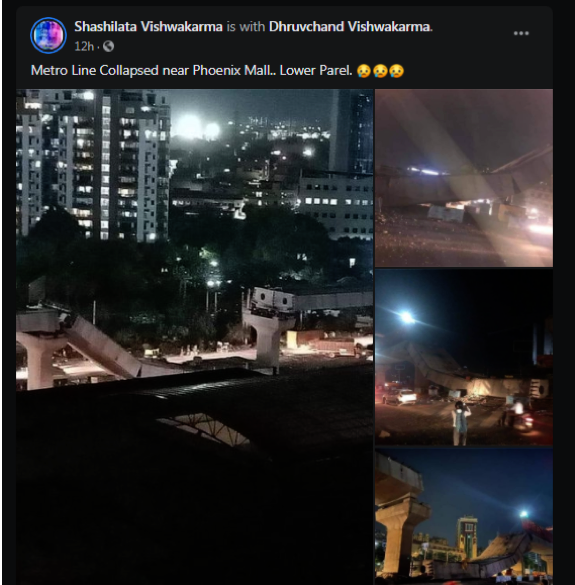 Along with this, some other posts claimed that the image was from Ahmedabad.

NewsMobile fact-checked the above claims and found them to be false.

We searched for the images through Google Reverse Image Search and found that they are from Gurugram, Haryana, wherein a portion of a flyover collapsed. Our search shows that it was a part of a 5 km long stretch that was meant to provide connectivity between Subhash Chowk on Sohna road and Badshahpur.

This was confirmed by multiple news reports such as the one below from Livemint dated August 23, 2020. 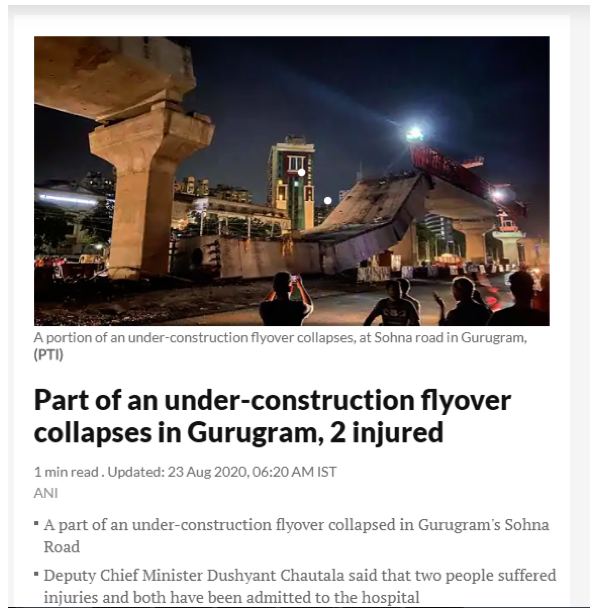 Another report of the same incident can be seen here.

Further, we also searched Twitter for the keywords “Gurugram Sohna Road collapse” to find resident/eyewitness accounts and came across a post by ANI.

Haryana: A section of an under-construction flyover collapses in Gurugram’s Sohna Road. No injuries reported. pic.twitter.com/XHv51O1lQH

A section of an under-construction flyover collapses in Gurugram’s Sohna Road. No injuries reported.

Hence, it is clear that the collapse took place in Gurugram and the pictures do not belong to Mumbai or Ahmedabad.