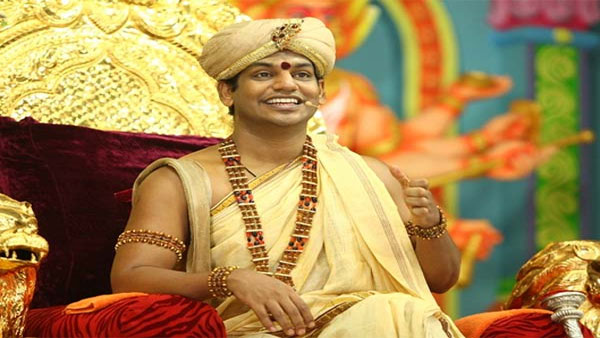 On the run to evade trial, rape accused self-styled Godman Nithyananda – who announced his own country Kailasa last year – has now announced the launch of his own currency and Reserve Bank of Kailasa on Ganesh Chaturthi. Nithyananda put out a video message to share his plans.

In the video, which is being shared widely on YouTube, fugitive Nithyananda, who is believed to have set up his country Kailasa in an island in Ecuador in South America, said “his country” has signed a Memorandum of Understanding (MoU) with another country that will host his bank called the ‘Hindu Investment and Reserve Bank’.

Nithyananda has chosen the auspicious day of Ganesh Chaturthi which falls on August 22 this year to launch his Reserve Bank.

“The whole economic policies, 300-page document, is ready with absolute designing, currency everything , the economic strategy how we are going to be doing, internal currency usage and external world currency exchange has all been done legally,” he said in his video message.

Believed to have fled India via Nepal, Nithyananda, who till date has managed to evade at least 50 court hearings, unveiled his country Kailasa last year. Though the geographical coordinates of the country are still unknown, police sources say he could have bought an island in Ecuador near Trinidad and Tobago.

The website mentions Kailasa as a “nation without borders created by dispossessed Hindus from around the world who lost the right to practice Hinduism authentically in their own countries”.

Spelling out Kailasa vision, the site also describes it as a “peaceful, sovereign, service-oriented” nation which “represents an ideology, rather than a territory”.

“Operating as a sovereign nation which works with all countries, and is not under any one nation, we can create a strong diplomatic network that will enable Kailasa to work directly with national and international governments and organizations, to develop and administer humanitarian projects aligned with the world’s needs,” the website mentions.

According to the website, its upcoming Reserve Bank will be “an investment vehicle to centralize Hindu devotee cash flow. This fund will attract investment from the entire Hindu community, one of the wealthiest communities in the world”.

The Kailasa website claims the Reserve Bank will lend money to the members of the community so that they can invest in “non-violent businesses”. Suggesting creation of the currency through cryptocurrency mode, the website says, “our aim is to create a Hindu Reserve Bank which creates its own supply of money which is not contaminated by fiat currency. Imagine that this currency is the only one accepted in the Paramashiva economy – to participate in the Dharmic economy, one that is aligned with the cosmic laws, one that will give them enormous spiritual rewards and multiple returns on investment, people have to use this currency. An ideal way to create such a currency is through cryptocurrency”.

While questions continue to be asked as to how Nithyananda managed to flee, he is wanted in at least 25 criminal cases including rape, assault, kidnap, forgery among other heinous crimes. Two of his passports have also been impounded and a host of NBWs have been served at his ashram in Karnataka which now wears a desolate look.