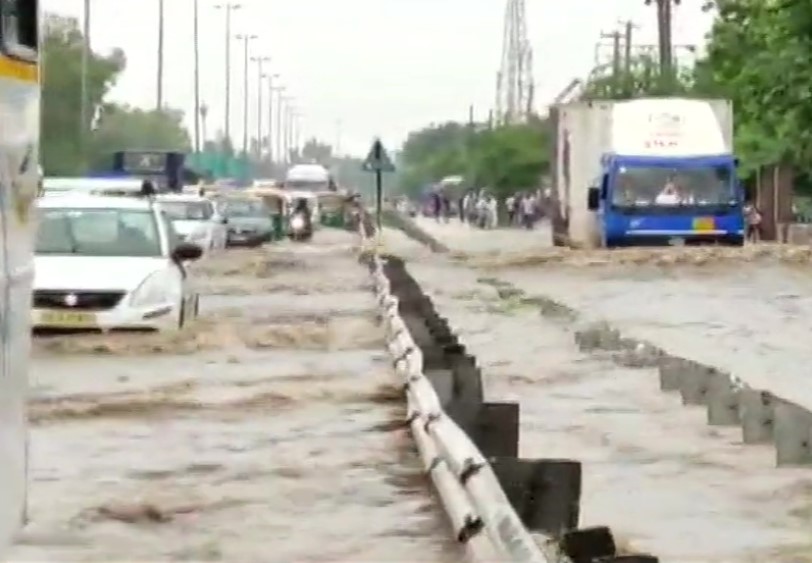 Incessant rains in parts of the national capital and adjoining areas of Noida and Gurugram has led to widespread water logging in many areas. With many areas still under waist to knee deep water, massive traffic snarls have been reported along the waterlogged Delhi-Jaipur Expressway as well.

Gurugram has been the worst hit with reports of road cave-in coming in from busy IFFCO Chowk intersection. Even rafts being brought out on Sohna Road to ferry people.

A four-storey building in Gurugram district of Haryana was vacated on Thursday after it bent on one side due to heavy downpour in the region, the police said.

Police vacated a four-storey building in #Gurugram‘s Sector-46 after it bent on one side, following heavy downpour in the region https://t.co/FpupRyPZEB pic.twitter.com/gvDLZ4dYOJ

The building is located in Sector 46 of Gurugram. The place where the building was situated was severely flooded. The roads were also waterlogged. Earlier in the morning, a part of the road caved in near IFFCO Chowk in Gurugram, following heavy rainfall.