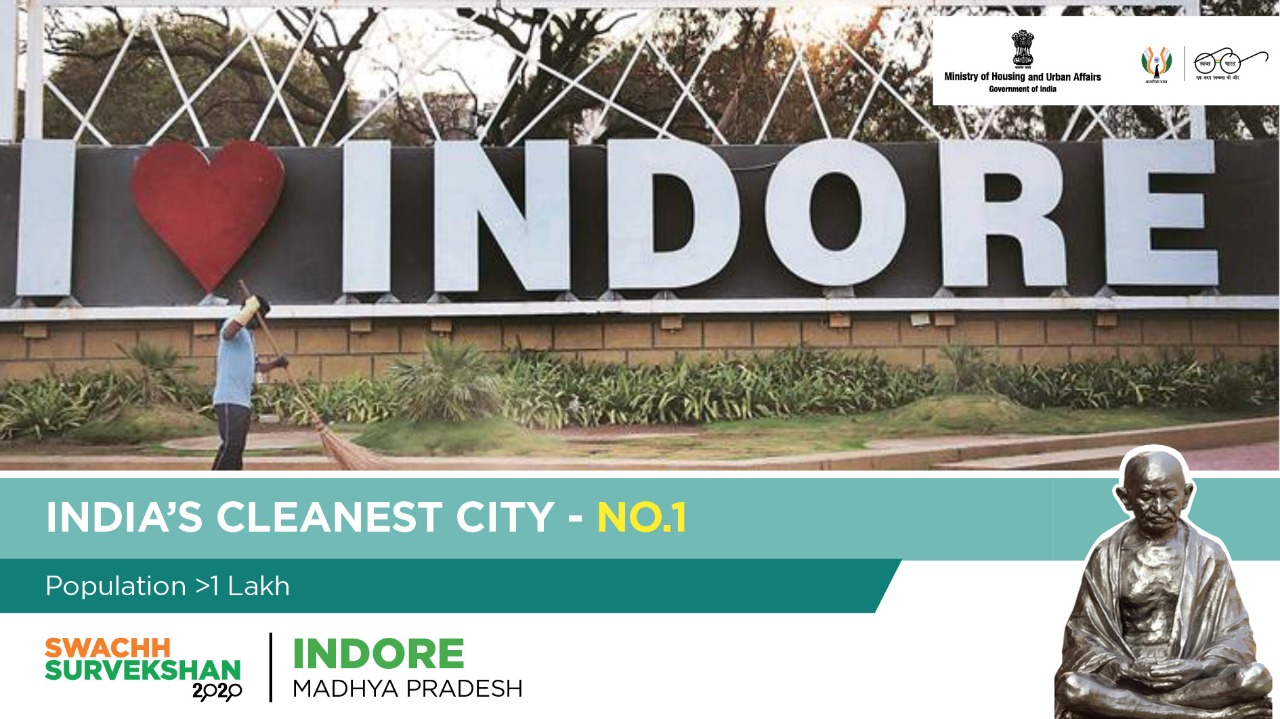 For the fourth time in a row, Indore has been declared as India’s cleanest city. The announcement was made as the ‘Swachh Survekshan 2020’ survey results were declared by the Ministry of Housing and Urban Affairs on Thursday. 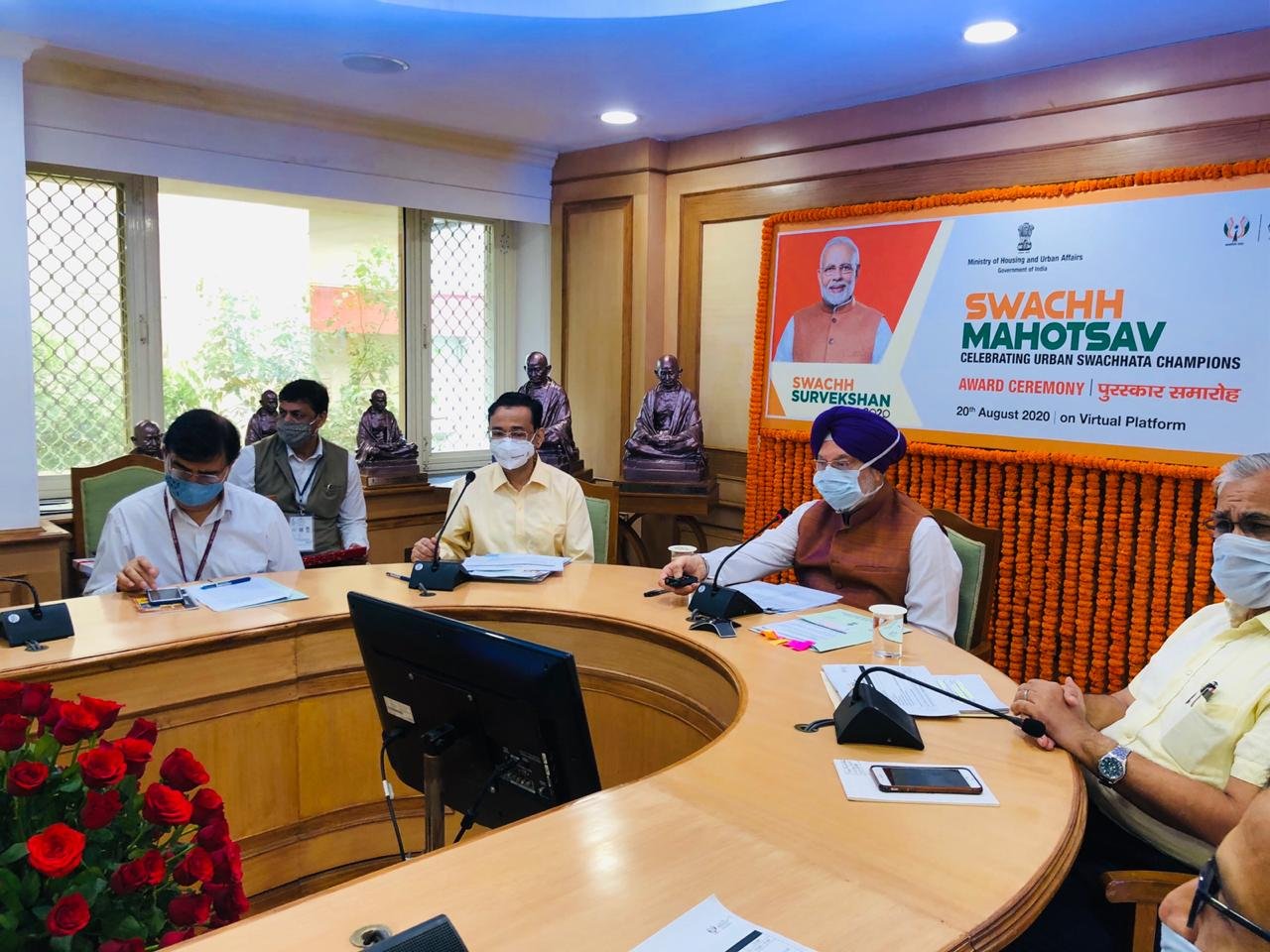 As per the nationwide annual cleanliness survey, which has entered its fifth year, the second spot has been bagged by Surat followed by Navi Mumbai.

Shri D S Mishra, @Secretary_MoHUA, was also present along with other Mission officials.

The survey results were announced by union minister Hardeep Singh Puri during Swachh Mahotsav organised by the Ministry of Housing and Urban Affairs.

Centre launched Swachh Survekshan with the intention of enhancing the participation of citizens in the cleanliness mission. It also aimed to inculcate a spirit of healthy competition among cities which would eventually lead to a cleaner India.

This year’s Swachh Survekshan was completed in 28 days. Over 1.7 crore citizens registered on the Swachhata App. The survey garnered more than 11 crore impressions on social media.