Home NM FACT CHECKER Fact Check: This video is not of King of Bahrain arriving in... 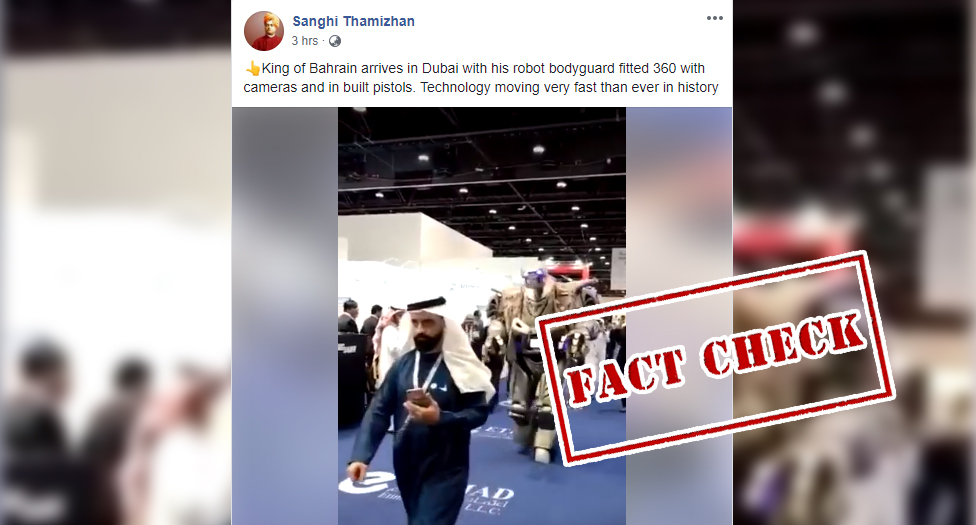 A video is being shared on social media with a claim that the King of Bahrain arrived in Dubai with his robot bodyguard.

“King of Bahrain arrives in Dubai with his robot bodyguard fitted 360 with cameras and in built pistols. Technology moving very fast than ever in history” the post claimed. 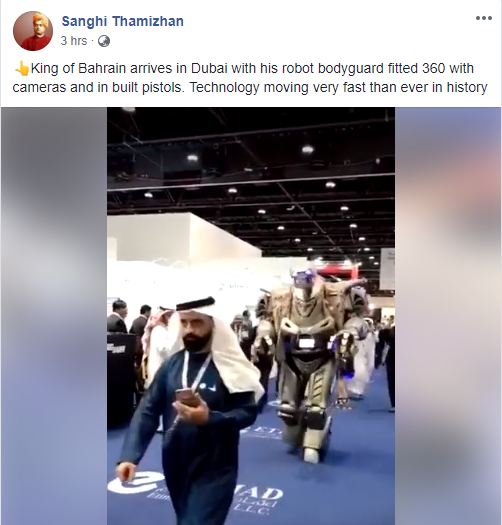 More similar posts can be seen here, here and here.

While analysing the video, we noticed ‘ETIMAD’ written on the carpets. Taking a cue from the this, we ran a search on YouTube and found that the same video was uploaded on YouTube dated February 24, 2019.

We also found several other videos from the same event.

It was also covered by several media organisations like Khaleeji Times and Gulf News in 2019. 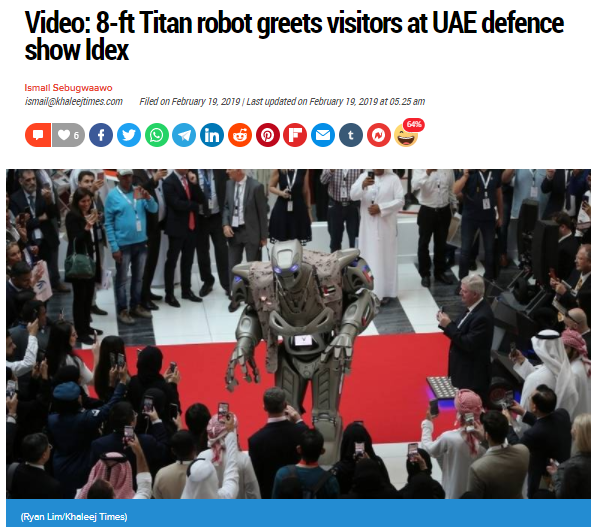 We also found that Hamad bin Isa Al Khalifa, King of Bahrain does not resemble the man in the video. 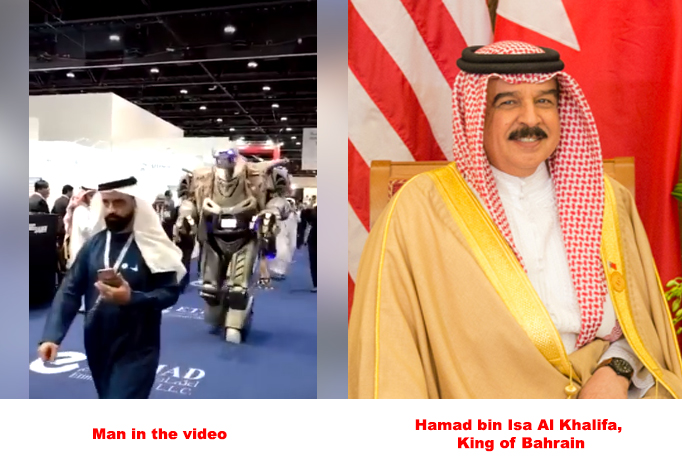 In conclusion, we can say that the claim attached to the video is false.