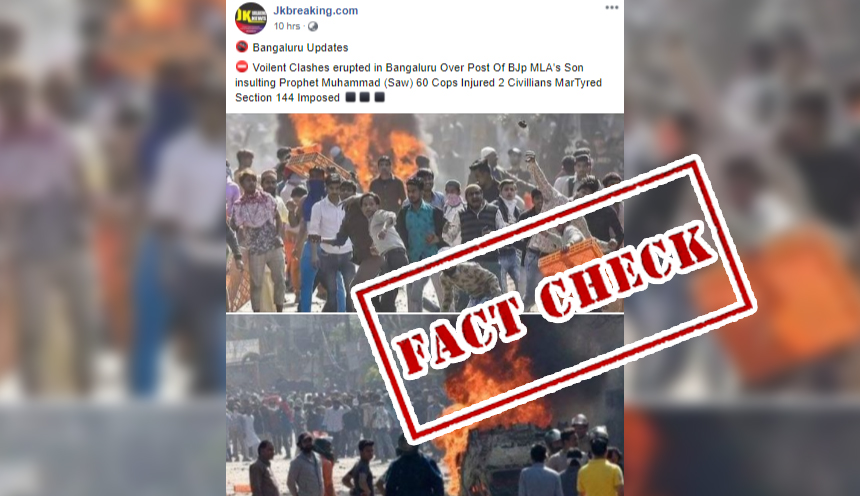 Soon after, the internet was flooded with pictures and videos allegedly from the riots.

Several posts shared the updates on Bengaluru clashes along with a few pictures. 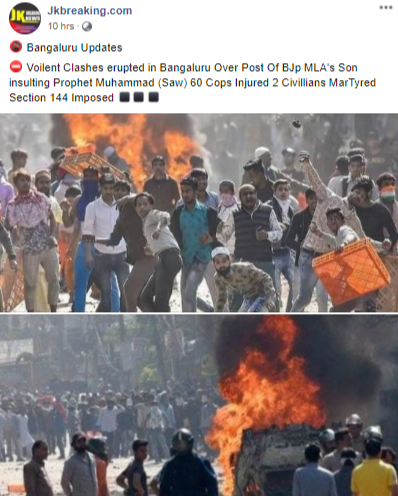 On checking, we found that the images attached to the posts were taken during the Delhi riots in 2020.

We found the first image in an article by News 18 dated February 26, 2020. The caption of the picture read: Protestors hurl brick-bats during clashes between a group of anti-CAA protestors and supporters of the new citizenship act, at Jafrabad in north-east Delhi. (Image: PTI) 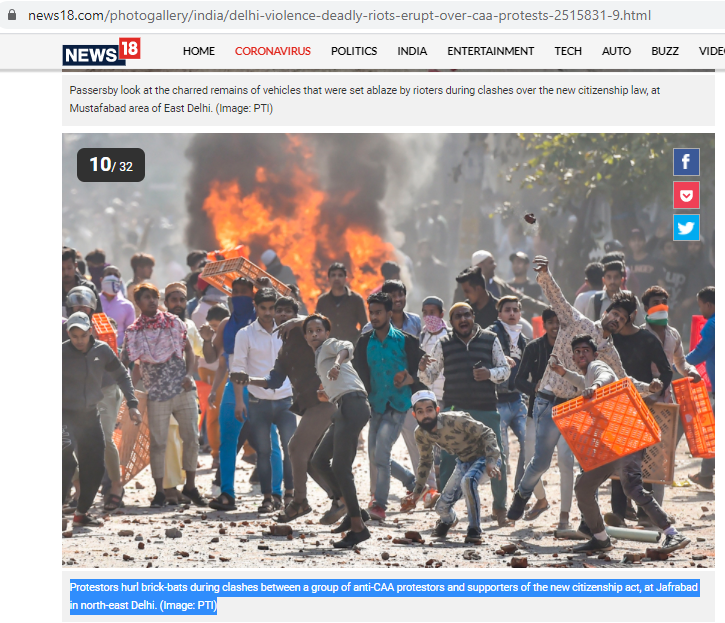 Another report featuring the same image can be seen here.

We found the second image in an article by Business Insider. The caption of the picture suggests that it was taken during the riots over citizen amendment law in Delhi’s Northeast districts. 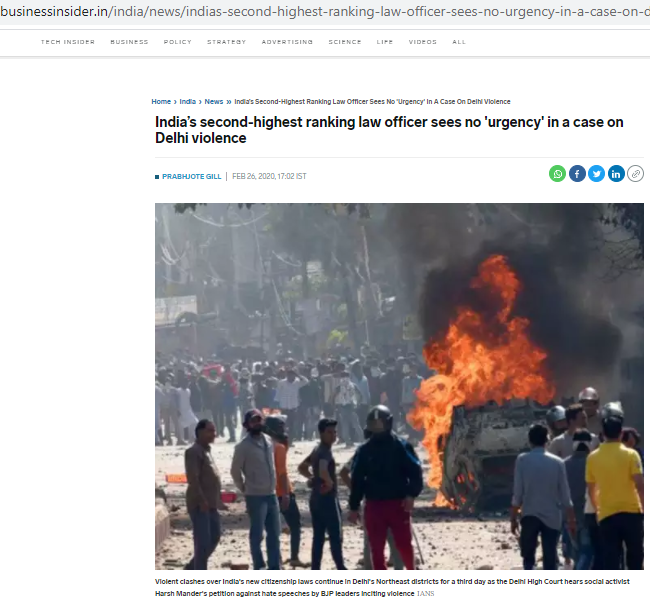 More reports featuring the picture can be seen here and here.

In conclusion, from the above information, it is clear that the pictures are not from Karnataka. Hence, the post in question is misleading.