Tightening the noose on Chinese companies, the Income Tax Department has conducted raids against some Chinese individuals and their local associates for allegedly indulging in a money-laundering racket involving Rs 1,000 crore using shell or dubious firms, the CBDT said on Tuesday.

The raids were conducted in Delhi, Gurgaon amongst several locations. 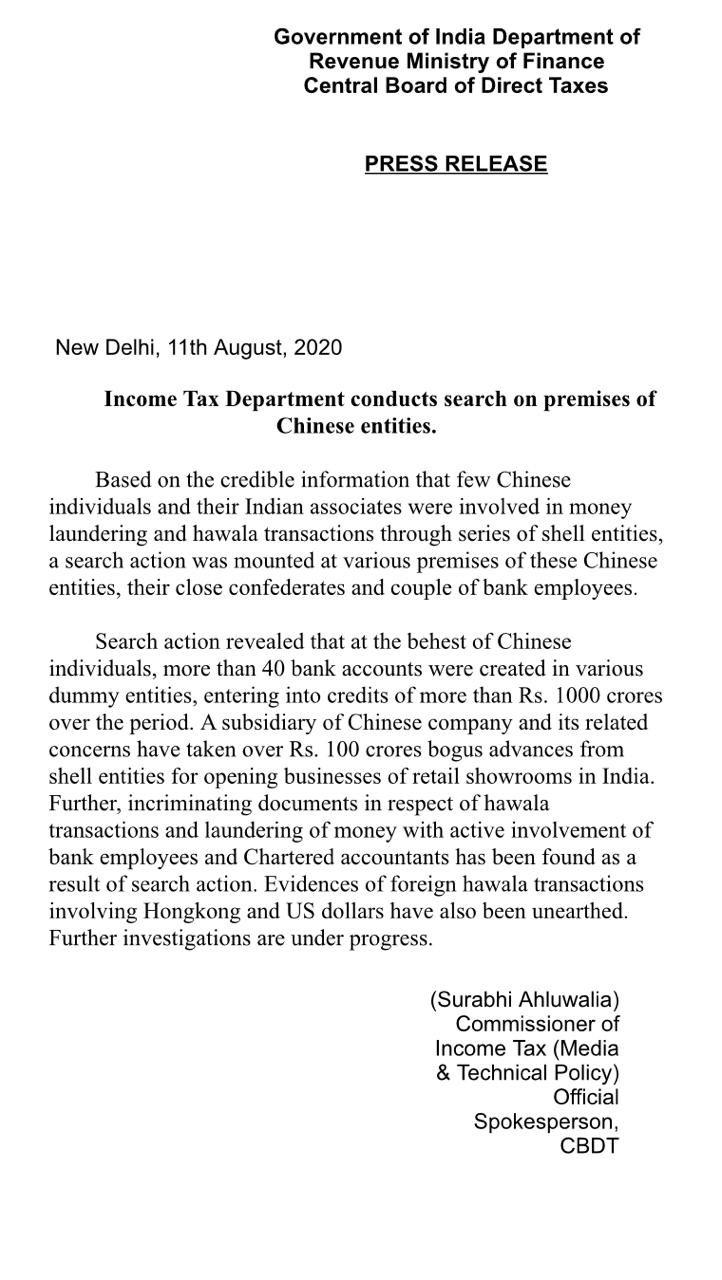 It said the “subsidiary of Chinese company and its related concerns have taken over Rs 100 crore bogus advances from shell entities for opening businesses of retail showrooms in India”.

The Central Board of Direct Taxes (CBDT), said the searches were launched based on credible inputs that a few Chinese individuals and their Indian associates were involved in money laundering and hawala transactions through a series of shell entities.

Some bank officials were also raided, it said.

“Search action revealed that at the behest of Chinese individuals, more than 40 bank accounts were created in various dummy entities, entering into credits of more than Rs 1,000 crore over the period,” it said in a statement without identifying the entities involved.

“Incriminating documents of hawala transactions and money laundering with the active involvement of bank employees and Chartered Accountants have been found as a result of the search action,” it said.

Evidence of foreign hawala transactions involving Hong Kong and US dollars have also been unearthed.

NewsMobile had earlier reported that the Chinese companies in India were under the scanner and more action may follow against the companies and their key officials.