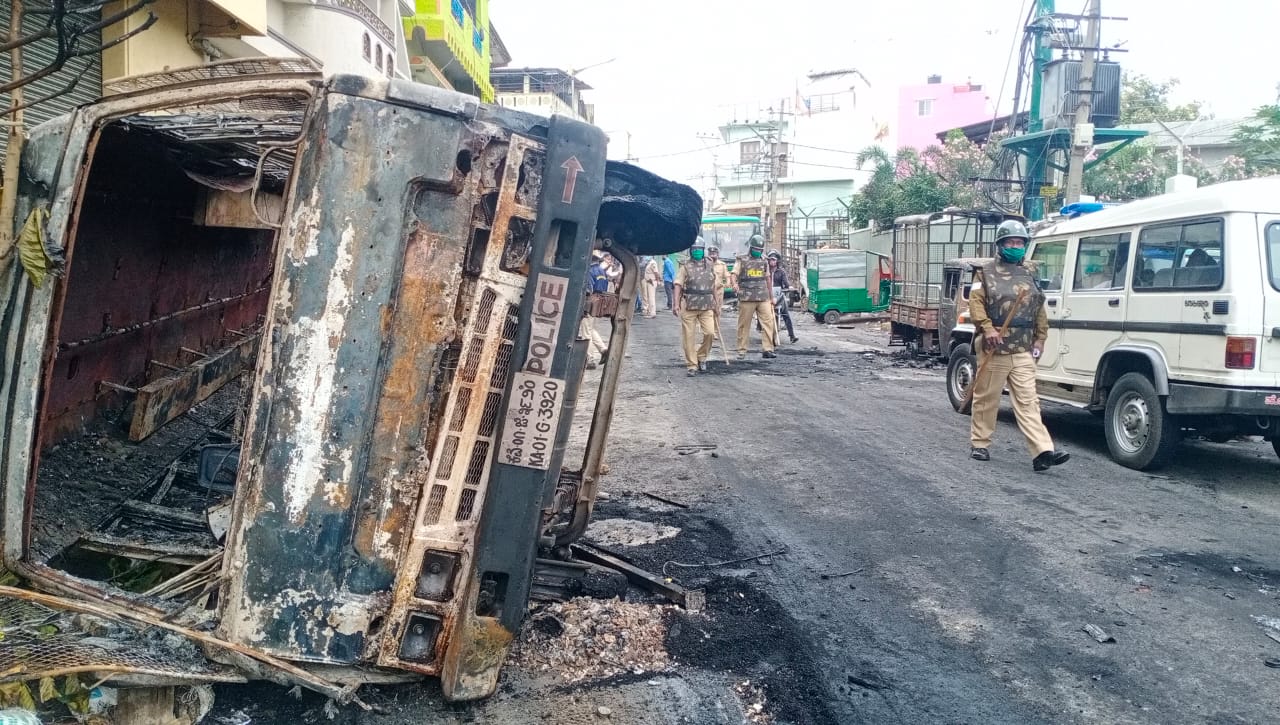 In a massive crackdown on offenders involved in violence and arson at KG Halli area of Bengaluru city on Tuesday night, city police has arrested 110 persons already on charges of arson, stone pelting and assault on police personnel on duty. Three persons died and at least 60 police personnel had sustained injuries during the clashes. 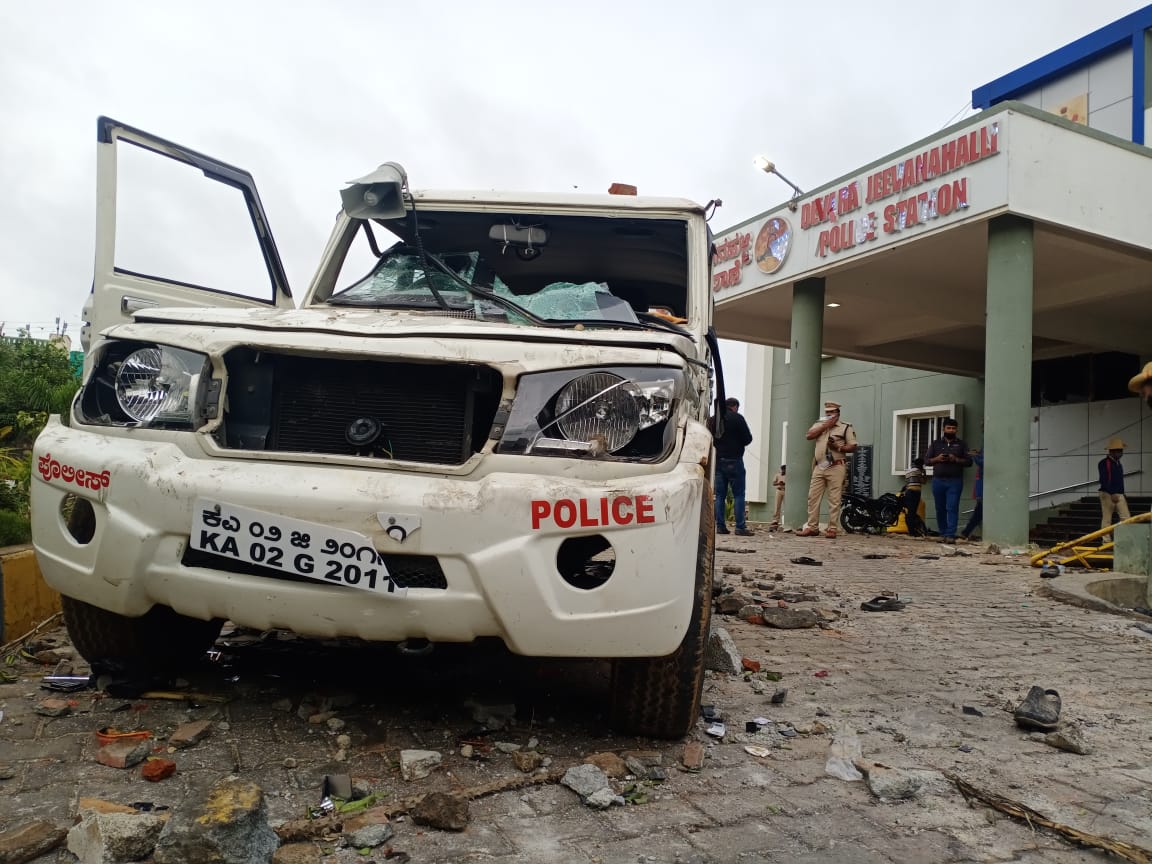 With regard to incidents in DJ Halli, accused Naveen arrested for posting derogatory posts.. also total 110 accused arrested for arson, stone pelting and assault on police. APPEAL TO ALL TO COOPERATE WITH POLICE TO MAINTAIN PEACE.

Taking strong exception to the violence, Karnataka Chief Minister BS Yediyurappa meanwhile informed that directives have been issued to take strict action against all accused in Bengaluru violence and asserted that the government has taken all possible steps to curb the situation.

While appealing people to maintain peace, he also condemned violence against journalists, police and people last night. “Miscreants in the DJ Halli police station has led to the assault and rioting at MLA Akhand Srinivasa’s house and police station. Already, directives have been issued against the perpetrators and the government has taken all possible steps to curb the situation,” he tweeted in Kannada.

“The attack on journalists, the police and the public in the riot last night was unacceptable. The government will not tolerate such provocations and rumours. Strict action against perpetrators is certain. I appeal to people to maintain peace and act with restraint and without panic,” he said in another tweet.

Congress MLA Srinivas Murthy’s nephew was arrested for allegedly sharing a ‘derogatory’ post on social media that triggered violence in the city last night in which two persons died and around 60 police personnel sustained injuries. Cops said that accused Naveen has been arrested allegedly for posting derogatory posts. 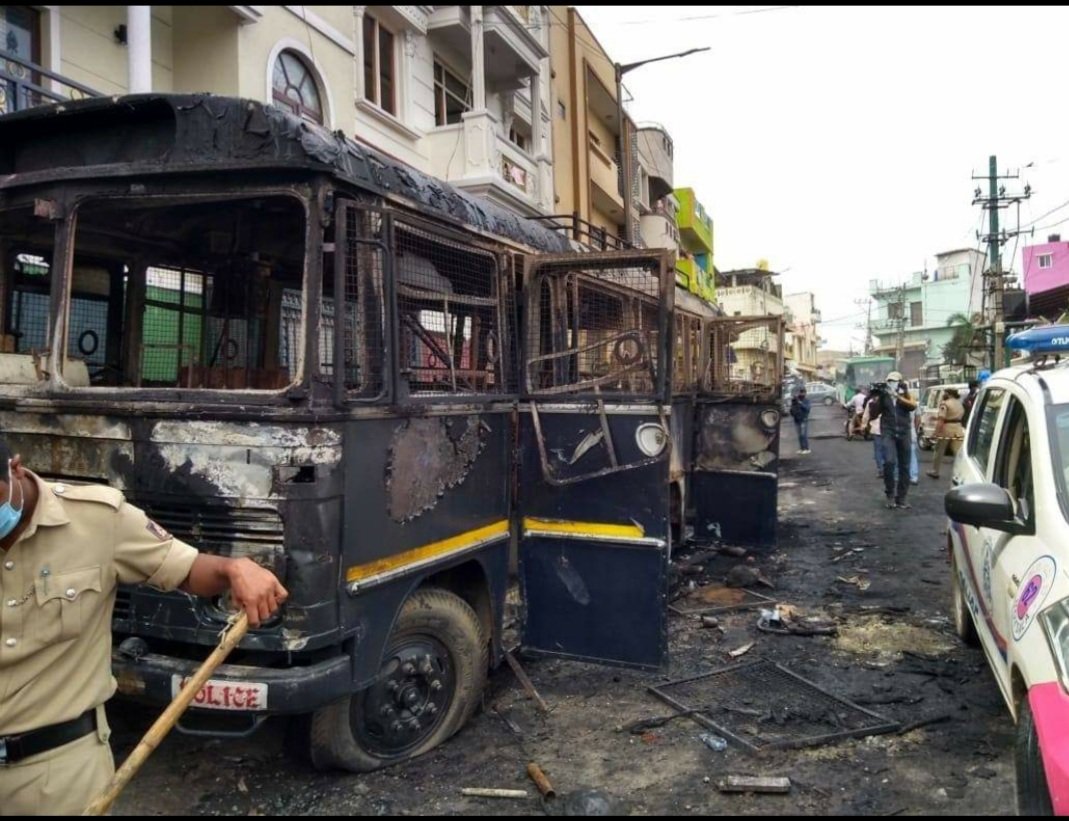 Murthy’s house was also vandalised by miscreants following the social media post by his nephew Naveen. Residence of Congress MLA Akhanda Srinivasamurthy was also attacked after the violence broke out.

Pointing an accusing finger at SDPI, Karnataka minister CT Ravi meanwhile said, “I think it was a planned riot. Within an hour of a post on social media thousands of people gathered and damaged 200-3000 vehicles and MLA’s residence. We’ll take serious action. SDPI is behind it.”

Condemning the violence, Karnataka Pradesh Congress chief D K Shivakumar urged upon the government to take strict action against perpetrators of the violence as well as the man who put out the derogatory social media post.

I condemn the violence that has happened in Bengaluru. No one must take law into their own hands.

The Government must take strict and exemplary action against the person who made the derogatory social media post as well as those who indulged in rioting and arson. pic.twitter.com/Adhl152LPt

Benguluru for now continues to be tense though no violence has been reported this morning.