India on Sunday clarified that there is no doubt that Gautam Buddha was born in Nepal and said that External Affairs Minister S Jaishankar remarks were in reference to shared Buddhist heritage.

”It is a well-established and undeniable fact proven by historical and archaeological evidences that Gautam Buddha was born in Lumbini, Nepal. Lumbini, the Birthplace of Buddha and the fountain of Buddhism, is one of the UNESCO world heritage sites,” the MoFA stated in a press statement. 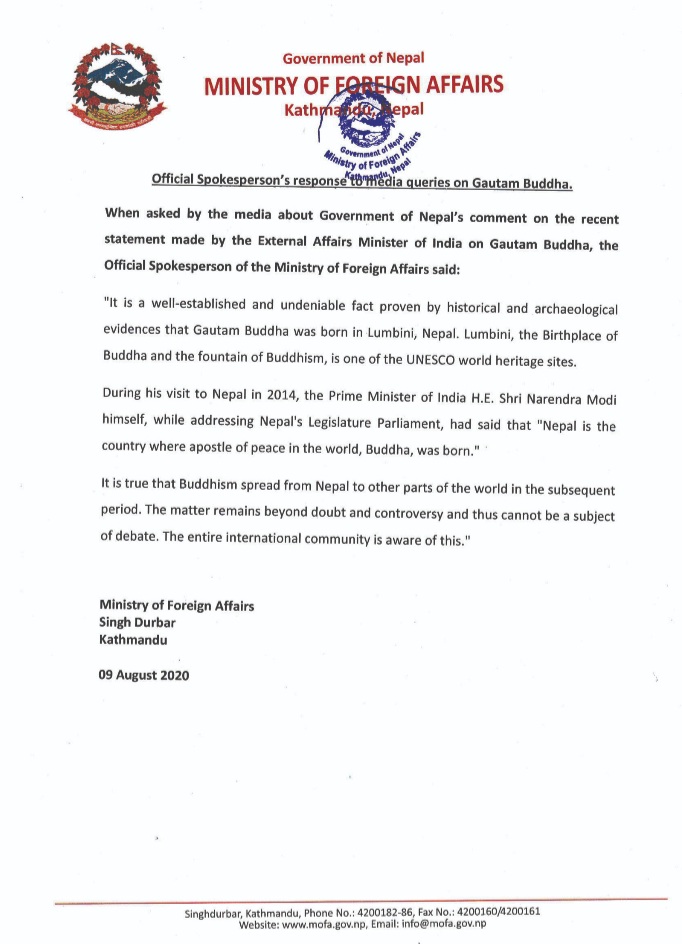 Indian Foreign Minister Shankar during a virtual event on Saturday claimed that Lord Buddha was an Indian.

MoFA recalled that Prime Minister of India Narendra Modi had himself during his visit to Nepal in 2014, had said that ”Nepal is the country where apostle of peace in the world, Buddha, was born” while addressing the Legislature-Parliament of Nepal.

The latest row over Buddha comes against the backdrop of Nepal publishing a new political map that included Kalapani, Lipulekh and Limpiyadhura, as part of Nepalese territory.

Nepal Prime Minister K P Sharma Oli had in July claimed that the birthplace of Lord Rama, is in Nepal and that Lord Rama was Nepali.