Following the foundation laying ceremony of the Ram temple in Ayodhya, a picture has surfaced on the internet in which US President Donald Trump can be seen at the iconic Times Square holding a gun with banners of Lord Ram on the billboards on the background. 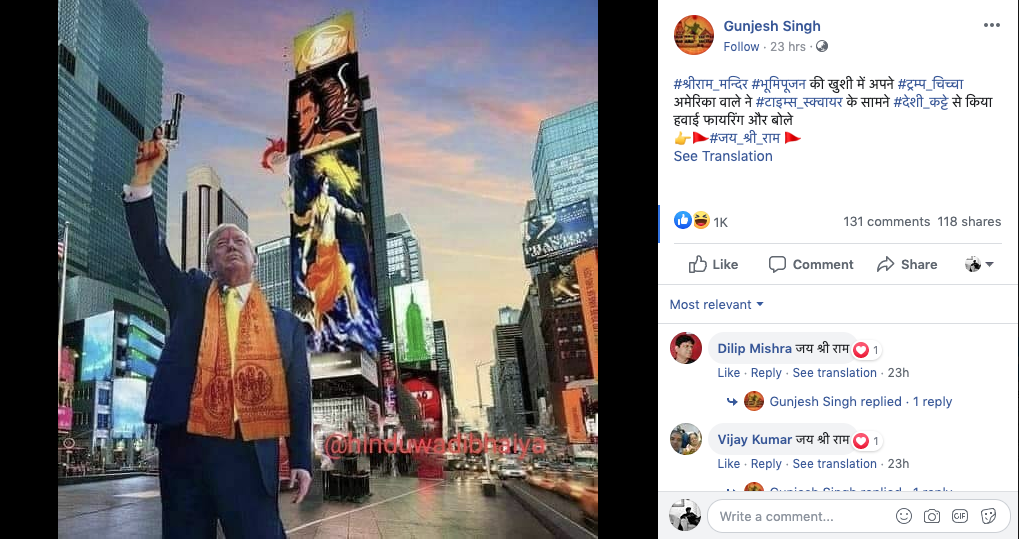 In the picture President Trump can be seen sporting a saffron scarf with images of Hindu deities as well.

We started the investigation by breaking the picture into two major elements.

First, we cropped President Trump from the above picture and put the background picture through Reverse Image Search. The search led us to the original picture on a travel website Tripadvisor. 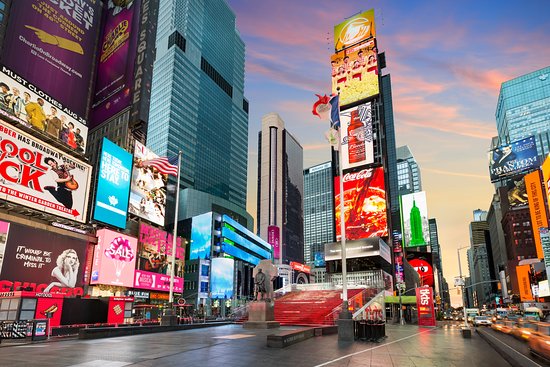 In the above FAKE vs REAL collage, it is clear that the portrait of Lord Ram and Donald Trump’s cut out were superimposed using photo editing software.

On digging further, we put the cropped out picture of Trump through Reverse Image Search and found his original picture. 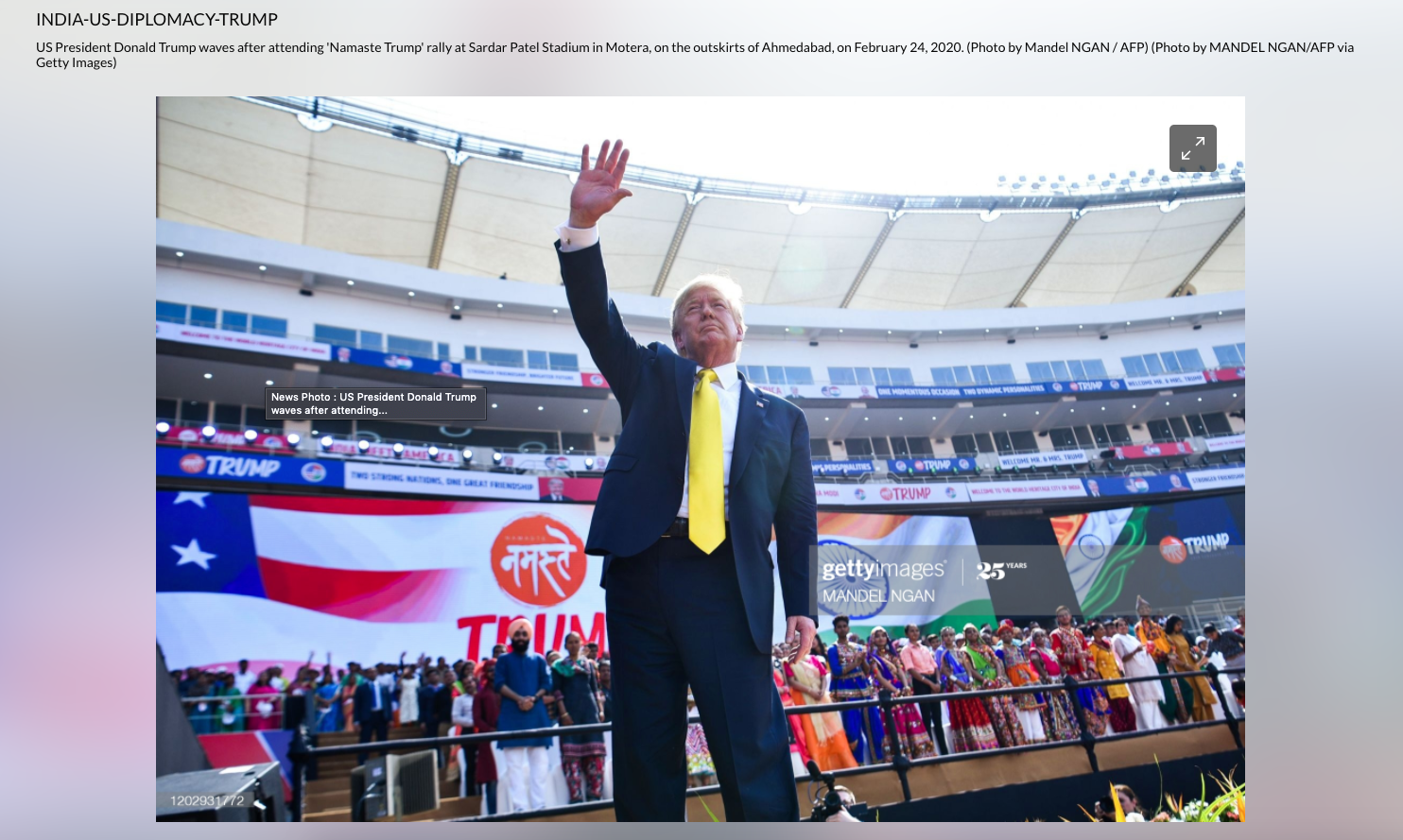 The picture was clicked on February 24, 2020, when he addressed ‘Namaste Trump’ rally at Sardar Patel Stadium in Motera, on the outskirts of Ahmedabad during his India visit.

The above FAKE vs REAL collage clearly shows that an old picture of President Trump from India was cut out and superimposed on the picture of Times Square. The gun and the saffron scarf were also added externally using photo editing software.

In conclusion, we can confirm, that the photo doing rounds is morphed.