It is being claimed that the man in the video is late Capt. Deepak Sathe, pilot of the Air India flight from Dubai to Calicut which crashed in Kozhikode, leading to the death of Sathe. 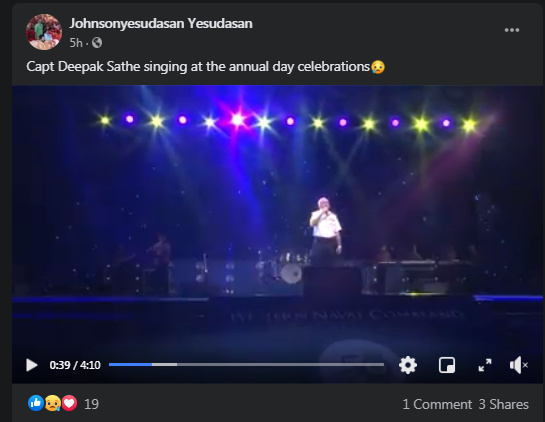 You can find the posts here, here and here.

The video was also being shared widely on WhatsApp. 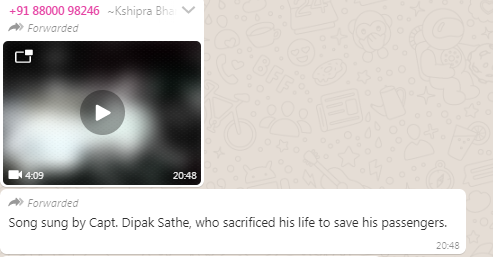 We fact-checked the above claims and found that the man in the video is not Capt. Sathe.

We searched on YouTube using keywords “Deepak Sathe Ghar Se Nikalte Hi”. We came across the YouTube video that is being circulated on social media.

It has been posted by the account of Vice Admiral Girish Luthra Retd. 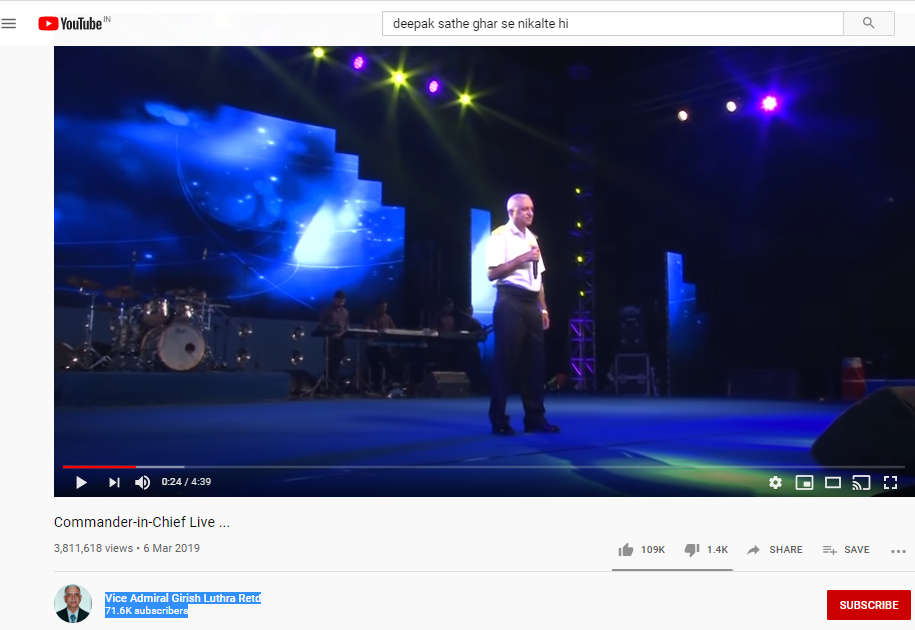 At the beginning of this video, the name of the singer is announced as Vice Admiral Girish Luthra.

We then Googled Vice Admiral Girish Luthra and came across a video by Indian Express with Vice Admiral Luthra speaking at a 26/11 Anniversary in 2017, hence confirming his identity as a naval officer whereas Capt. Sathe was an Air Force officer.

Based on multiple checks done by our fact check team we can conclude that it is not Captain Sathe as being claimed and the claim is False.