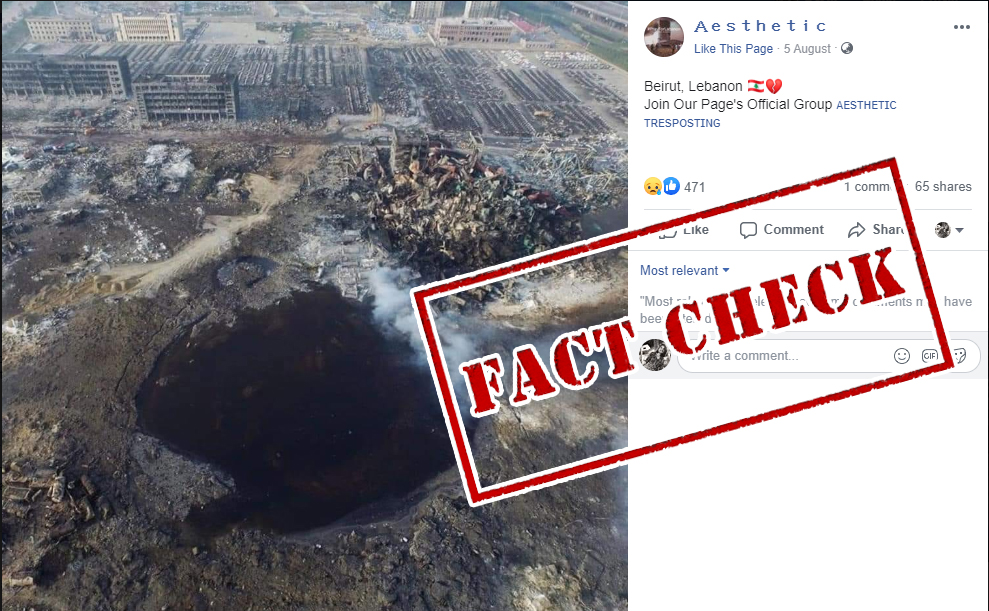 Soon after a massive explosion rocked the city of Beirut in Lebanon, photos and videos of the horrific incident started surfacing on the internet.

One such picture being shared allegedly depicts the devastation wreaked by the massive explosion. 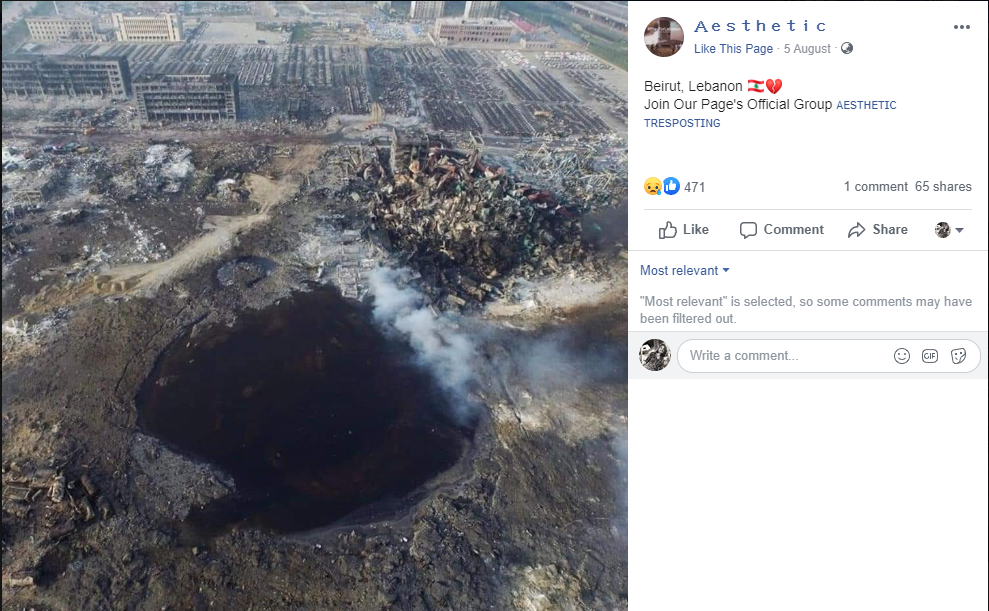 NewsMobile fact checked the above post and found the claim to be false.

According to an article by The Independent, the image is of a blast that took place at Tianjin factory in Hubei province of China in August 2015. The explosion led to the death of 173 people. 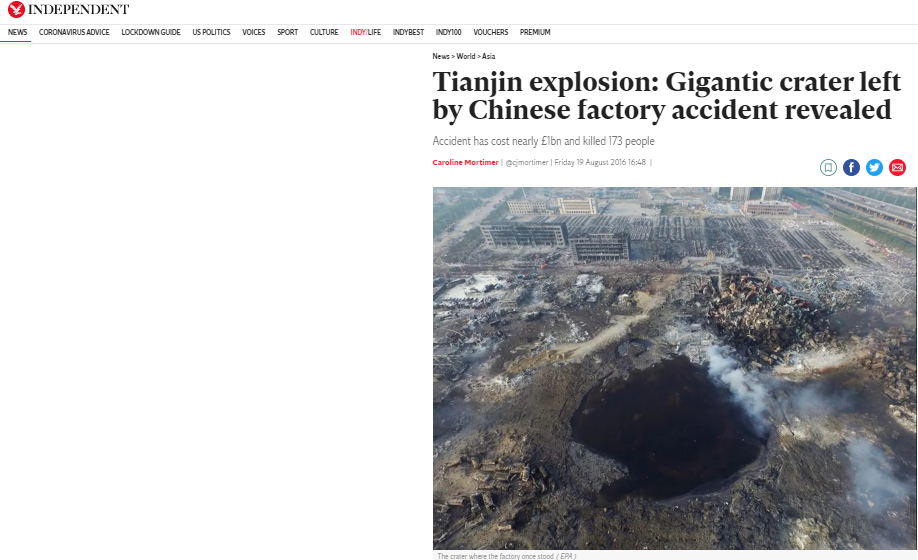 The picture was credited to the European Pressphoto Agency (EPA), so we searched their website for the original picture. 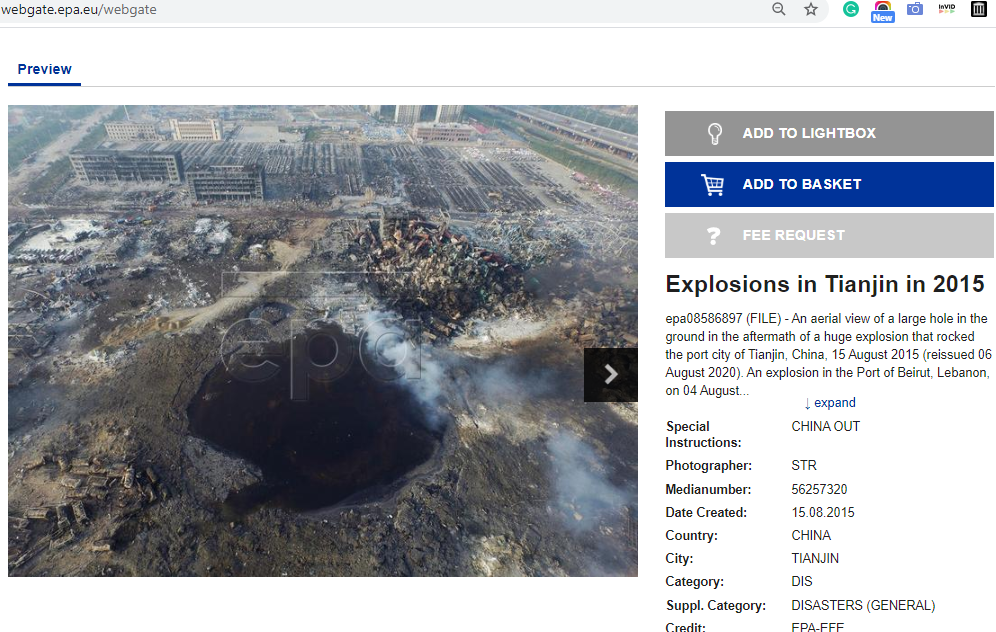 The description of the picture read: An aerial view of a large hole in the ground in the aftermath of a huge explosion that rocked the port city of Tianjin, China, 15 August 2015 (reissued 06 August 2020). An explosion in the Port of Beirut, Lebanon, on 04 August 2020 has killed at least 135 people and injured more than 5,000, according to the Lebanese Health Ministry. EPA-EFE/STR CHINA OUT

Hence, we can conclude that the post in question is misleading and false.