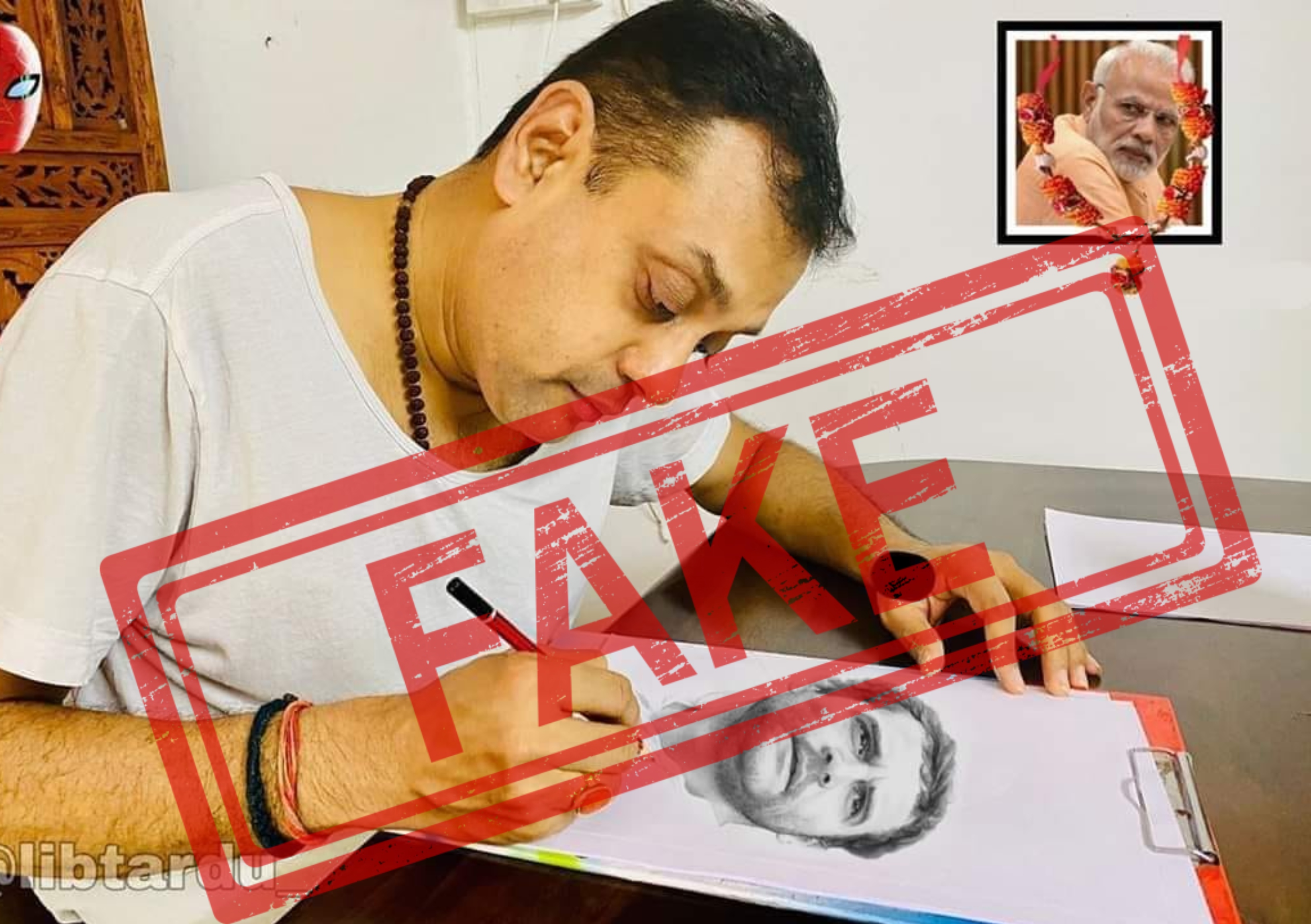 A picture of BJP spokesperson, Sambit Patra has surfaced on the internet in which he can be seen sketching a portrait of Congress leader Rahul Gandhi on a piece of paper.

On putting the picture through a simple Reverse Image Search, we found the original picture which was tweeted by Patra himself. 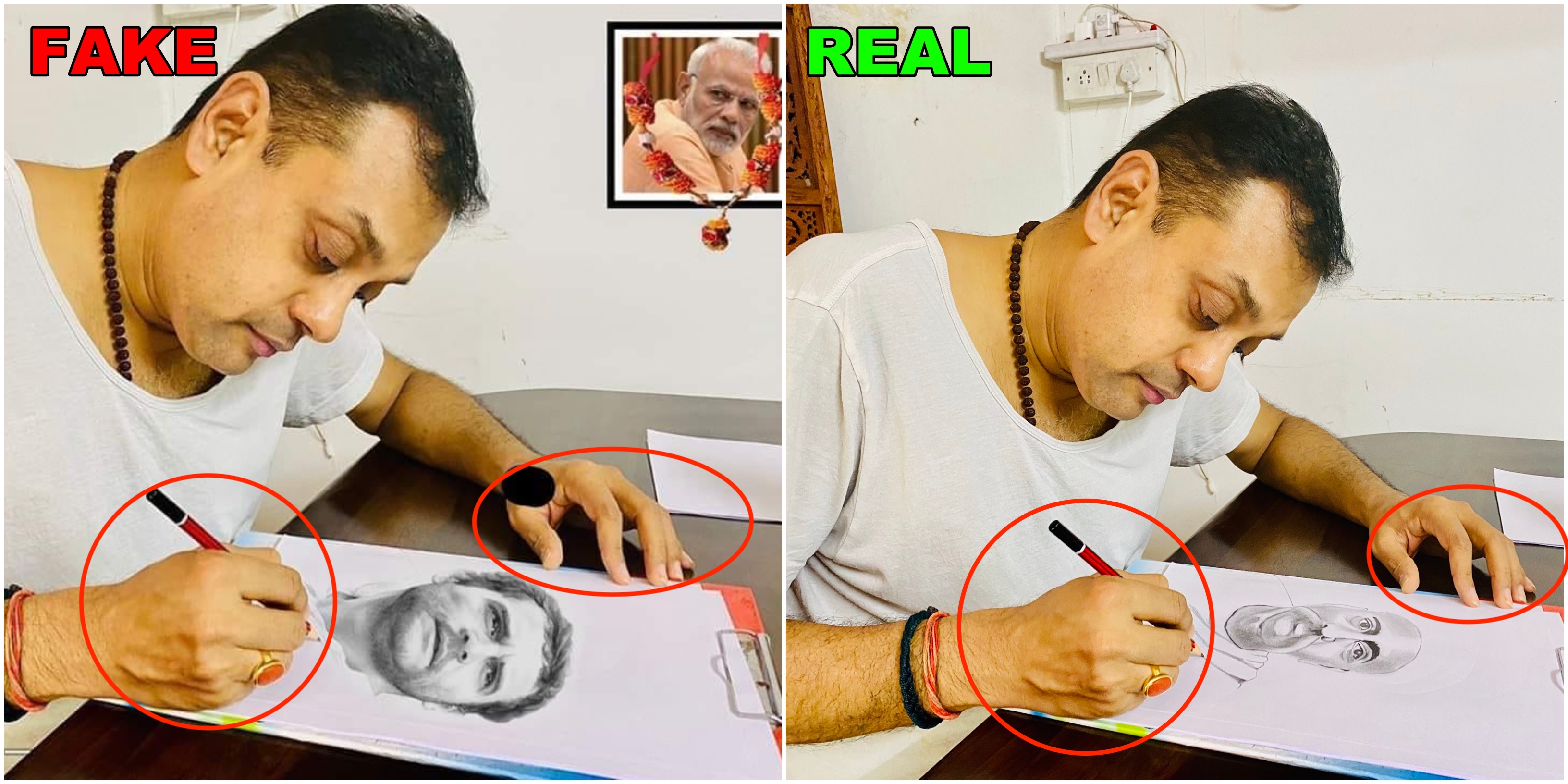 In the above FAKE vs REAL collage, it is clear that the Bal Gangadhar Tilak’s sketch was replaced by Rahul Gandhi’s using photo editing software to create a false narrative. Moreover, we can also notice that the portrait of PM Modi on the wall in the FAKE picture was also superimposed.