A month after the Trump administration suspended H1-B visas on June 23 along with other foreign work visas until end of this year, President Trump signed an executive order on Monday putting a ban on all federal agencies from contracting and sun contracting foreign workers, essentially those on H1B visas, from hiring.

Most sought after among Indian techies, H1B is a non immigrant visa which allows US companies to hire foreign workers for specialized IT-related occupations. Not just India, Chinese workers too avail the H1B visa to work in the United States. 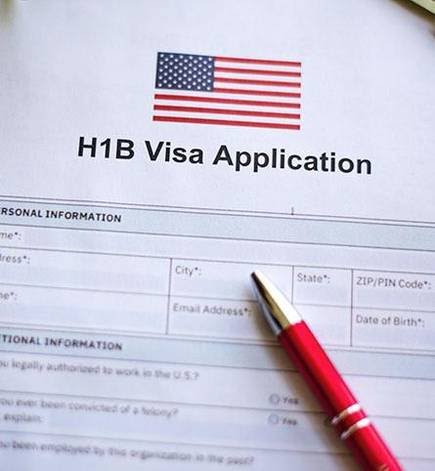 “Today I am signing an executive order to ensure that the federal government lives by a very simple rule, hire American,” Trump told reporters in the Oval Office before signing the order. He also reiterated that his administration will not tolerate firing of hardworking Americans to accommodate low cost foreign labour.

“As we speak, we’re finalizing the H-1B regulation so that no American workers be replaced ever again. H-1B should be used for top highly paid talent to create American jobs, not as inexpensive labour programmes and destroy American job,” Trump said.

Trump’s executive order requires all federal agencies to complete an internal audit and assess whether they are in compliance with the requirement regarding employment of US citizens.

As a result, the Labour Department  will also have to finalize guidelines to prevent H-1B employers from moving H-1B workers to other job locations which could displace Americans workers out of their jobs.

Meanwhile, shares of IT companies slipped and traded in the negative territory as word spread about President Trump signing the order. Early morning, Nifty IT index was 0.73 per cent lower at 17,834.70 levels, with 9 out of 10 stocks trading in the red.