A video of a missile launch, where it eventually crashes, is doing rounds on social media. It is being claimed that the video shows a ‘failed missile test’ conducted by India. 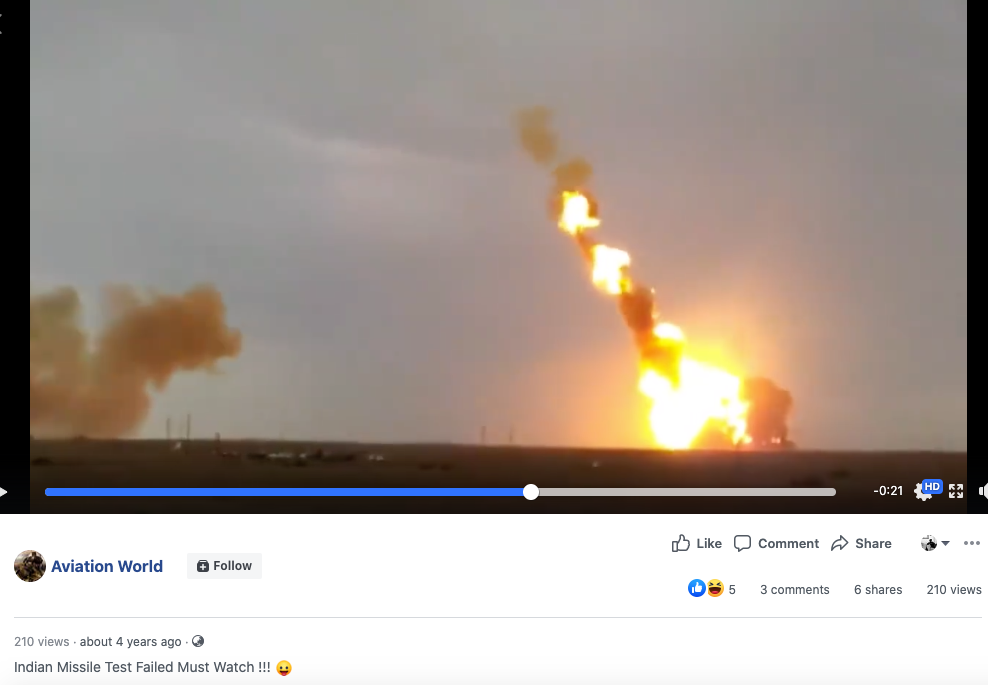 We extracted the keyframes of the video through InVid and put them through Reverse Image Search. The search led us to the extended version of the same video on YouTube dated July 31, 2013.

On closely analysing the audio, we noticed the dialect of the people talking in the background which establishes that the video is NOT from India.

Though the description of the video suggested that the video is of a failed rocket launch in North Korea, however, we saw several comments claiming it to be from Russia. 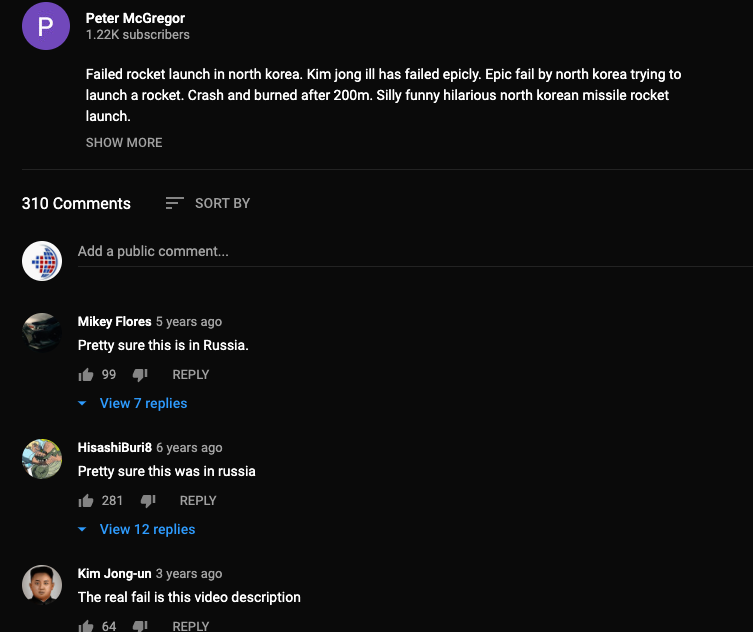 On digging further, we ran a search using keywords (not keyword) such as ‘Rocket’, ‘crash’, ‘Russia’, which led us to the video of the same incident from the different angle posted by The Telegraph on their official YouTube channel on July 1, 2013.

In conclusion, the above information proves that the video in question has no connection with India and is seven-years-old.