Home NM FACT CHECKER Fact Check: Was this man in Rajasthan tortured and forced to drink... 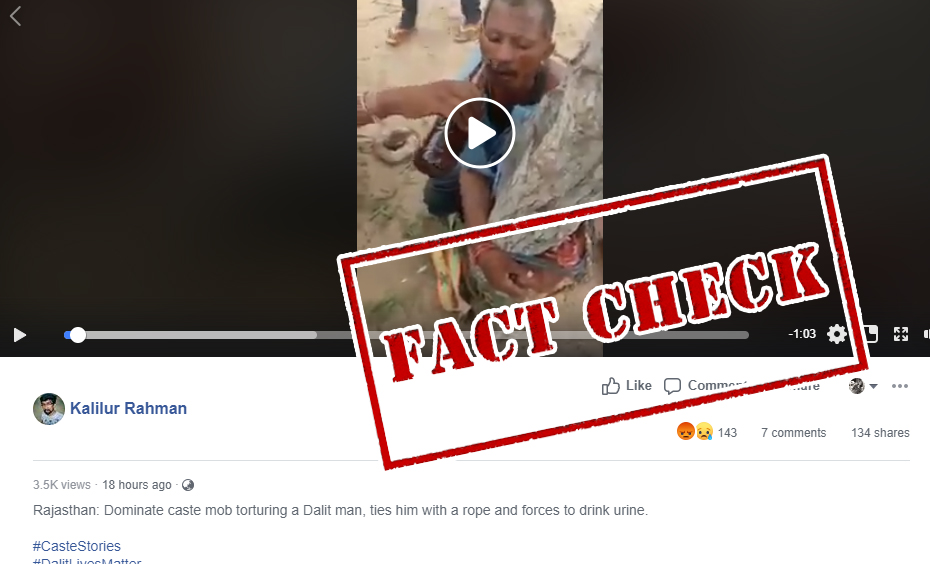 Video of a man being tied to a tree and tortured is being shared on social media.

The post claims that the man was forced to drink urine because he is a Dalit. 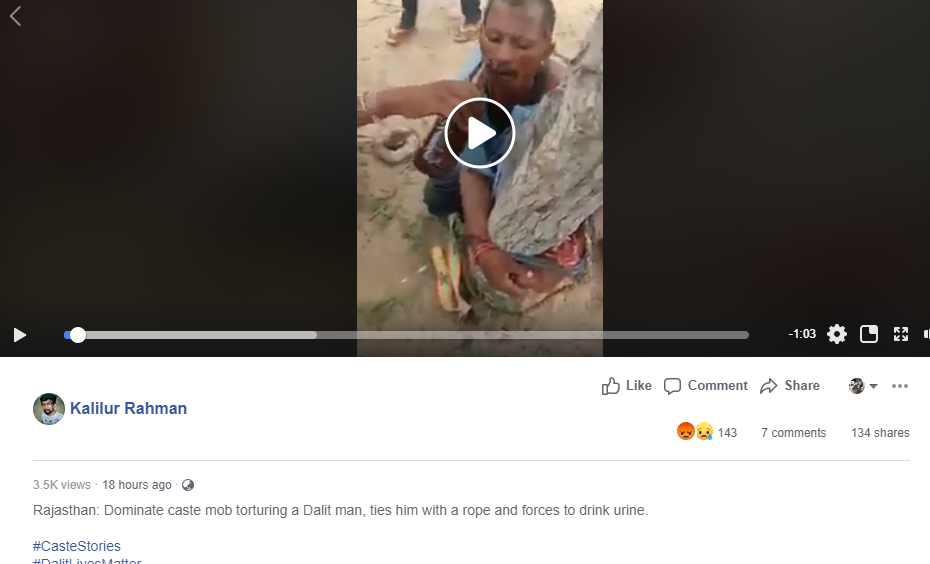 More such post can be seen here, here and here.

NewsMobile fact checked the post and found it to be misleading.

We ran a keyword search and came across a report by news agency ANI dated July 29, 2020. According to the report, the incident took place in Barmer, Rajasthan.

“We took cognisance of the video. Upon primary investigation, it was revealed that the matter is related to Chohtan police station and both the victim and the perpetrators were from the same family. The two parties had reached a compromise later on and, therefore, had not lodged a complaint with the police,” ANI quoted Superintendent of Police (SP) Barmer, Anand Sharma as saying. 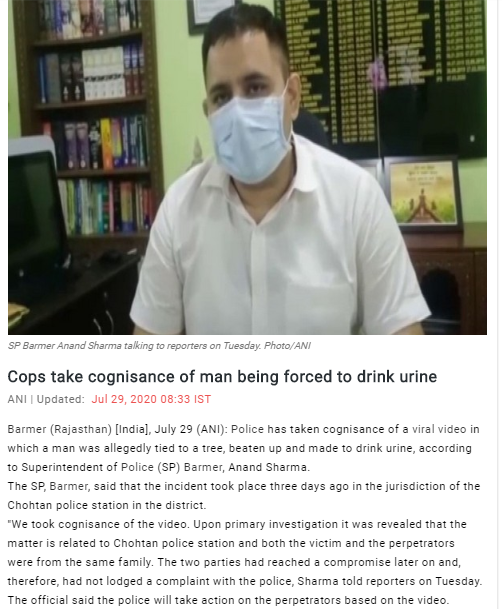 “We have sent the SHO to the spot. A case will be registered and action will be taken against the culprits. Primary investigations have revealed that the matter is related to an affair with a woman. But we have received no such complaint yet,” he added.

While investigating further, we found a tweet by Barmer Police dated July 31, 2020. In response to a similar claim, the police clarified that the case has nothing to do with the caste and it’s a family affair.

“In this video, it is falsely stated that a Dalit person was tortured by the dominant caste. Whereas, in reality, the incident took place 5 days ago over a family dispute. Taking cognizance, police filed an FIR and took 6 people into custody, ” the tweet read in Hindi.

Hence, based on the above information, it can be concluded that the video is being shared with a misleading claim. 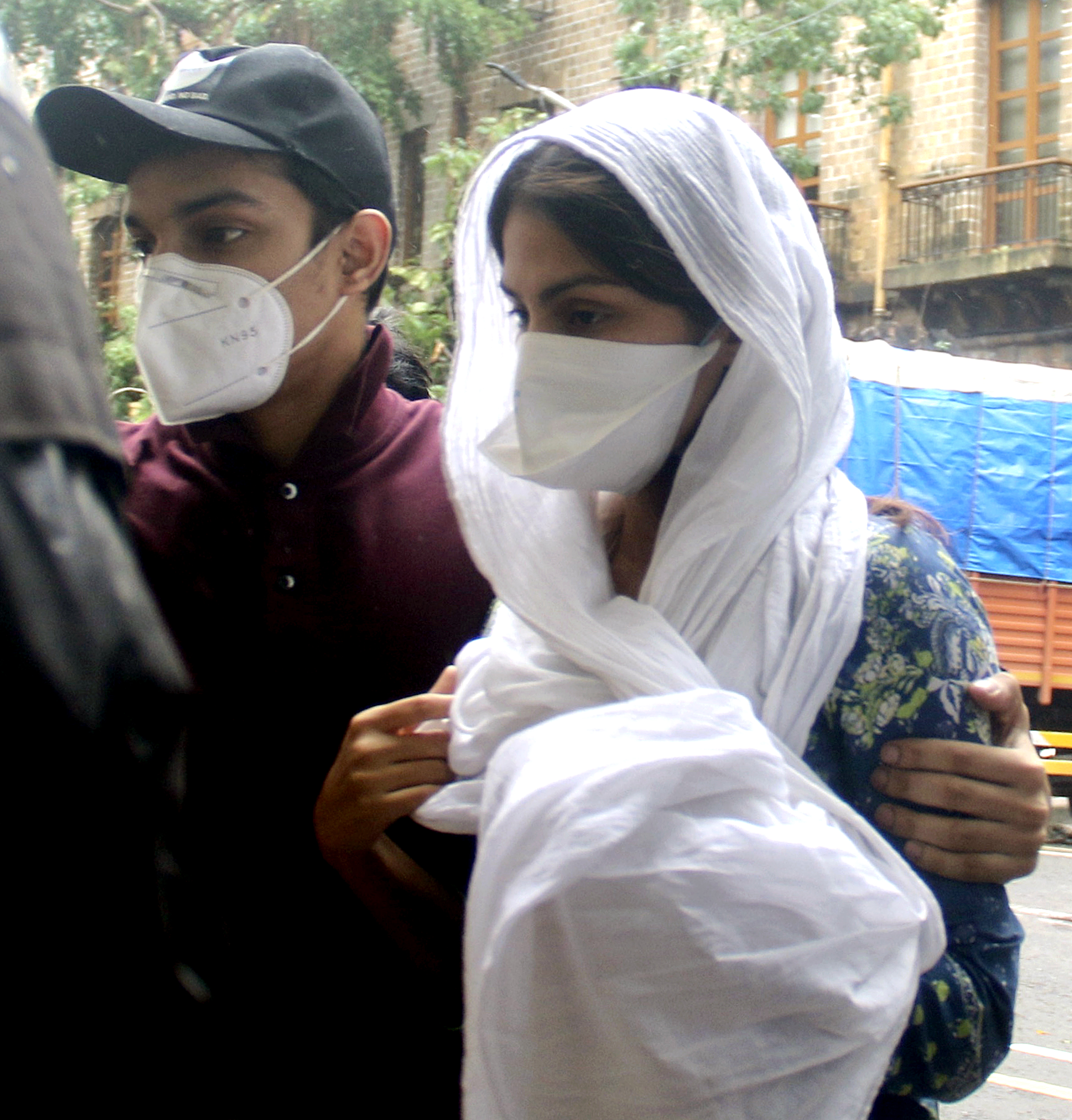