Home Cityscape Malls to reopen in Maharashtra even as lockdown extended till Aug 31,... 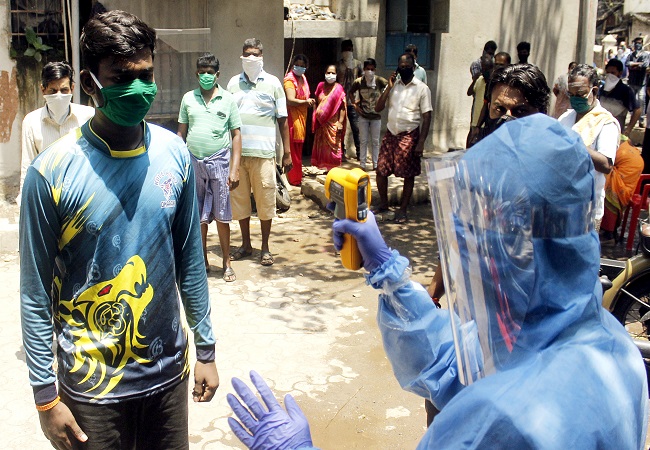 With  Maharashtra topping the list of  the states with the most number of  Covid-19 cases, the state government on Wednesday extended the lockdown till August 31. As the country steps into Unlock 3 some relaxation are being given to the people of Maharashtra.

Under the new guidelines announced by the state, malls and market complexes will be allowed to function from 9 am to 7 pm. However, theatres, food courts and restaurants will remain closed. Further, the night curfew will remain in place in the state despite the Centre removing it.

The state now has over 14 lakh cases alone and the surge in carona positive cases is nowhere slowing down. Addressing the media about the extended lockdown, the chief Secretary Sanjay Kumar said the state remains “threatened with the spread of Covid-19”, adding that restrictions would be eased in a “phase wise manner with SOPs ”.

Another major highlight from the state was the findings of a Sero- Surveillance survey. A total of 6,936 samples were collected from 3 wards in slums and non-slums in the first round of Serological Surveillance for SARS-CoV2 commissioned by NITI-Aayog, Municipal Corporation of Greater Mumbai (MCGM) and Tata Institute of Fundamental Research (TIFR).

The survey shows around 57 percent of the population in certain slums had been exposed to Sars-Cov2, the virus that causes COVID-19 and has built antibodies against it. Sero-prevalence was around 16 percent in non-slums. The results of the study suggest that asymptomatic infections are likely to be highest proportion of all infections.

BMC suggested that common toilets and common water supply can be some of the reasons behind higher exposure to the virus in densely populated slum areas. An estimate on the infection fatality rate (IFR) which means the rate by which this infection can take lives, was made. The estimate was based on the current prevalence of the virus and record of earlier deaths due to the virus. IFR was estimated to be very low (0.05-0.10) which indicates a growing herd immunity in the slum areas. According to BMC, this could be attributed to effective containment efforts and active measures to isolate symptomatic cases by MCMG.

On the contrary,  the lowest prevalence in non-slums could be due to better social distancing and access to better hygiene in addition to interventions by MCGM to stem the spread of infection. BMC explained,”Although it is still unclear what level of prevalence leads to herd immunity, findings indicate that at least in slums this could be attained sooner than later, if the immunity exists and persists in a significant proportion of the population.”

According to the Indian Council of Medical Research (ICMR), sero-surveys help to understand the proportion of the population exposed to SARS-CoV-2 infection including asymptomatic individuals. Depending upon the level of seroprevalence of infection, appropriate public health interventions can be planned and implemented for prevention and control of the disease.