Home NM FACT CHECKER Fact Check: Here’s the truth behind this picture of the woman with...
ShareTweetGoogleWhatsappPrint
Mail

A picture of a woman has surfaced on the internet in which she can be seen holding a placard. The text on the placard is asking people if they want to see Narendra Modi as the Prime Minister till 2029. People are also asked for a response: Yes or No. 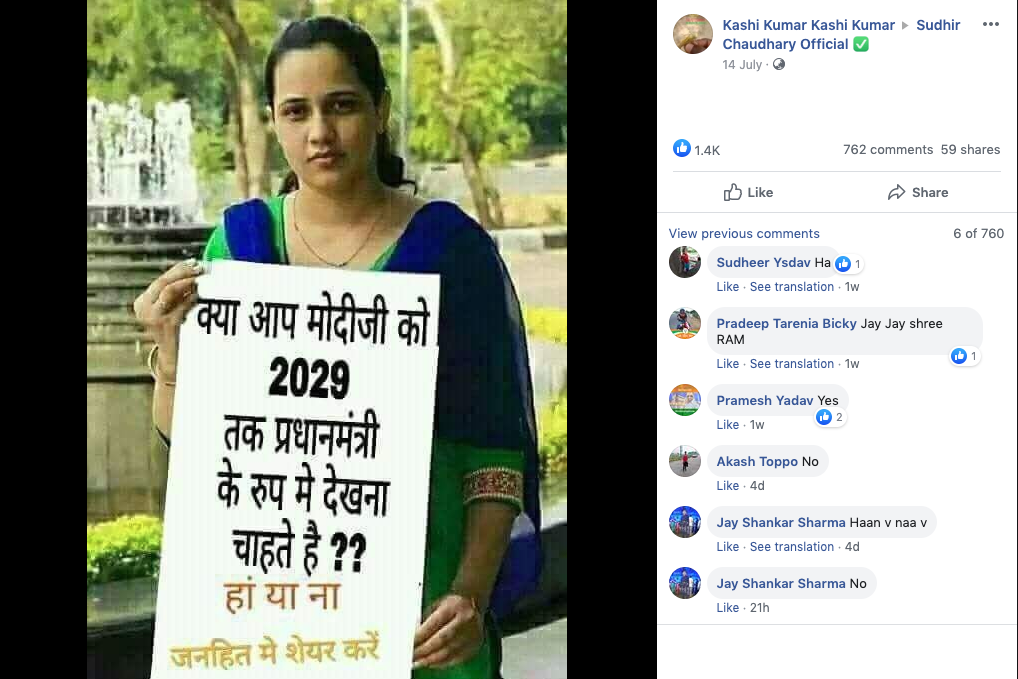 (Translation: Do you want to see Modi as Prime Minister till 2029?)

ALSO READ: Truth behind visuals of two men being beaten up…

On putting the picture through Reverse Image Search, we found several similar pictures with different text on the placard.

On closely analysing several pictures, we found the original picture on a Facebook page (Speaking Frame), posted on November 09, 2014. 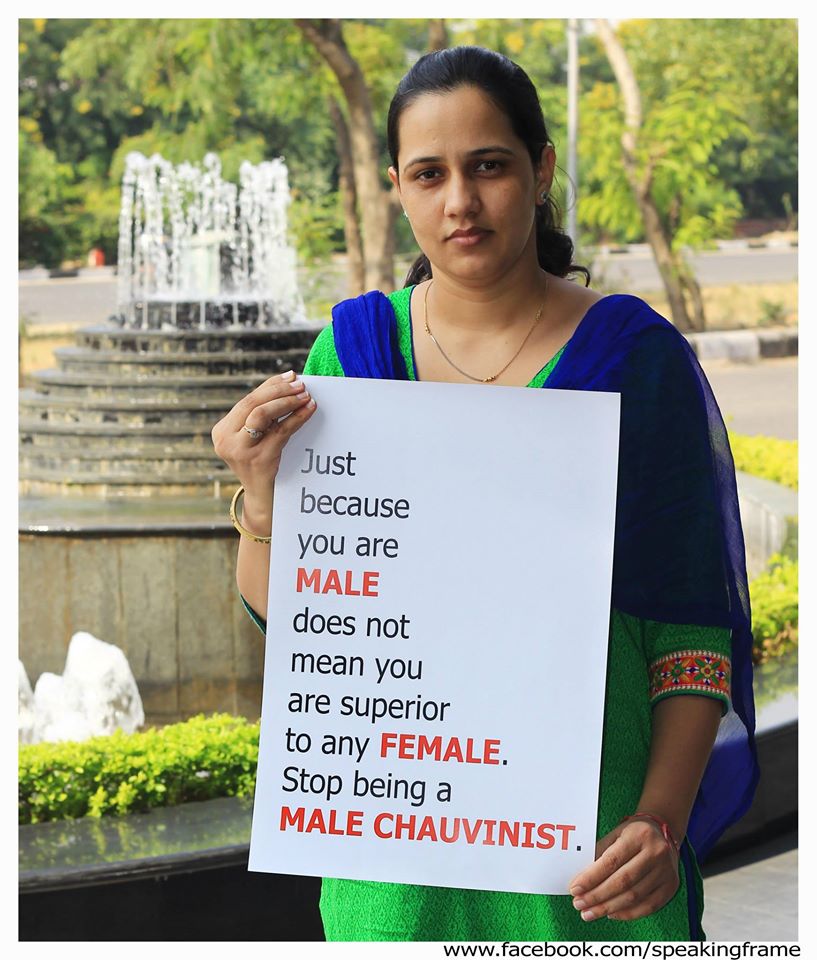 The text on the placard read: “Just because you are MALE does not mean you are superior to any FEMALE. Stop being a MALE CHAUVINIST.” 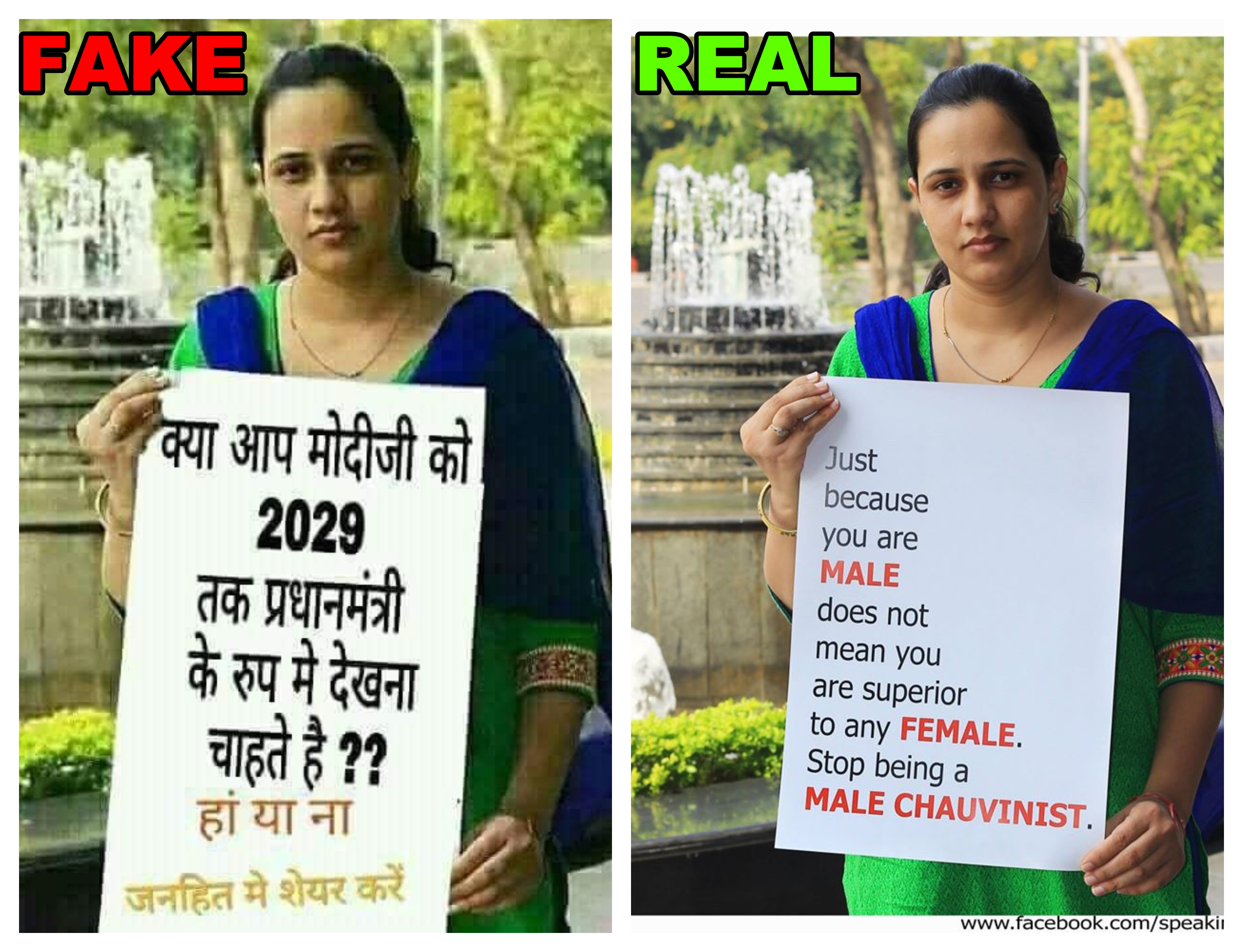 In the above FAKE vs REAL collage, it is clear that the text on the placard was replaced using photo editing software.

In conclusion, it can be concluded that the picture in question is manipulated and is FAKE.