Amid the ongoing political crisis in Rajasthan, a picture of Chief Minister Ashok Gehlot is doing the rounds on social media.

In the picture, Gehlot can be seen pouring tea into a cup and it is being claimed that Gehlot had to resort to serving tea to his own party members in order to garner their support.

(Translation: Time is very powerful. The one who used to make fun of the tea-seller (PM Modi), is now serving tea to his own party members to gain their support.)

Upon putting the image through Reverse Image Search, we found the same image, along with some others, on the website of Getty Images. 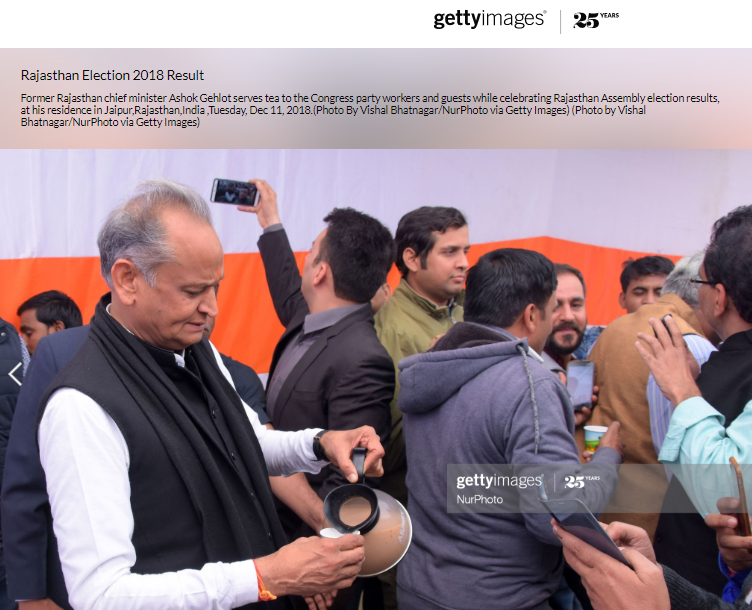 However, based on the above facts, it is clear that the picture is not recent and has no connection with the ongoing political rift between Ashok Gehlot and Sachin Pilot. Hence, the post is misleading.