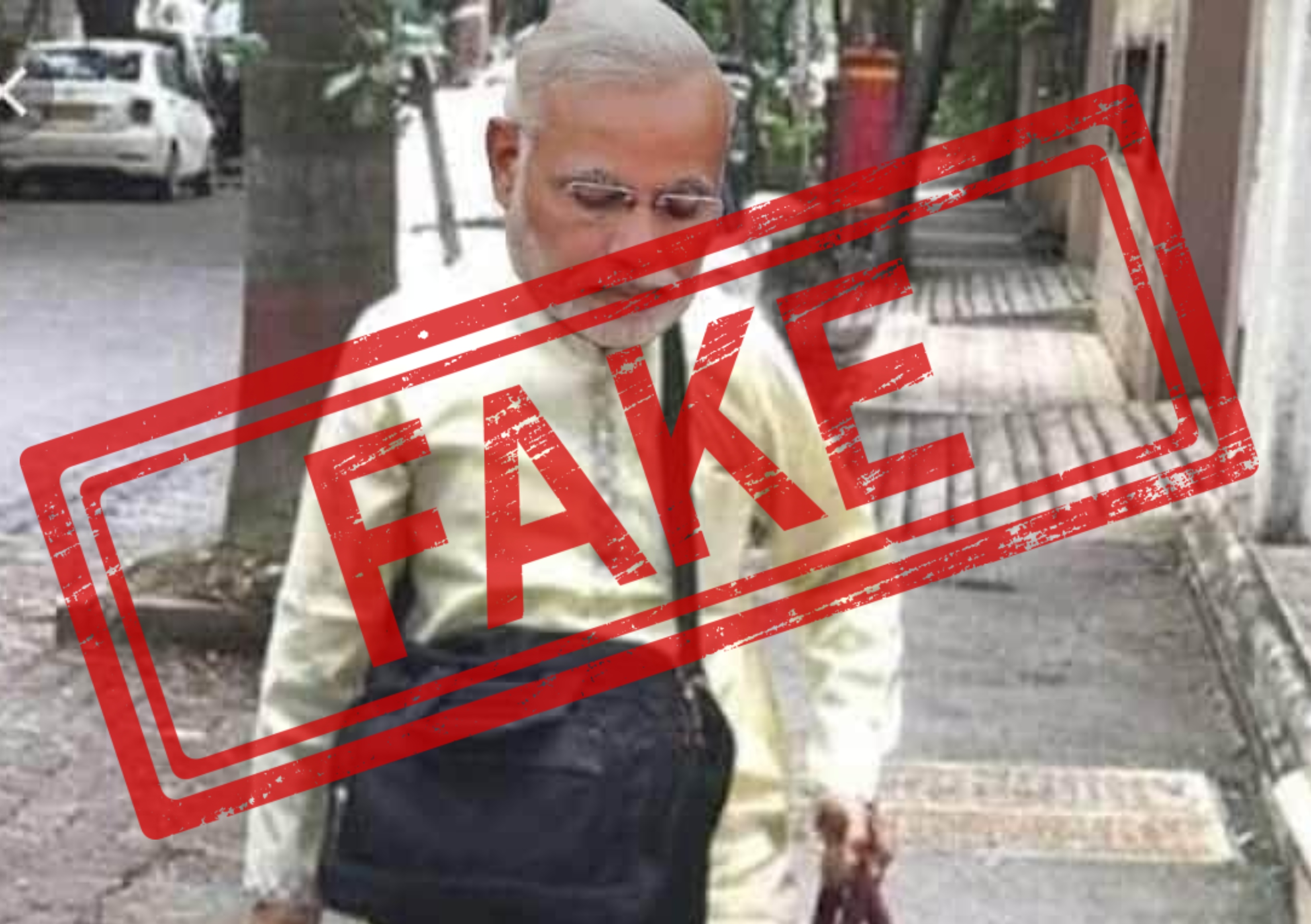 A picture has surfaced on the internet in which Prime Minister Narendra Modi can be seen walking on a road, holding two huge bags, wearing dhoti-kurta. 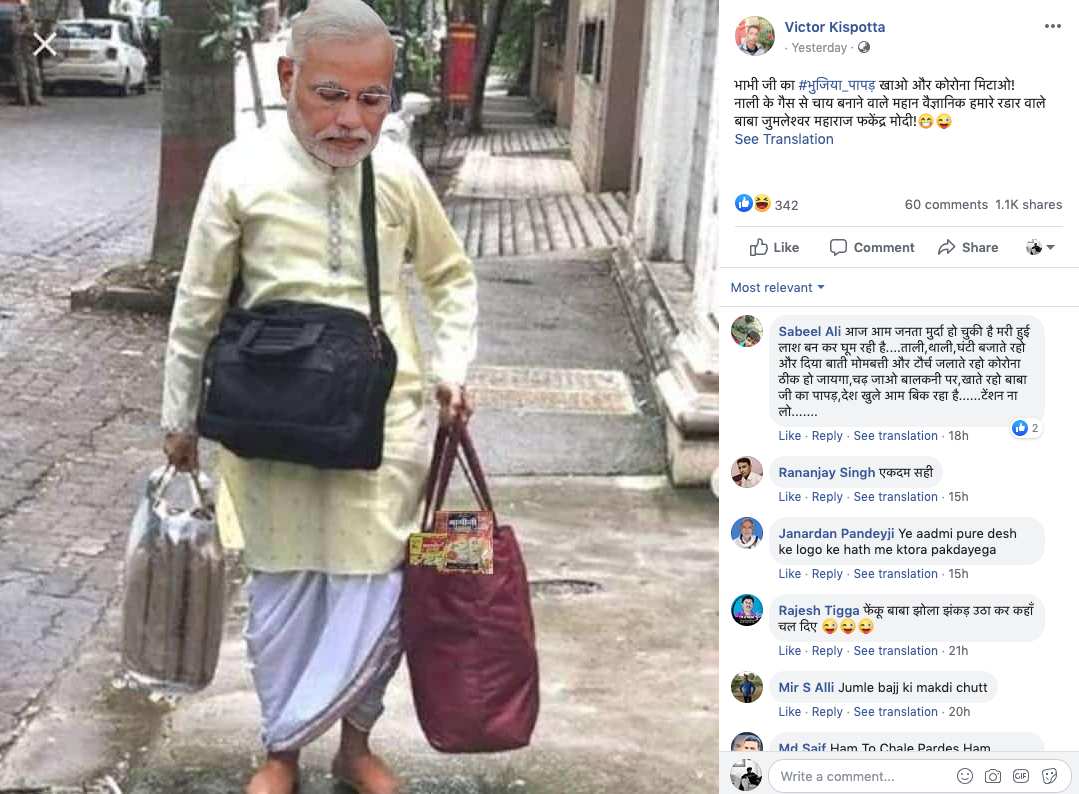 At the time of filing this report, the above post was shared over 1,100 times.

On putting the picture through Reverse Image Search, we found the original picture in several reports. According to a report by The Times of India, dated August 19, 2018, the man in the picture is the priest who performed Priyanka Chopra and Nick Jonas’s engagement rituals. 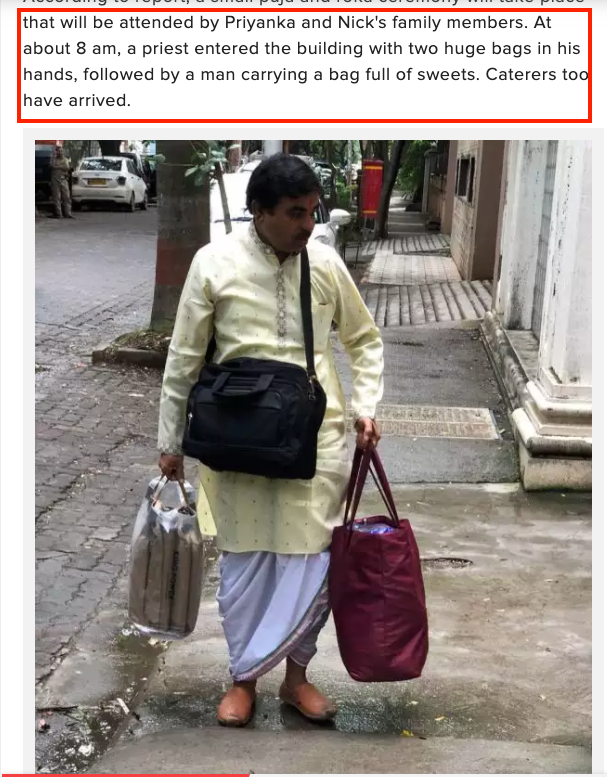 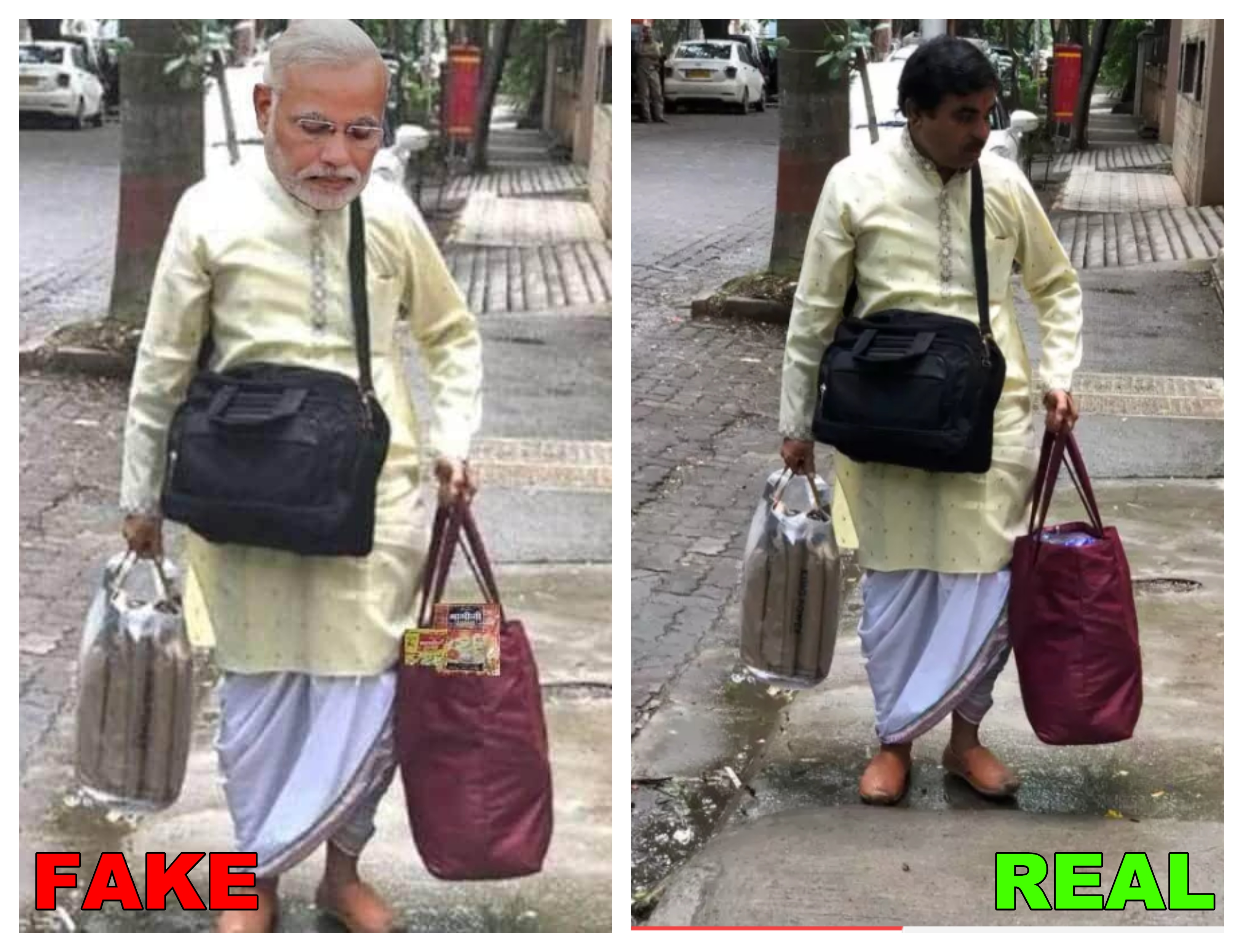 It is clear in the above FAKE vs REAL collage that the priest’s face was replaced by PM Modi’s, using photo editing software, to create a misleading image.

On digging further, we also found the picture of PM Modi from which his face was extracted to create the morphed picture. 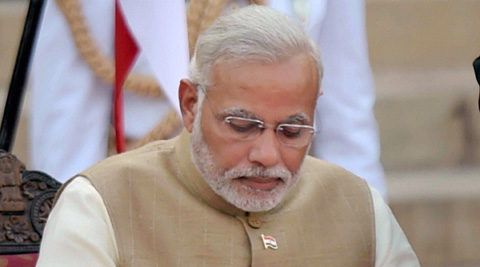 The picture was taken when PM Modi signed the register after taking oath as the Prime Minister for his first term on May 26, 2014.