A picture has surfaced on social media in which a woman can be seen weeping on the road while army personnel are standing in the front. It is being claimed that she was stopped from proceeding towards her examination centre in Kashmir.

The caption read: “she was stopped from proceeding towards her examination centre…
#Free_Kashmir…
#Stop_Barbarism…
#Born_To_Free…”

ALSO READ: Fact Check: Don’t fall for this morphed picture of US President…

On putting the picture through the Reverse Image Search, we found the same picture on the official website of Getty Images. 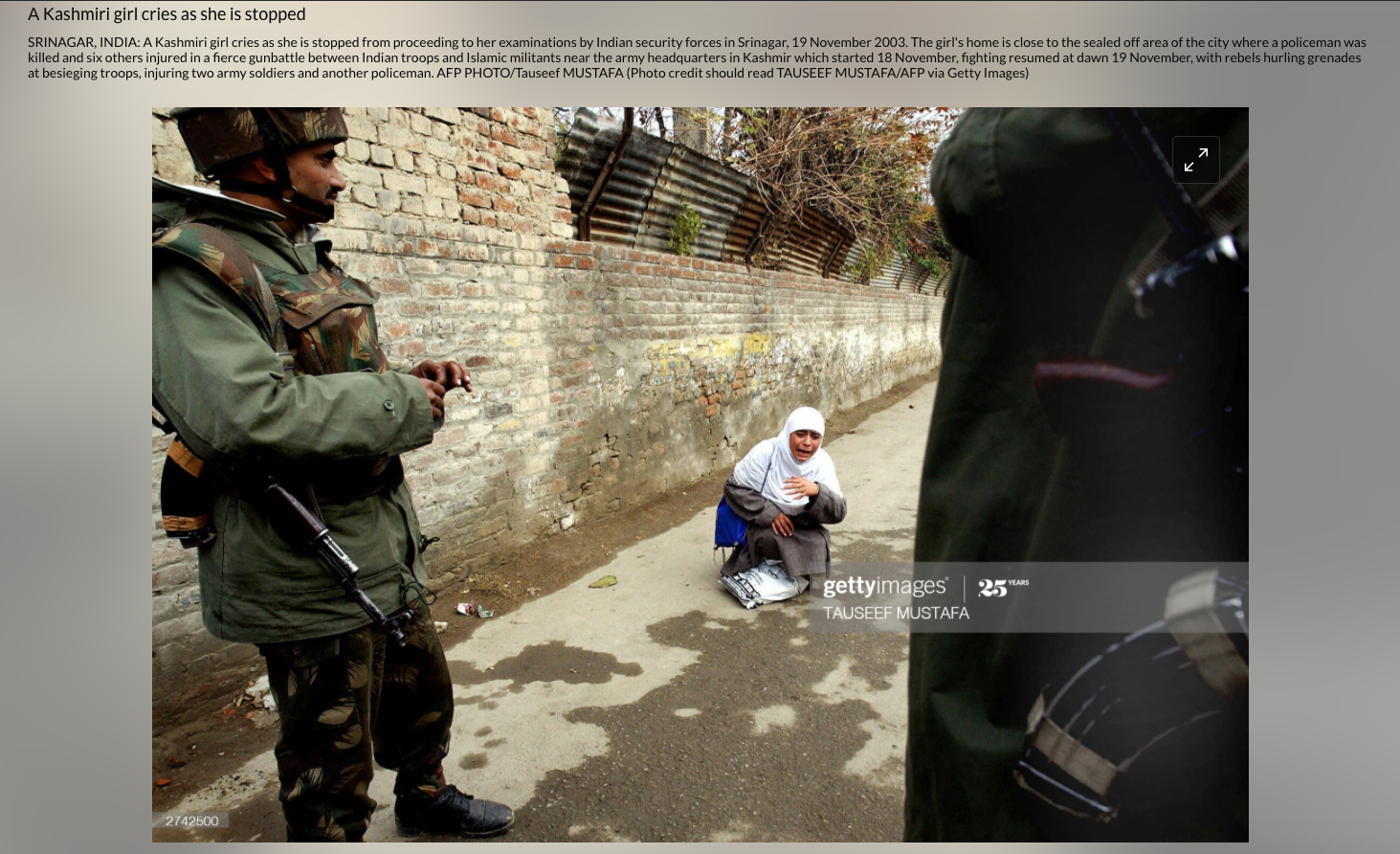 As per the caption, the above picture was taken on November 19, 2003, in Srinagar.

The caption read: “SRINAGAR, INDIA: A Kashmiri girl cries as she is stopped from proceeding to her examinations by Indian security forces in Srinagar, 19 November 2003. The girl’s home is close to the sealed-off area of the city where a policeman was killed and six others injured in a fierce gunbattle between Indian troops and Islamic militants near the army headquarters in Kashmir which started 18 November, fighting resumed at dawn 19 November, with rebels hurling grenades at besieging troops, injuring two army soldiers and another policeman.”

In conclusion, the above information proves that though, the claim attached to the picture is true, but the picture is not recent as it was taken almost 17-years-ago. Hence, the post in question is misleading.