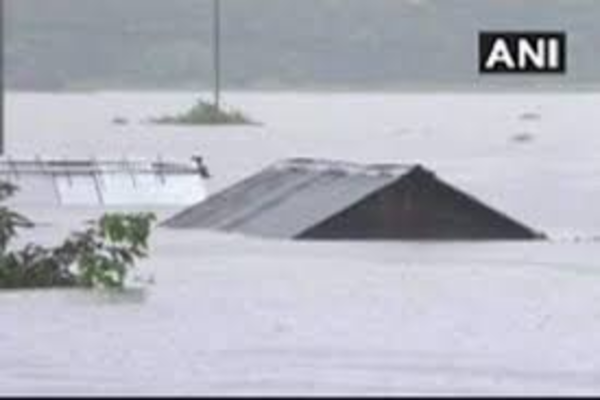 Floods have left behind a trail of destruction in Assam. At least 76 people have died and nearly 54 lakh people have been affected in 30 districts across the state due to floods.

“76 deaths and 53,99,017 people affected across 30 districts due to floods till July 17,” said Assam State Disaster Management Authority (ASDMA). A total of 552 relief camps has been established in the state, the ASDMA report reads. At least 95 animals have also died.

96 animals died at Kaziranga National Park and Tiger Reserve, Bokahat in the flood which hit parts of the state. 8 rhinos, 3 wild buffaloes, 7 wild boars, 2 swamp deers, 74 hog deers and 2 porcupines have died in the flood: Government of Assam pic.twitter.com/Rd1WsJ8RlQ

Additionally, over 2.4 lakh hectares of agricultural land has been affected while 76,003 people have been evacuated from the flood-affected areas.Earlier, the Minister of State (Independent Charge), Chandan Brahma had said that low-lying areas in the Chirang district got submerged due to flooding in the area.

Meanwhile, former Prime Minister HD Deve Gowda has expressed his concerns over the Assam floods, stated that it was “very unfortunate” that the people of the state have to battle the flood and the COVID-19 pandemic at the same time.He further appealed to the Centre to pay “urgent attention” to the situation in Assam and provide immediate relief.