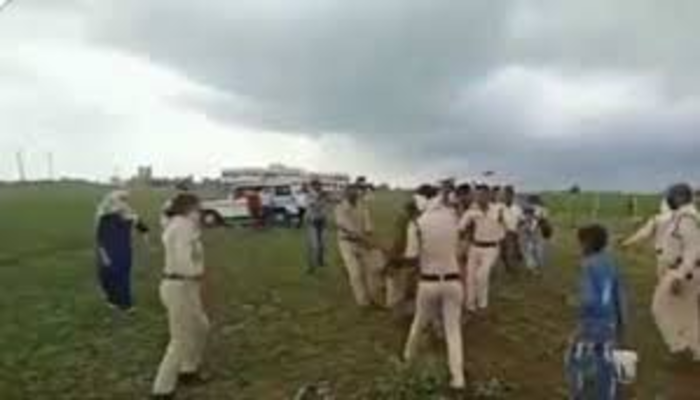 In the latest update, six policemen have been suspended by the Madhya Pradesh government in the matter wherein a couple consumed poison after they were manhandled by police during an anti-encroachment drive in Guna. Earlier today magisterial inquiry was  also ordered of the matter. 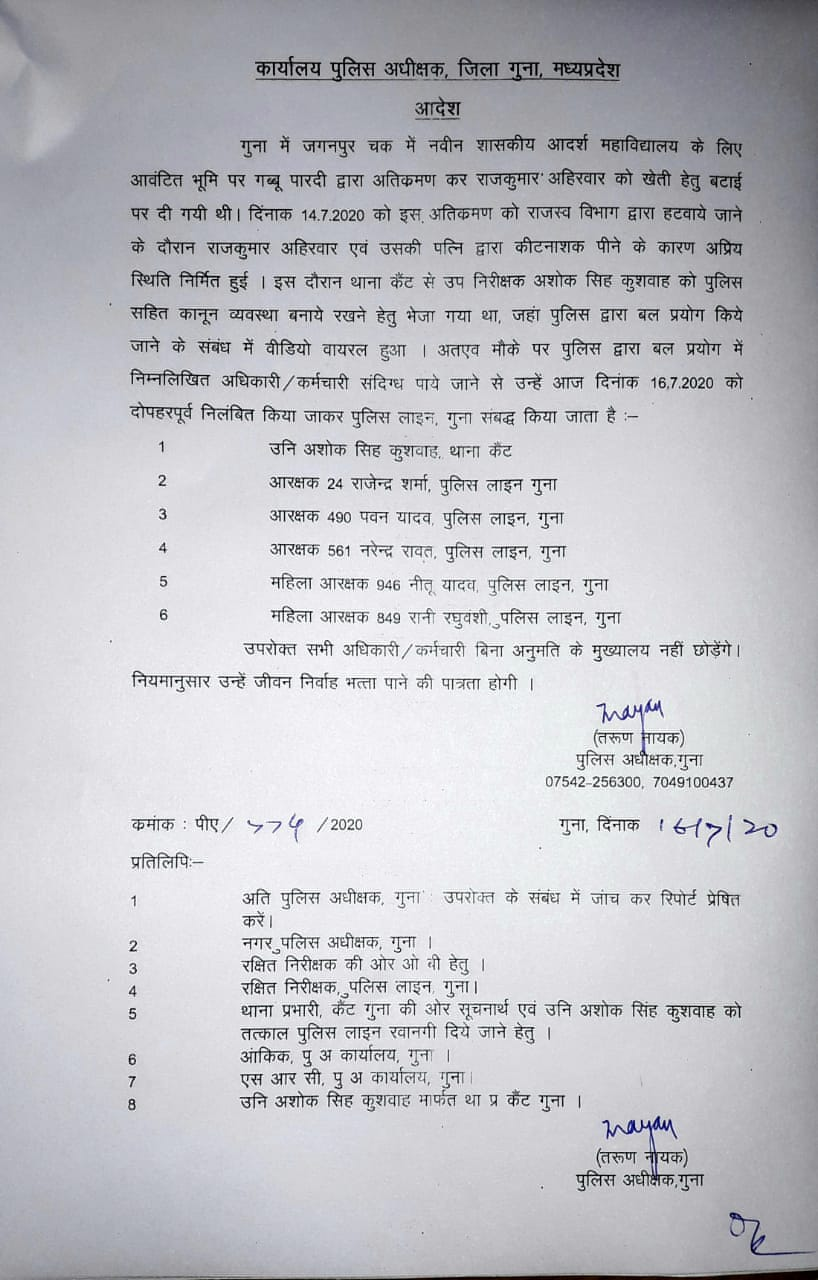 The video of a Dalit couple being beaten up by the police in Madhya Pradesh’s Guna district has provoked heated reactions from the opposition. Congress MP Rahul Gandhi on Thursday tweeted the video of the incident, saying ‘Our fight is against this kind of thinking and injustice.”

Madhya Pradesh Ex-CM Kamal Nath also reacted on the issue and hit out at the current government by saying “It is very sad that the state is now recognized for atrocities on Dalits. This govt is govt of trade. It only announced that land will not be taken from the poor. But, the same is not followed. This is the real face of the government.”

Incident is very upsetting. Transferring officers is of no use, these tactics are only part of a show but building a good environment is what matters. Officers removed today will be posted someplace good tomorrow: Former Madhya Pradesh CM & Cong leader Kamal Nath on #Gunaincident pic.twitter.com/0HR68HkeEp

He added “The incident is very upsetting. Transferring officers is of no use, these tactics are only part of a show but building a good environment is what matters. Officers removed today will be posted someplace good tomorrow.”

Major uproar amongst netizens erupted after the video of a couple in Madhya Pradesh’s Guna district being manhandled by the police went viral on Wednesday. The couple had allegedly consumed pesticide after they were beaten up by police during an anti-encroachment drive on Tuesday.

The incident took place when the police tried to remove people who had encroached land allotted for college in the district.

The duo is in stable condition. “Land has been allotted for college. So people, who had encroached it, were being removed. Both husband and wife consumed pesticide after which they were admitted to a hospital. Both are in stable condition,” Tehsildar N Singh said.

Taking cognizance of the incident, Madhya Pradesh Chief Minister Shivraj Singh Chouhan late on Wednesday night directed immediate removal of the Collector and SP of Guna. The state government has also ordered a high-level inquiry into the incident.

Purportedly, the incident happened as about 20 bighas of land were allotted in the Jaganpur Chak area of Guna for the construction of a college. Rajkumar Ahirwar and his wife were allegedly be-fooled and provided land on lease by someone, they weren’t aware that this was government’s land. They, who claimed that they had been farming on the vacant land for years.

During the encroachment removal drive, the squad of the local administration damaged the crops sown by the farmer. Despite several pleadings by the farmer, the police didn’t stop and in retaliation, he drank pesticide in front of the officers. His wife also drank it from the same bottle.

Following the incident,the policemen started forcing both of them into a jeep. But both clung to each other. While police started beating them. After which, the video of the incident had gone viral