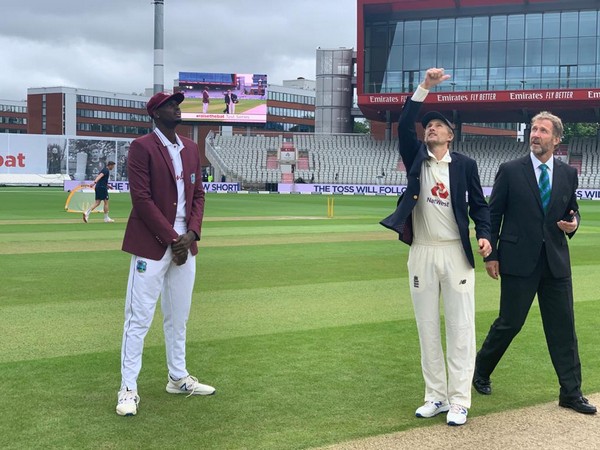 Manchester: West Indies on Thursday won the toss and elected to bowl first against England in the second Test of three-match series at the Emirates Old Trafford Stadium in Manchester.

This is a must-win match for England if the side wants to regain the Wisden Trophy. England had already announced that the side would be resting James Anderson and Mark Wood in the second Test. Regular skipper Joe Root also made his comeback into the side.

On the other hand, West Indies made no change to their playing XI.

Earlier today, England and Wales Cricket Board (ECB) announced that pacer Jofra Archer has been excluded from the second Test against West Indies after the bowler breached the team’s bio-secure protocols.

“Archer will now commence five days of isolation and will undergo two COVID-19 tests in this period, which have to test negative before his self-isolation period is lifted,” ECB said in a statement.

The board said that the West Indies team has been made aware and they are satisfied with the measures that have been imposed.

Extending an apology for his action, Archer said he put the whole team and management in “danger” and he has “let both teams down”.

“I am extremely sorry for what I have done. I have put, not only myself, but the whole team and management in danger. I fully accept the consequences of my actions. I want to sincerely apologise to everyone in the bio-secure bubble,” ECB’s official website quoted Archer as saying.

“It deeply pains me to be missing the Test match, especially with the series poised. I feel like I have let both teams down, and again I am sorry,” he said.

West Indies won the first Test of the three-match series by four wickets and the side needs to win just one more match to retain the Wisden Trophy.