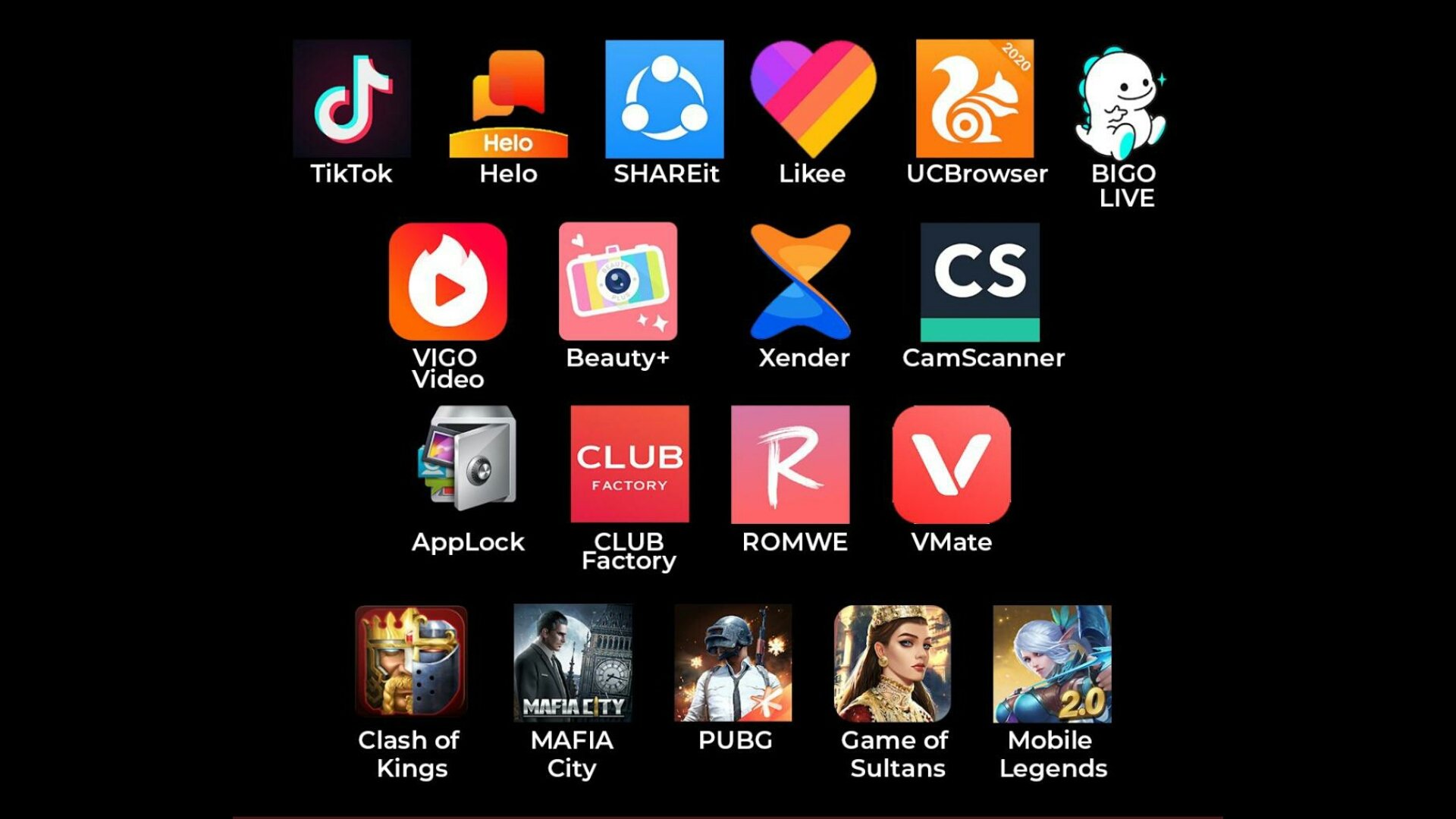 Extending support to Trump administration’s efforts to restrict TikTok and other social media platforms linked to the Chinese Communist Party (CCP) from accessing US markets, the Parliamentarians in their letter to the President have alleged that these popular apps’ “data collection practices, coupled with China’s onerous cyber security laws requiring all companies operating in China, including TikTok’s parent company, ByteDance, to share user data with CCP authorities, present a very real threat to US national security”. 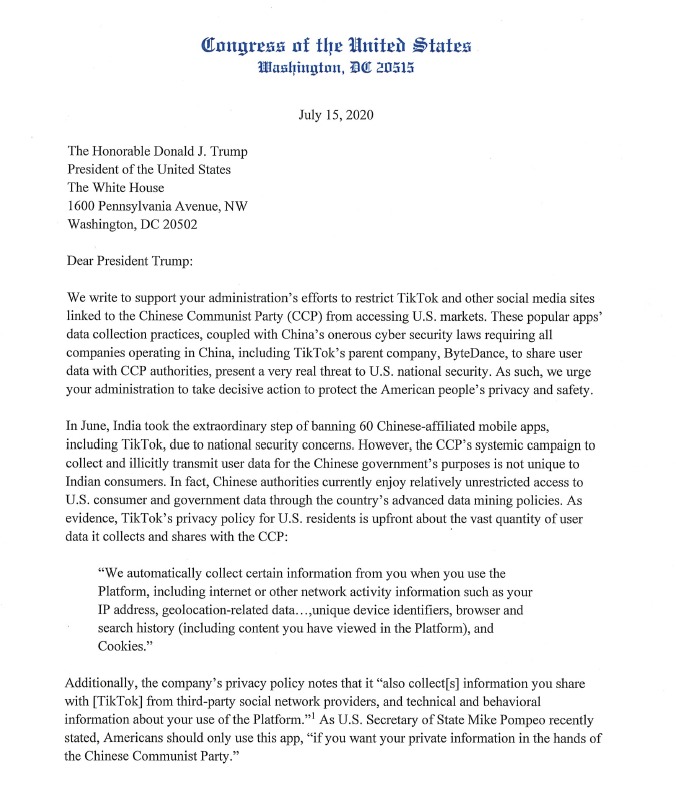 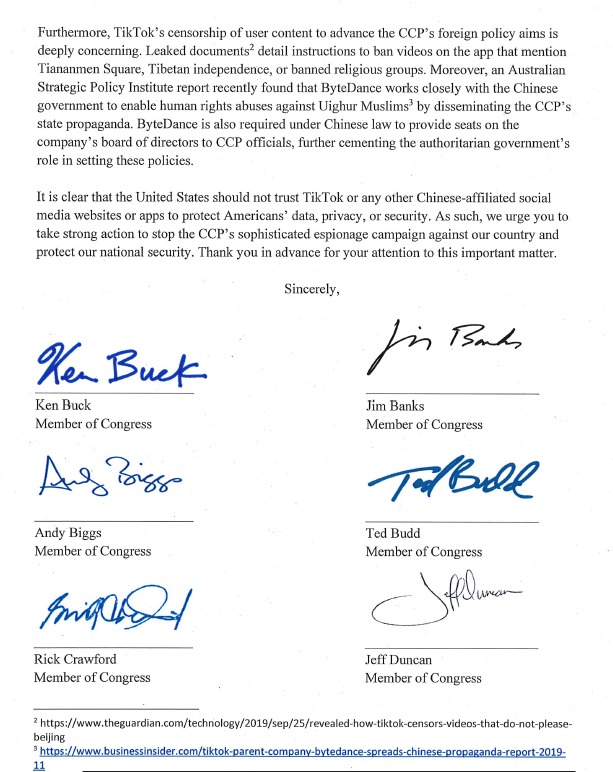 Pressing upon the need to ban the Chinese apps in the United States, the Parliamentarians said, “As such, we urge your administration to take decisive action to protect the American people’s privacy and safety.”

Talking of India’s move to ban the Chinese apps in June, they said, “In June, India took the extraordinary step of banning 60 Chinese-affiliated mobile apps, including TikTok, due to national security concerns. However, the CCP’s systemic campaign to collect and illicitly transmit user data for the Chinese government’s purposes is not unique to Indian consumers.”

Drawing attention to TikTok’s stated privacy policy, the lawmakers highlighted what TikTok states: We automatically collect certain information from you when you use the platform, including internet or other network activity information such as your IP address, geolocation-related data…, unique device identifiers, browser and search history (including content you have viewed on the platform), and cookies.

Reiterating that the United States must not trust Chinese apps, the lawmakers said that TikTok’s privacy policy notes that it “also collects information you share with (TikTok) from third-party social network providers and technical and behavioural information about your use of the platform”.

As US Secretary of State Mike Pompeo recently stated, Americans should only use this app “if you want your private information in the hands of the Chinese Communist Party”, they pointed out.

Furthermore in the letter they also highlighted TikTok’s censorship of user content to advance the CCP’s foreign policy. “This is deeply concerning. Leaked documents detail instructions to ban videos on the app that mention Tiananmen Square, Tibetan independence, or banned religious groups”, they added.

The company is also required under Chinese laws to provide seats on its board of directors to CCP officials, further cementing the authoritarian government’s role in setting these policies, the letter said.