The Health Ministry on Tuesday said that the 20 states/UTs have a higher recovery rate than the national average of 63%. It also said that the total recovered cases of COVID-19 are about 1.8 times the number of active cases. 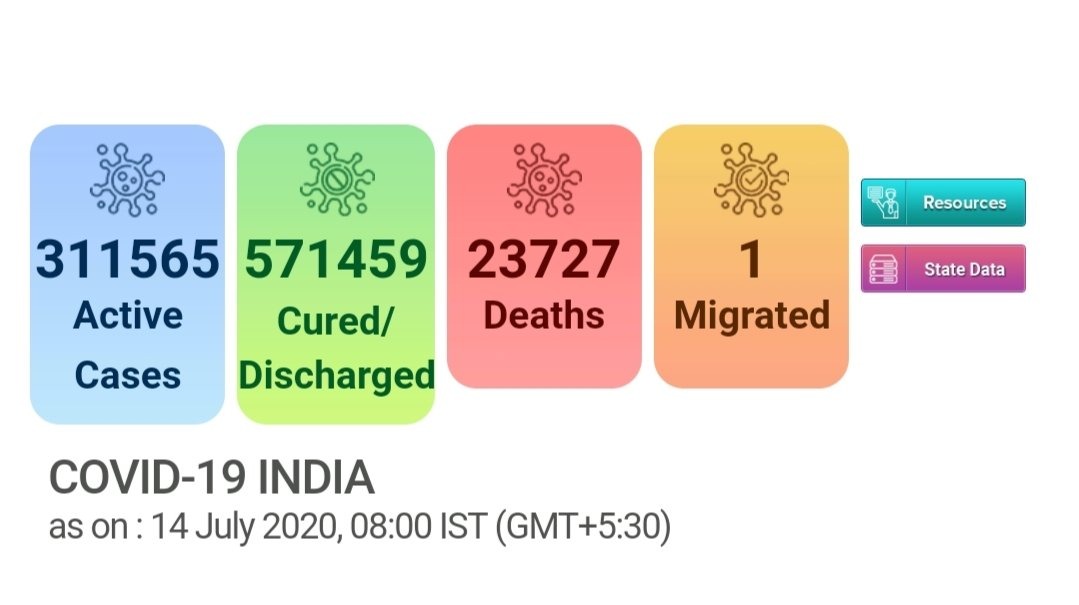 It a media briefing, it also assured that there has been a progressive decline in the daily growth rate of new COVID-19 cases.

Rajesh Bhushan, OSD, Ministry of Health said that 86% of the total cases are confined to 10 states. Two of these have 50% of these cases – Maharashtra and Tamil Nadu – and eight other states have 36% cases.

1. 22 States are currently performing more than 140 tests per day per million population or those states carrying out Comprehensive Testing in accordance with the guidance note issued by WHO in the context of COVID-19.

3. Despite being the second-most populous country of the world, the daily growth rate of new COVID-19 cases in India has been coming down continuously from around 38.2% in March to 3.24% on July 12.

4. 22 states are doing more than 140 COVID-19 tests per day/million as per the Comprehensive Testing guidance note by WHO.

5. There are 2 Indian indigenous candidate vaccines. They have undergone successful toxicity studies in rats, mice and rabbits. Data was submitted to DCGI following which both these got clearance to start early phase human trials early this month: Balram Bhargava, DG-ICMR.

6. These candidates have got their sites ready and they are doing their clinical study on approximately 1000 human volunteers each at different sites: Balram Bhargava, DG-ICMR.

8. COVID-19 is a droplet infection. There has been hypothesis & suggestions by several scientists that there may be some airborne transmission with microdroplets (less than 5 microns in size). What remains important is physical distancing & use of masks: ICMR DG Balram Bhargava