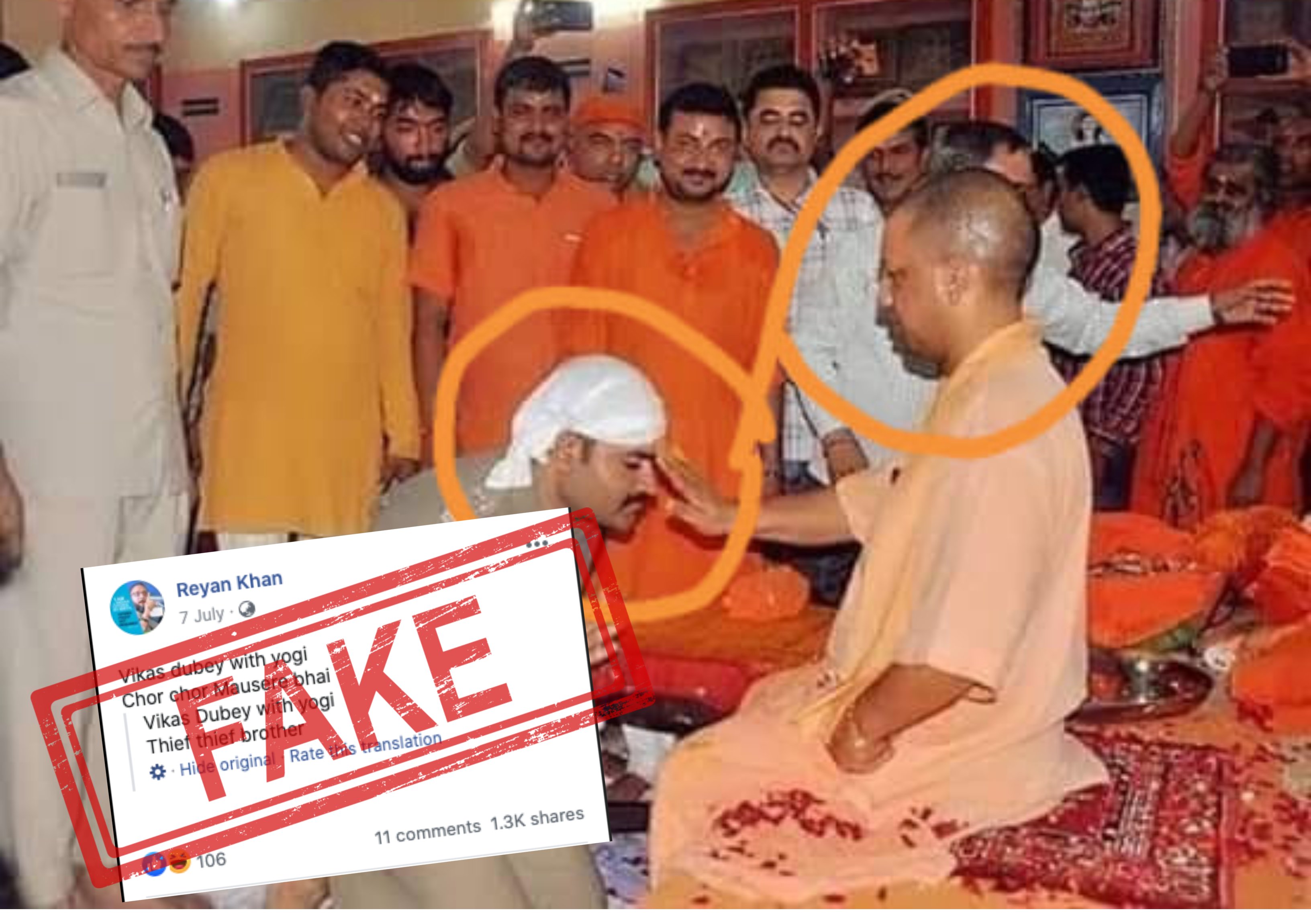 An image has been circulating online showing a man in police uniform bending and folding hands in front of UP CM Yogi Adityanath. 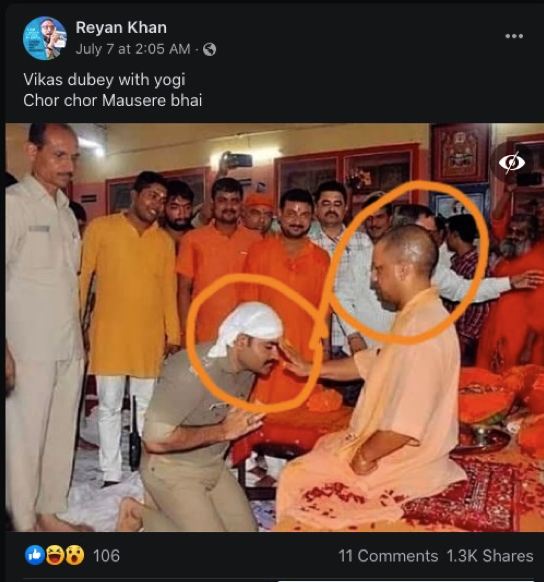 Our first red flag was the police officer did not resemble Vikas Dubey.

We ran the above image through a Google Reverse Image search and found that the man in the image was not gangster Vikas Dubey.

We found an article dated July 28, 2018 which mentioned that the police officer kneeling in front of Yogi Adityanath was Praveen Singh. 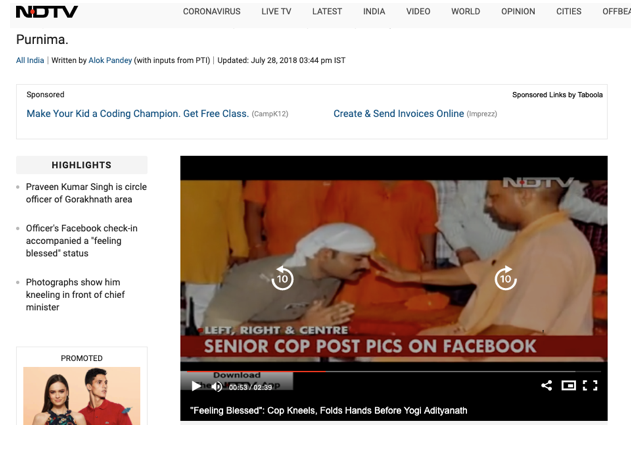 This post, which had been uploaded by the police officer on his Facebook, had garnered huge criticism on social media. The police officer had said that he was seeking blessings of Yogi Adityanath on the occasion of Guru Purnima, not in the chief minister’s capacity but as the head of the Gorakhnath temple. He later deleted the post.

Hence, the man in question here is not Vikas Dubey and this claim is FAKE.