Amid the ongoing political crisis in Rajasthan, a screenshot of a tweet has been doing the rounds on social media which is attributed to Deputy Rajasthan Chief Minister, Sachin Pilot’s wife, Sara Pilot. The tweet is drawing an attack on the Congress party after Pilot arrived in Delhi. 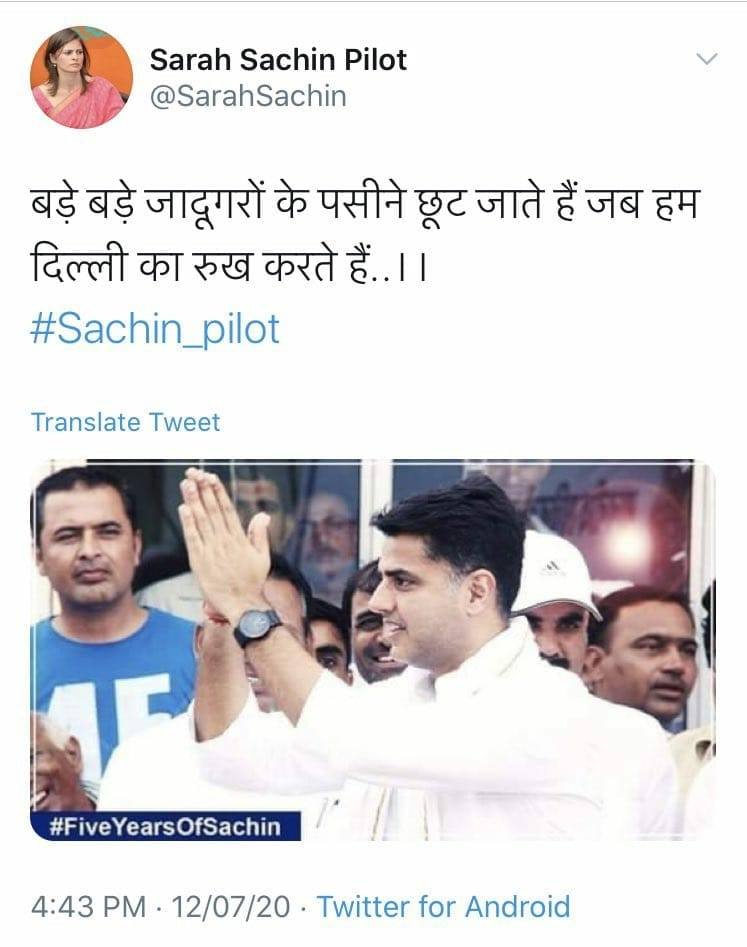 (Translation: The wizards starts sweating when we move to Delhi.)

The same screenshot was shared by several others on social media. Such posts can be seen here and here.

ALSO READ: Lakhs of rupees are not spent on PM Modi’s grooming; here’s…

NewsMobile fact-checked the above post and found that the tweet in question has been falsely attributed to Sara Pilot.

To begin our investigation, we looked for the Twitter handle (@SarahSachin). 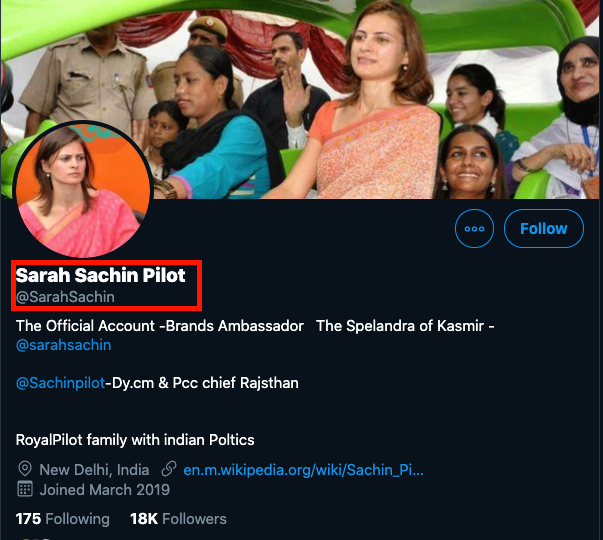 The first red flag was that the twitter handle from which the tweet was made is not verified (No Blue Tick) which is quite unlikely considering Sara Pilot’s social standing.

On further analysis, we noticed that basic spellings of Rajasthan and Kashmir were wrong in the bio, which also raises several red flags. 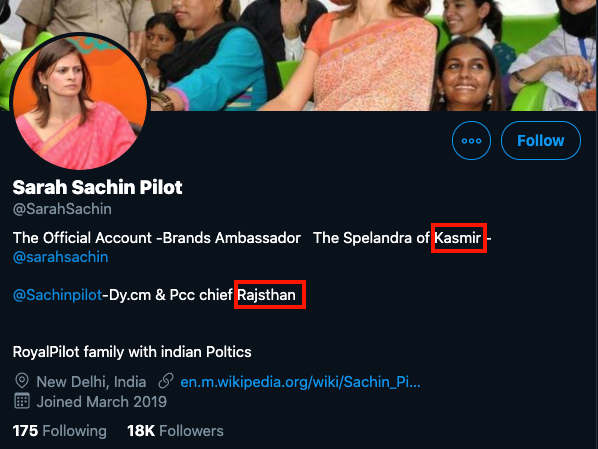 Moreover, we also found that Sara Pilot is not on Twitter.

In conclusion, taking our analysis into consideration, it will be safe to say that tweet in question is falsely attributed to Sara Pilot.