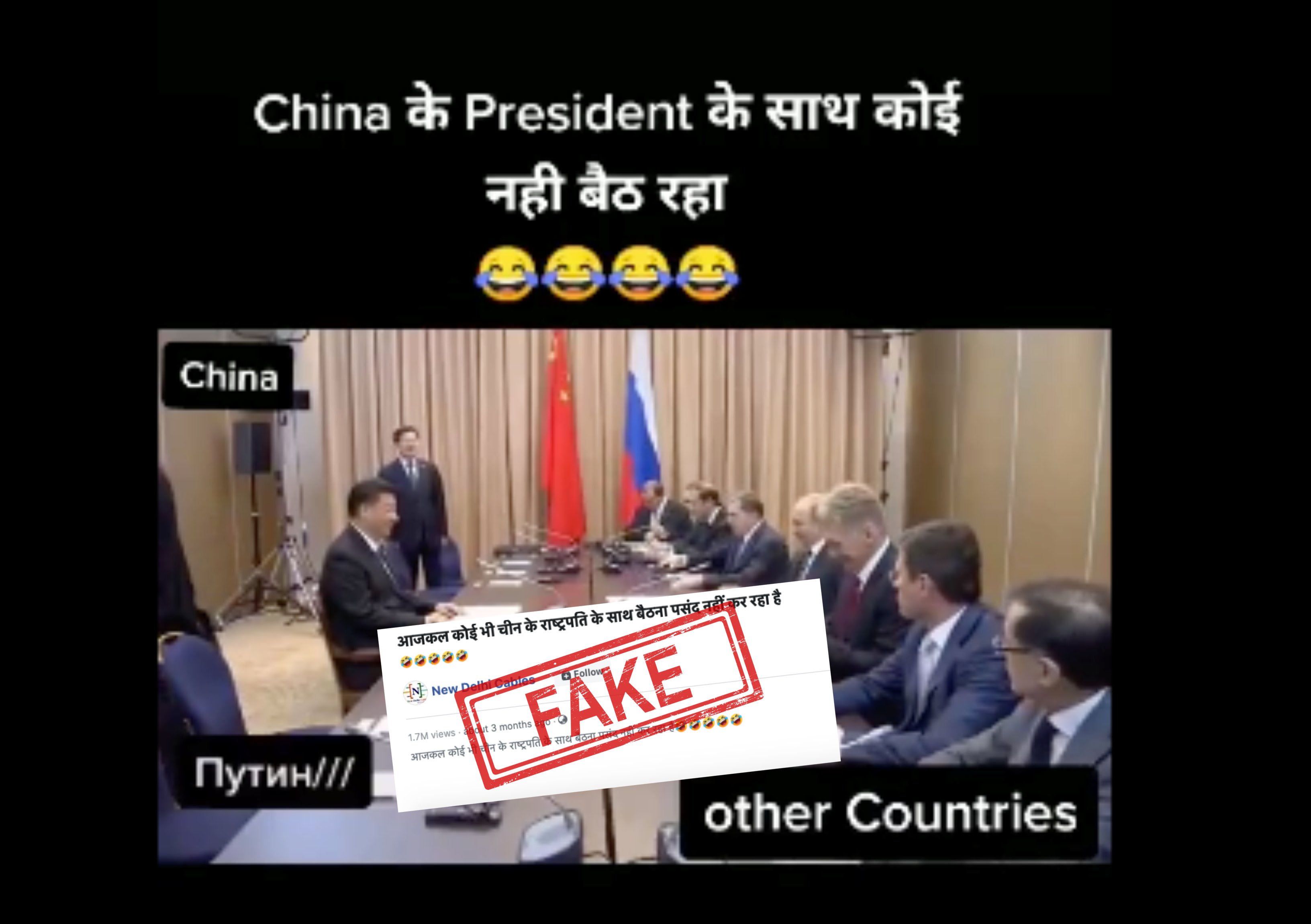 As tensions between India and China escalated following the violent skirmish at Galwan Valley, a short video started doing rounds on social media in which Chinese President Xi Jinping can be seen sitting alone on one side of a table while Russian President Vladimir Putin is on the other side along with others.

It is being claimed that no other nation is sitting with China following the clash with India at Galwan valley along the Line of Actual Control. 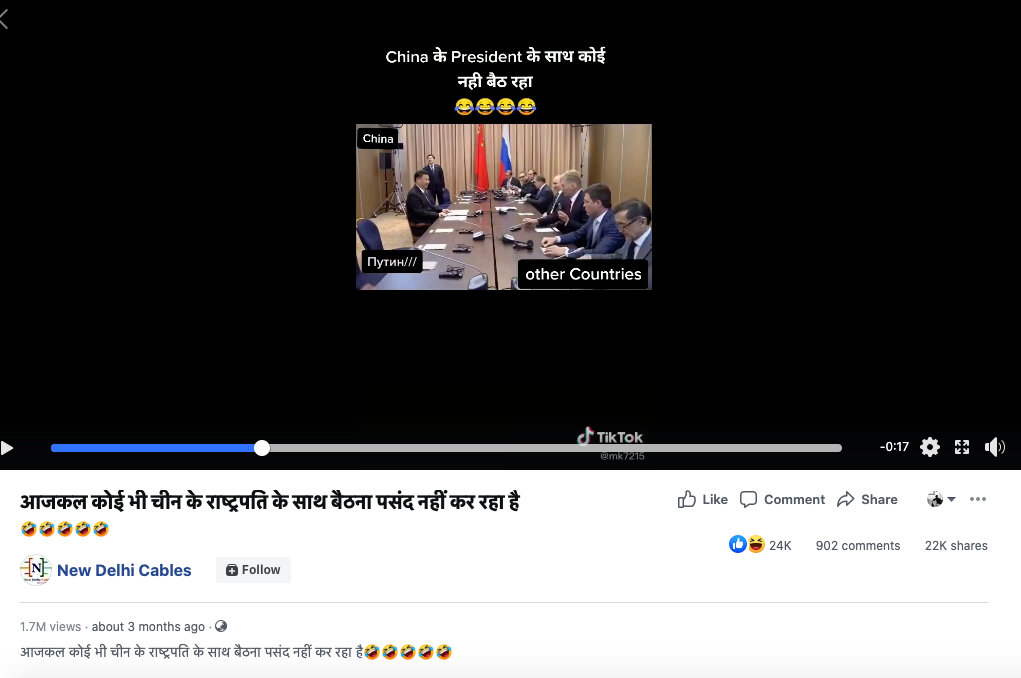 (Translation: Nowadays nobody likes to sit with the President of China)

At the time of filing this report, the above video was shared over 22,000 times.

Firstly on closely observing the video, we can see only flags of China and Russia that means, no other nation is included the meeting. 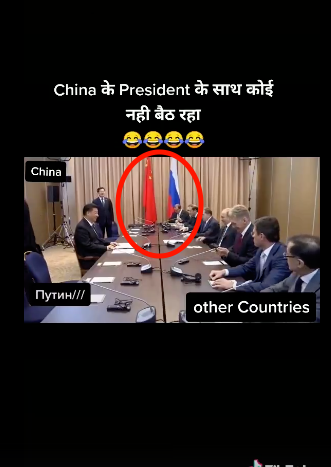 We extracted the keyframes of the video and put them through Reverse Image Search. The search led us to an article dated June 9, 2017, on Russia Today which had featured a still from the above video. 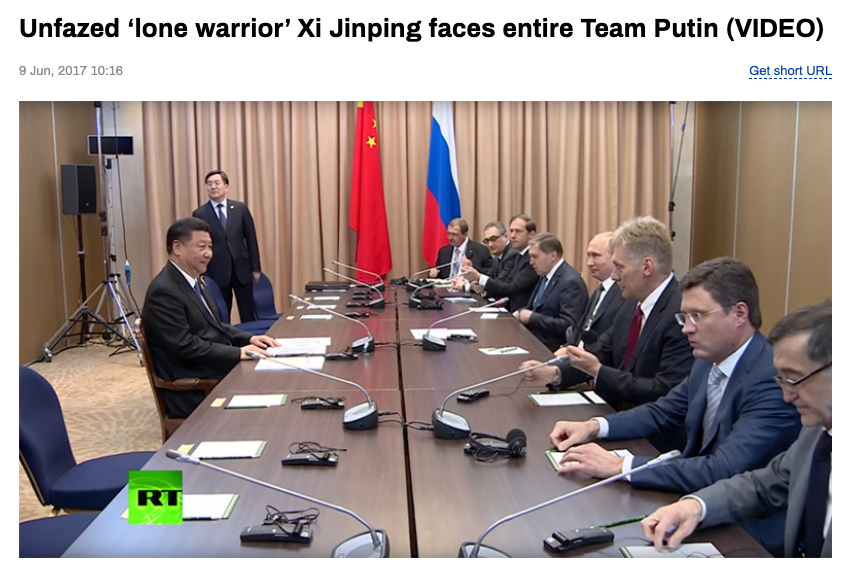 According to the report, a brief delay by the Chinese delegation left President Xi Jinping to face the entire Russian team solo, prompting President Vladimir Putin to jokingly call his Chinese counterpart ‘a lone warrior’.

On digging further, we found the extended version of the video on the official YouTube channel of Ruptly (Russian video provider) in which President Jinping was joined by the members of the Chinese delegation after a delay.

The video was shot on June 8, 2017, during a bilateral meeting between Russia and China in Kazakhstan’s capital Astana.

In conclusion, we can prove that the video in question is old and the claim attached to it is misleading. 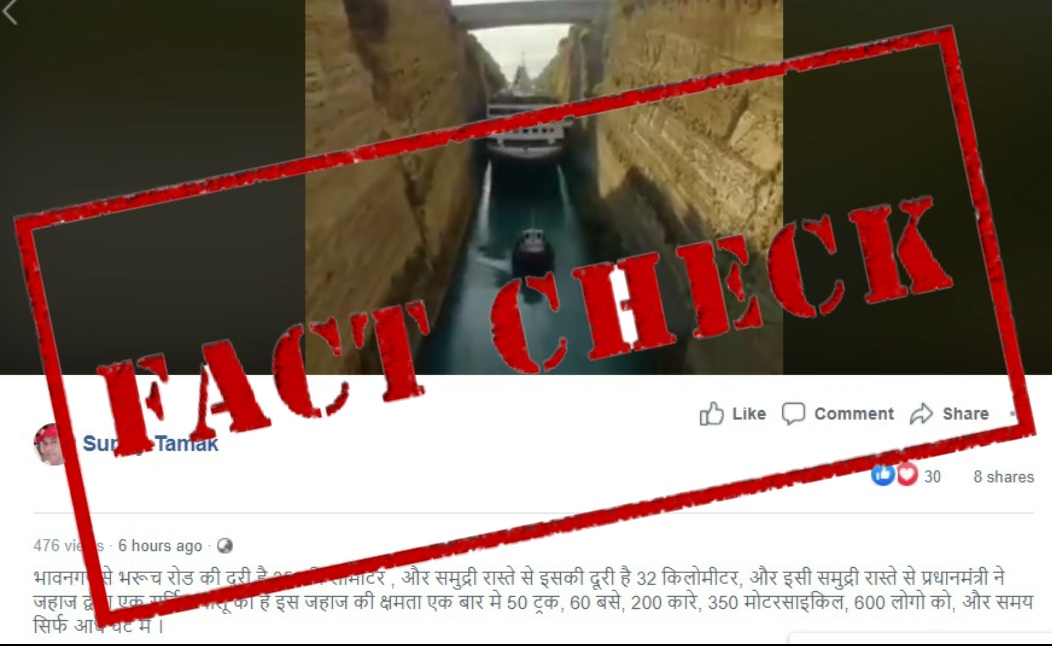