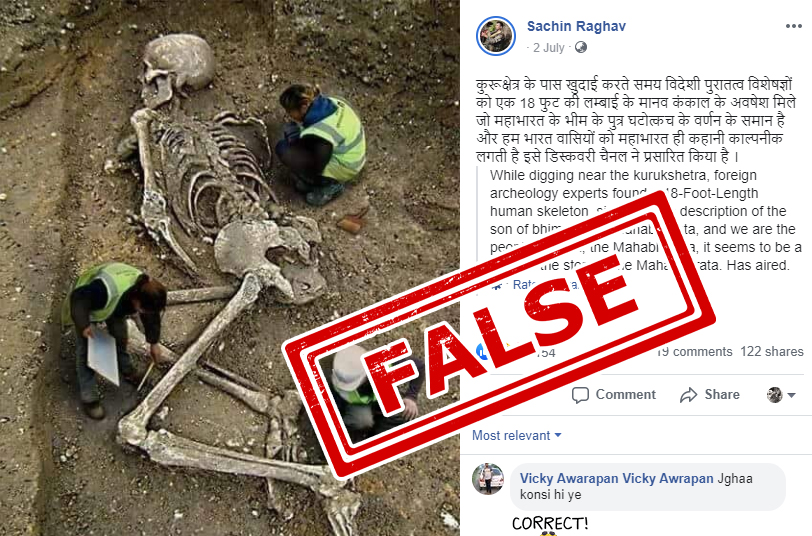 A picture of a giant skeleton is being shared on social media with a claim that it was found by archaeological experts during an excavation in Kurukshetra, Haryana.

(translation: While digging near the Kurukshetra, foreign archeology experts found an 80-foot-long human skeleton, similar to the description of the son of Bhima of the Mahabharata, Ghatotkacha. And we are the people of India, believe the story to a fiction, it is being broadcasted on discovery channel. ) 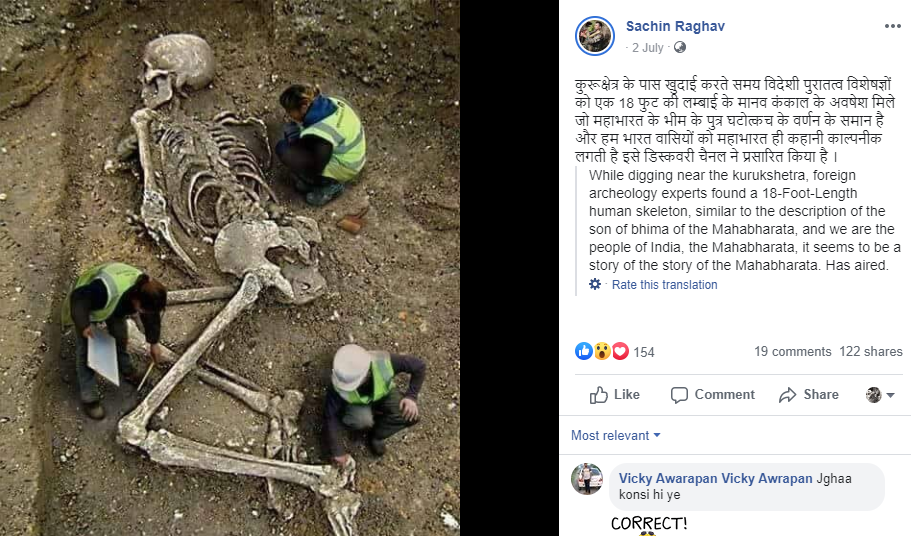 NewsMobile fact-checked the viral picture and found the claim to be false.

We noticed that on the bottom left corner there was a logo saying ‘Worth 1000.com’. We searched and found that it is an image manipulation and contest website, that holds contests on different themes and allows many digital creators to showcase their skills.

We also found that the website has now been renamed as Design Crowd.

So, we put the picture through a Reverse Image Search along with the keyword and found the picture on Design Crowd. 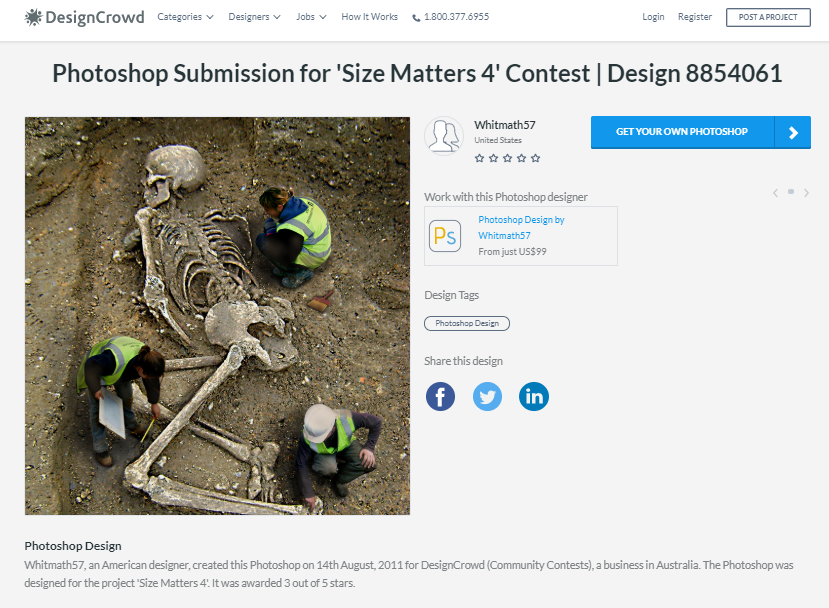 According to the website, the above picture was edited by a user called ‘Whitmath57‘ from the United States. The website also states that it was created by the American designer on 14th August 2011 for DesignCrowd’s contest ‘Size Matters 4’.

Moreover, we also looked for reports of any such discovery in Kurukshetra but did not find any credible reports on the matter.

Hence, from the above information, it is clear that the posts in circulation are false.