A picture of former US president Barack Obama has surfaced on the internet in which he can be seen holding a placard with a painting depicting drug awareness. 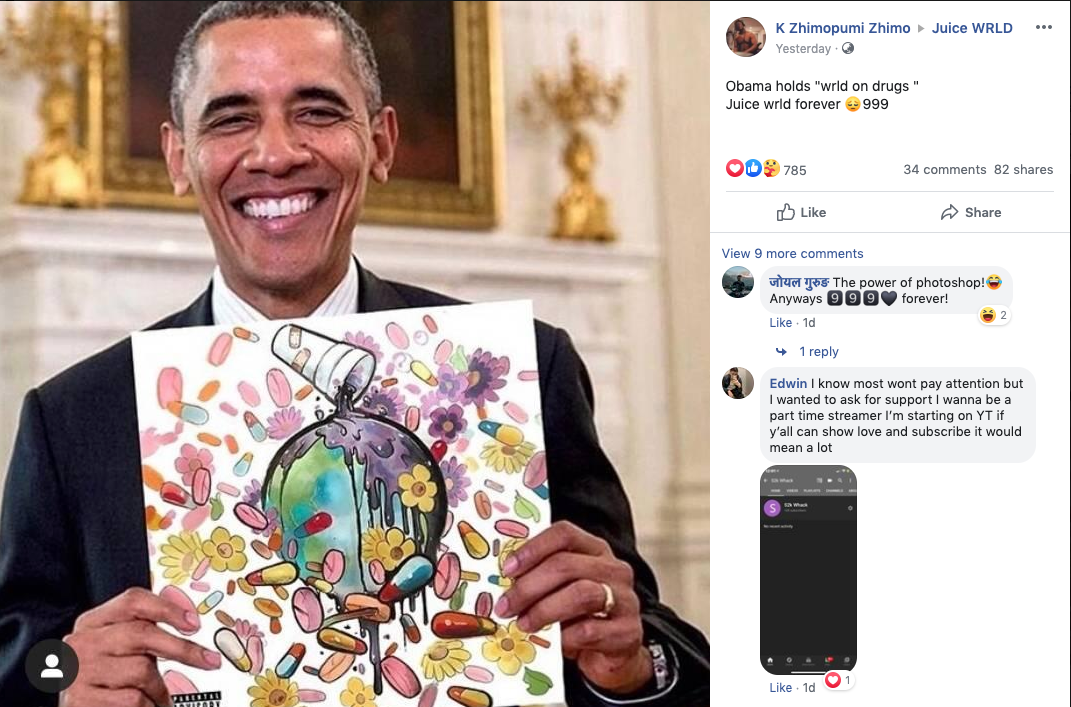 ALSO READ: Man in this viral picture is NOT the Vice President of…

On putting the above picture through Reverse Image Search, we came across the ORIGINAL picture, tweeted by the official Twitter handle of The White House in which Obama can be seen holding a different placard.

President Obama: “#GetCovered because nobody should go broke just because they get sick.” http://t.co/eR8TeNMAhp, pic.twitter.com/xIN98tIxLX

The placard in the original picture tweeted on December 13, 2013, read: “#GetCovered because nobody should go broke just because they get sick.”

The tweet was made in a bid to encourage people to get covered under Obamacare. 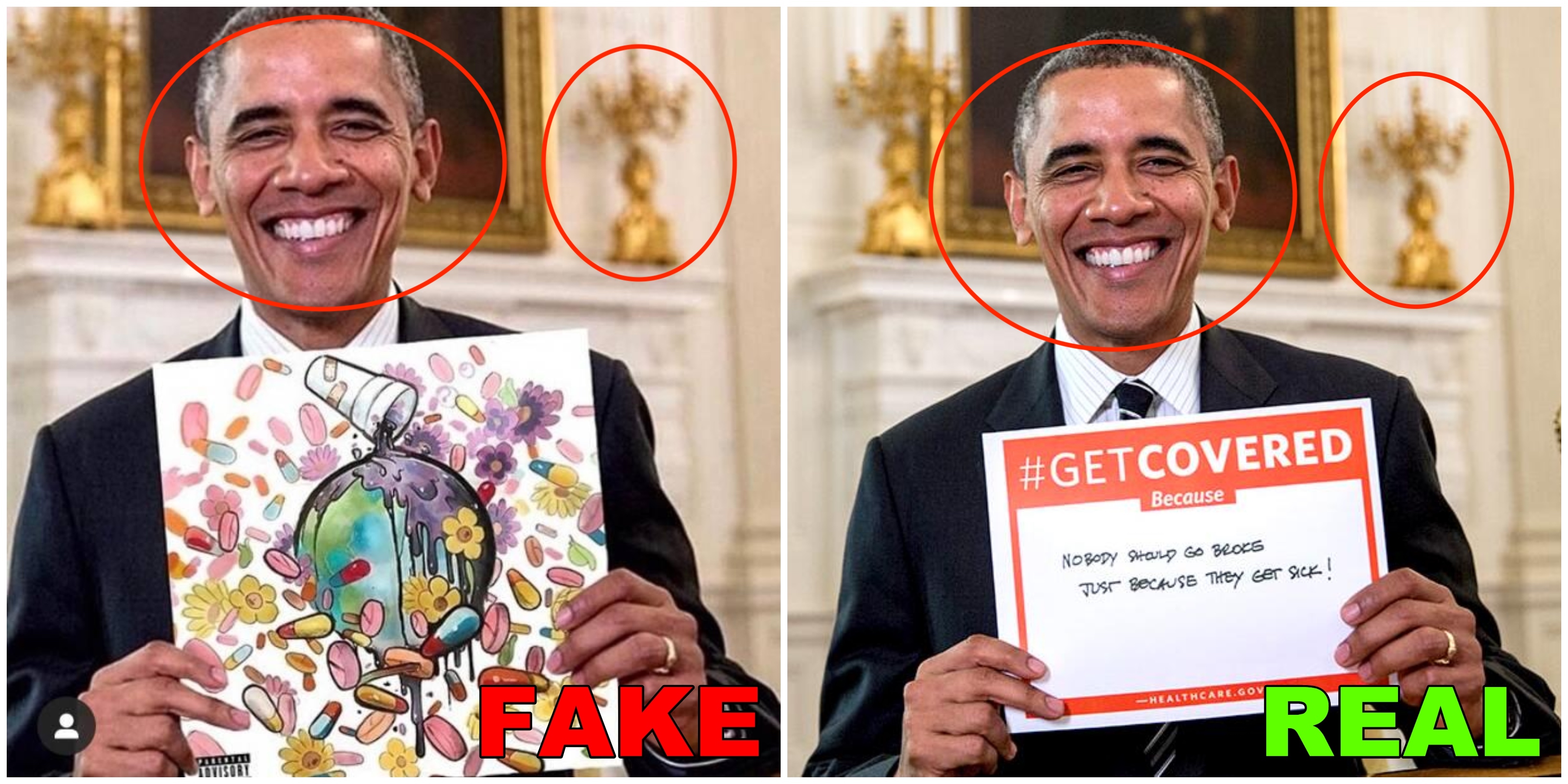 In the above FAKE vs REAL collage, it is clear that the placard in Obama’s hand was replaced by the painting using photo editing software.

Hence, the above information is false.