Home NM FACT CHECKER Fact check: Did the three-year-old kid pick up stone after his grandfather... 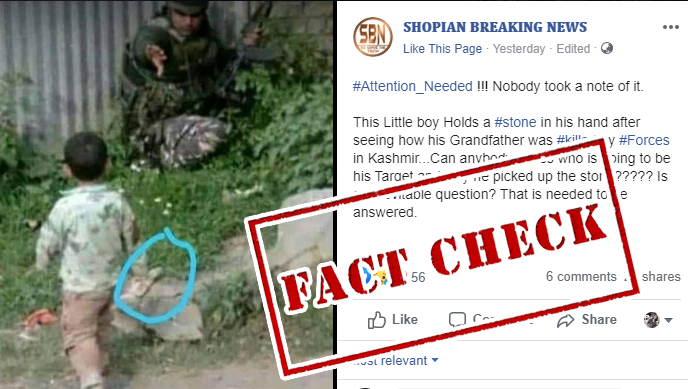 A picture of a kid, sitting on the body of his grandfather after he was killed during a militant attack in Jammu and Kashmir’s Sopore district, broke many hearts as it started going viral on social media.

However, another picture of the same kid started circulating with a claim that the boy picked up a stone after his grandfather was killed.

We analysed another picture that was in circulation and found that the stone was also visible in the one where the boy is sitting on his grandfather’s body. As a matter of fact, there is no change in the position of the stone in both the pictures. 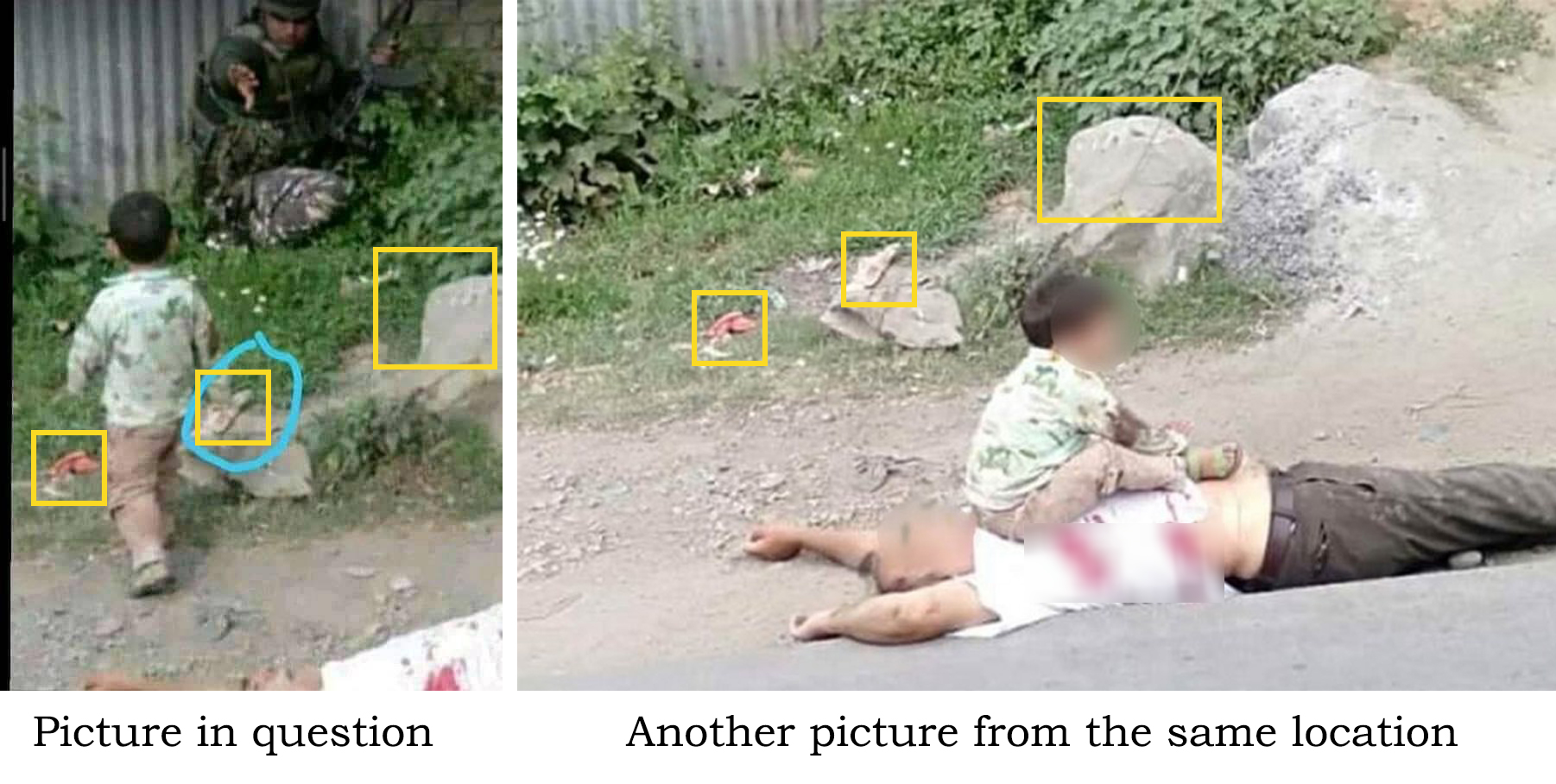 In the above collage, we can see that the stone is lying in the same place. However, the angle from where the image has been taken creates an illusion that he is holding the stone.

Moreover, none of the media reports mentioned that the kid was holding a stone at any point in time during the entire ordeal.

Hence, from the above information, we can conclude that the post in circulation is misleading and false.