Choreographer Saroj Khan passes away at the age of 71, in Mumbai on Friday. She was admitted to hospital on June 20 after she complained of breathing issues.

Her last rites will be performed at Malvani in Malad, Mumbai today. She died due to a cardiac arrest in the ICU of Guru Nanak Hospital where she was admitted on June 20 after she complained of breathing issues. 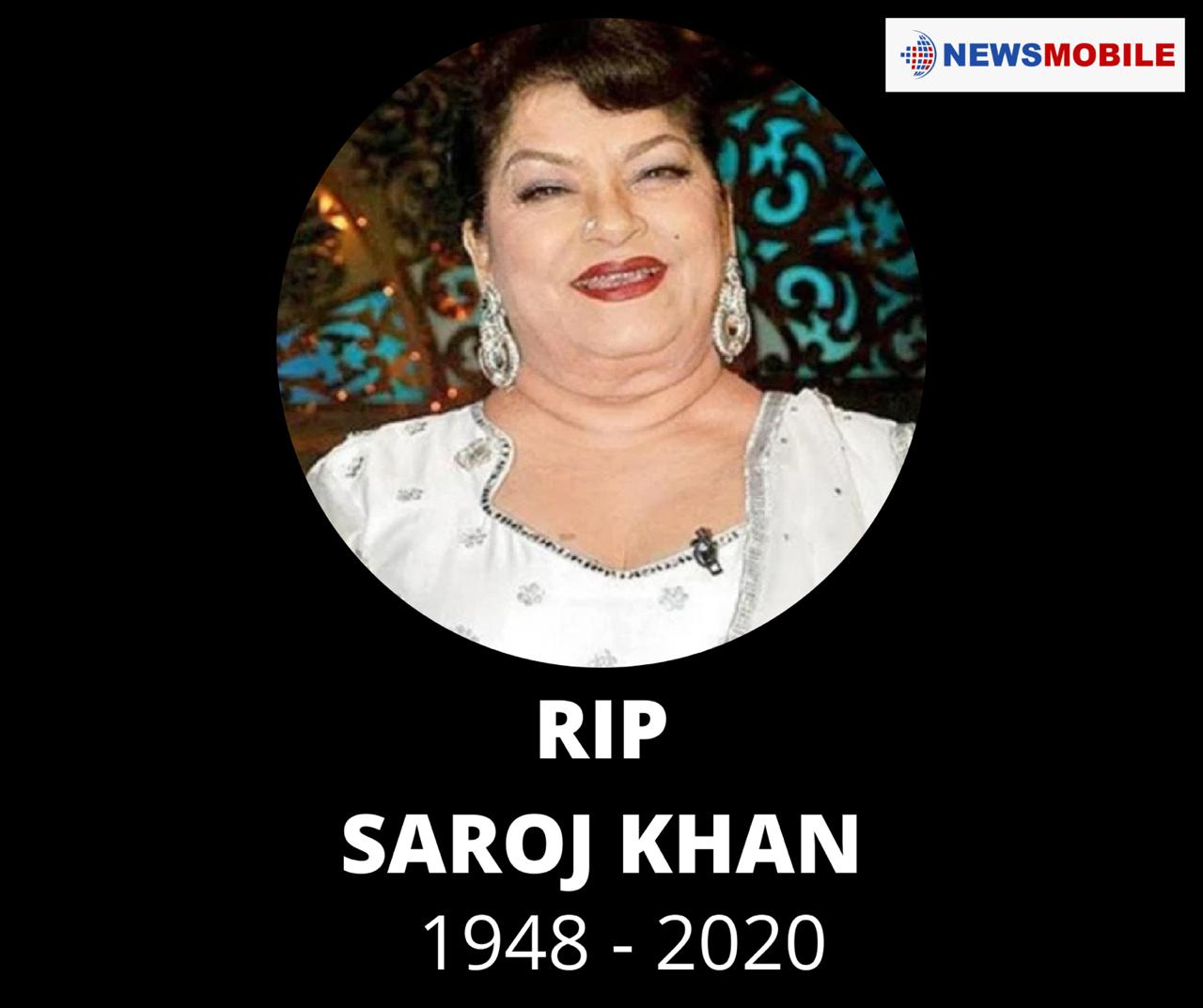