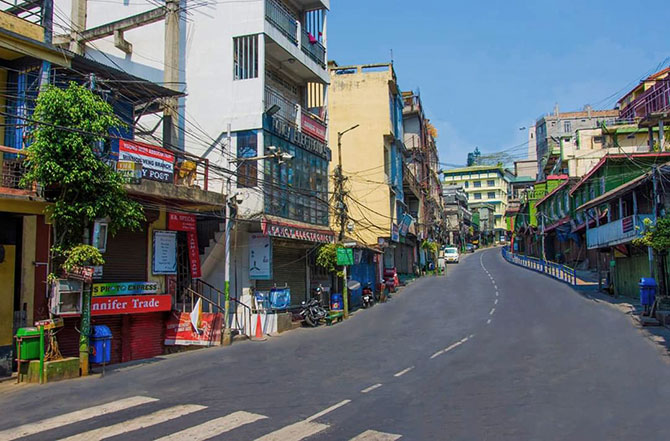 The entire country has been struggling with the deadly pandemic for over 3 months now with over 6 lac positive cases registered in India so far. India is now at the 4th position for the most number of cases after US, Brazil & Russia.

While states like Maharashtra, Tamil Nadu, Gujarat and the national capital Delhi are struggling with rising numbers, a new example has been set by Mizoram. No new case of COVID-19 have been reported from the north-eastern state during the last 24 hours. This is as per data from the state’s Information and Public Relations Department. The state has done exceedingly well in handling the pandemic compared to the rest of India.

Total tally of cases in Mizoram till today, stands at 160, including 37 active cases and 123 recoveries. Also, the state has not witnessed any COVID-19 fatality so far.

The state was quick & efficient in its implementation of the lockdown guidelines, even when there were no positive cases in the state. Precautionary norms were strictly followed, both by the people as also the respective area’s local task forces.

One of the bigger problems most states faced was the repatriation of state’s native population from other larger metropolitans. Mizoram was up to task in managing this situation too. Institutional quarantine was made mandatory for anyone coming from outside the state & government vehicles were available at the airport which helped in commuting the travellers straight to the quarantine centres.

An example that can teach other states a few lessons on effective implementation of guidelines.