Home World 162 killed, some 200 trapped in Myanmar jade mine landslide 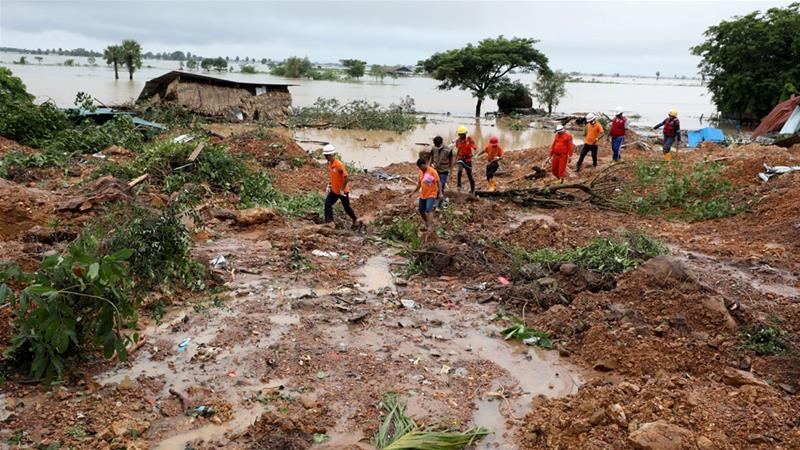 At least 162 people were killed and around 200 others are still trapped after a jade mine collapsed in Hpakant, northern Myanmar on Thursday, China’s state-run CGTN media reported citing the local media.

The incident happened at around 6:30 a.m. (local time). The miners were collecting stones when a “muddy wave” caused by heavy rain buried them, the fire service said in a Facebook post.

Many locals make a living by jade scavenging in the region and most of the landslides are caused by the partial collapse of tailings heaps and dams.

The government of Myanmar leader Aung San Suu Kyi pledged to clean up the industry when it took power in 2016, but activists say little has changed.

As per Al Jazeera reports, official sales of jade in Myanmar were worth $750.4m in 2016-2017, according to data published by the government as part of the Extractive Industries Transparency Initiative.

But experts believe the true value of the industry, which mainly exports to China, is much larger.

Northern Myanmar’s abundant natural resources – including jade, timber, gold and amber – have also helped finance both sides of a decades-long conflict between ethnic Kachin and the military.

The fight to control the mines and the revenues they bring frequently traps local civilians in the middle.