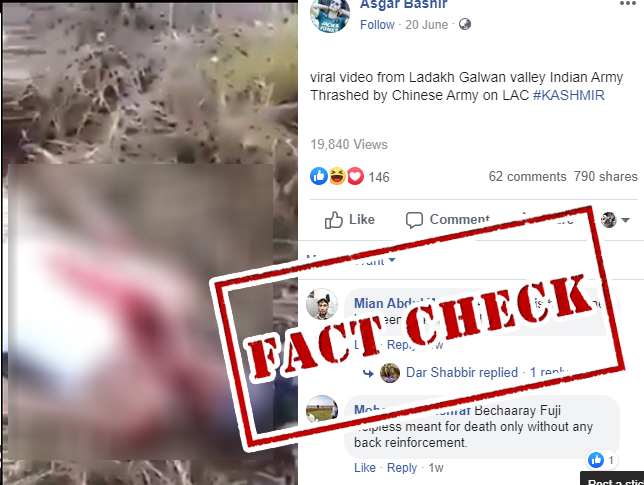 A video of injured soldiers is doing round on social media with a claim that it is from Galway Valley in Ladakh, where a violent clash took place between Indian and Chinese in June. 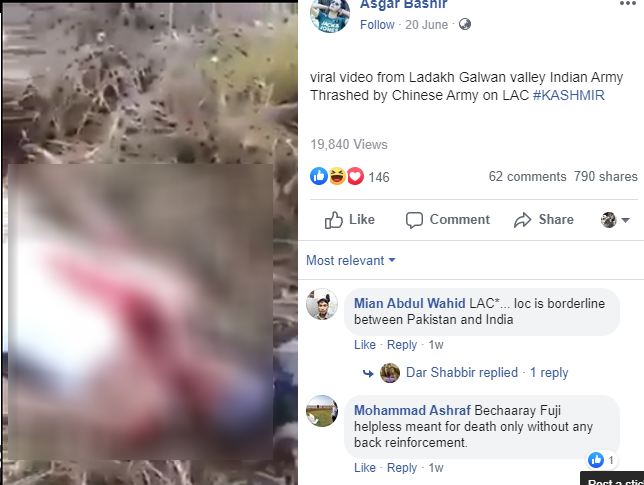 We extracted the keyframes of the video and put them through Reverse Image Search. The search led us to the same YouTube video, dated November 2, 2019. According to the title, the video was shot when BSF personnel were injured in a bus accident in Meghalaya.

We ran a search and found several media reports on the incident. According to a report by Northeast Now, on October 30, 2019, a bus carrying 20 BSF jawans fell into a deep gorge in East Jaintia Hills, Meghalaya. 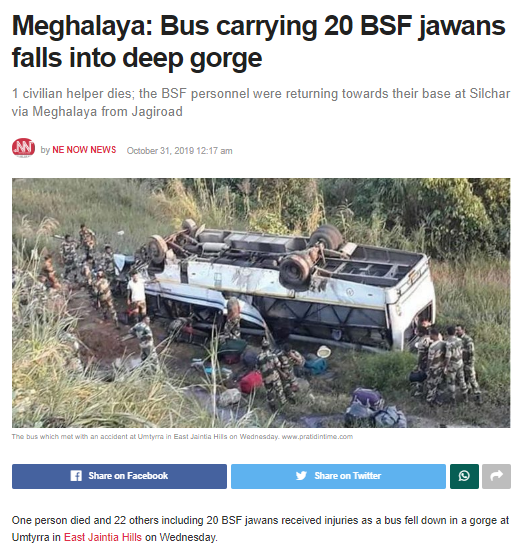 The report also stated that one civilian helper died while 22 others including 20 BSF jawans were injured.

Thus, from the above information, we can establish that the viral video has no connection with the recent India-china faceoff.