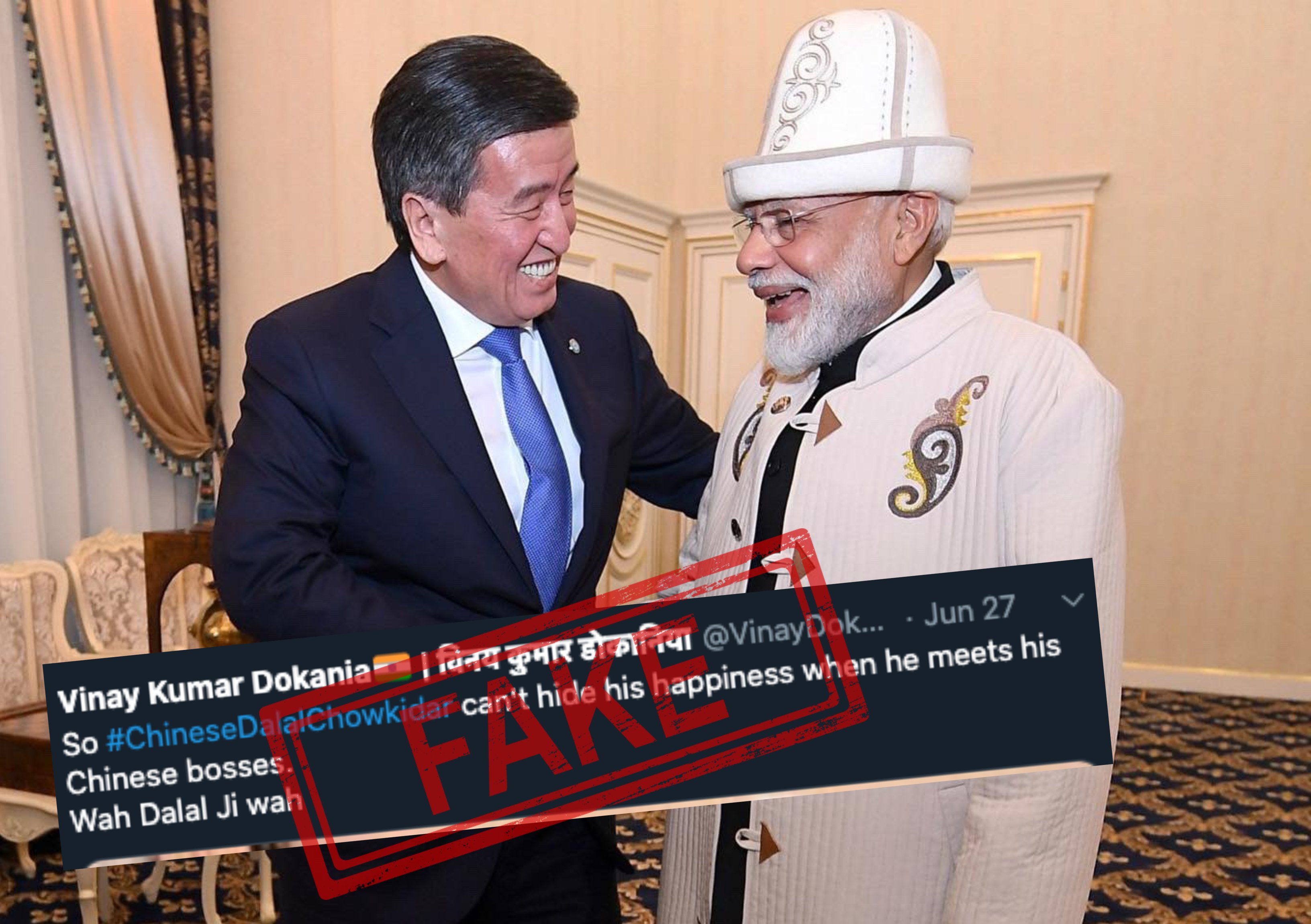 A picture of Prime Minister Narendra Modi is doing rounds on social media in which he is not in his usual attire. It is being claimed that he is in Chinese attire and interacting with a Chinese official. 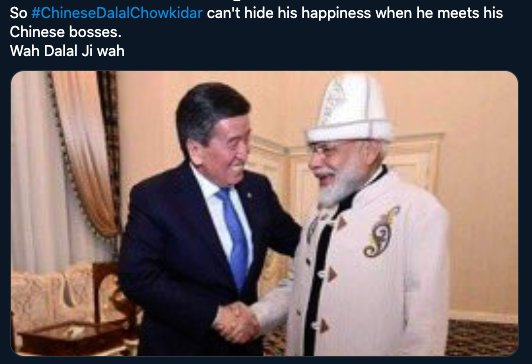 The picture has been shared in the backdrop of the recent clash between India and China at the Galwan valley on the night of June 15-16.

On putting the picture through Reverse Image Search, we came across the same picture tweeted by the official twitter handle of Prime Minister’s Office (@PMOIndia) on June 15, 2019.

In Bishkek, President Jeenbekov presented PM @narendramodi a Kalpak, the traditional Kyrgyz hat, a Chapan, a traditional coat from Kyrgyzstan and a Samovar, a container to heat or boil water.

PM Modi is grateful to President Jeenbekov for this gesture. pic.twitter.com/iDEoWkD5Lm

Hence, the above information concludes that the picture in question has no connection with China.