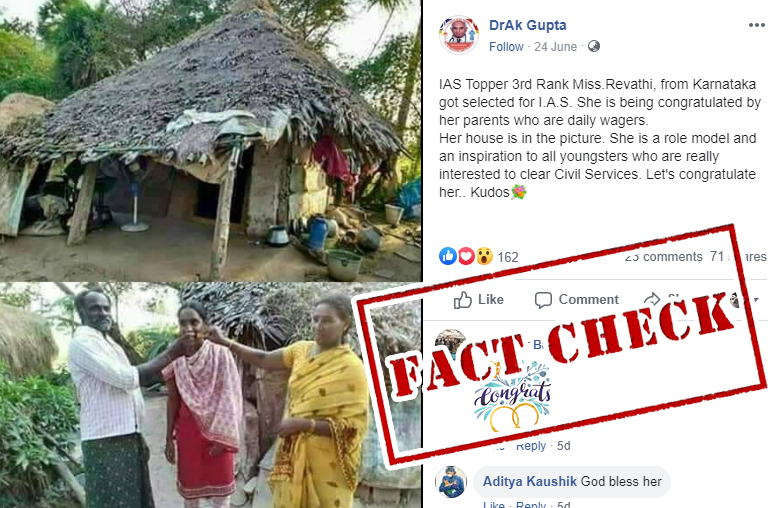 Pictures of a family in a rural setting is doing the rounds on social media. In one picture, an elderly couple can be seen feeding sweets to a young woman while the other picture shows a mud house.

It is being claimed that the young woman in the picture is IAS topper and 3rd rank holder Revathi from Karnataka.

“IAS Topper 3rd Rank Miss.Revathi, from Karnataka got selected for I.A.S. She is being congratulated by her parents who are daily wagers.
Her house is in the picture. She is a role model and an inspiration to all youngsters who are really interested to clear Civil Services. Let’s congratulate her.. Kudos,” a the caption reads. 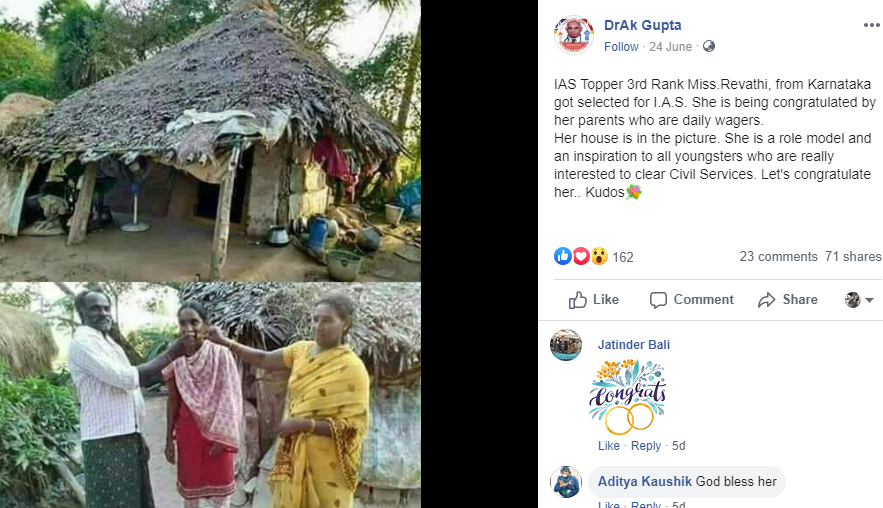 NewsMobile fact-checked the pictures and found the claim to be misleading.

We put the image through a Reverse Image Search and found an 2017 article featuring the same pictures. 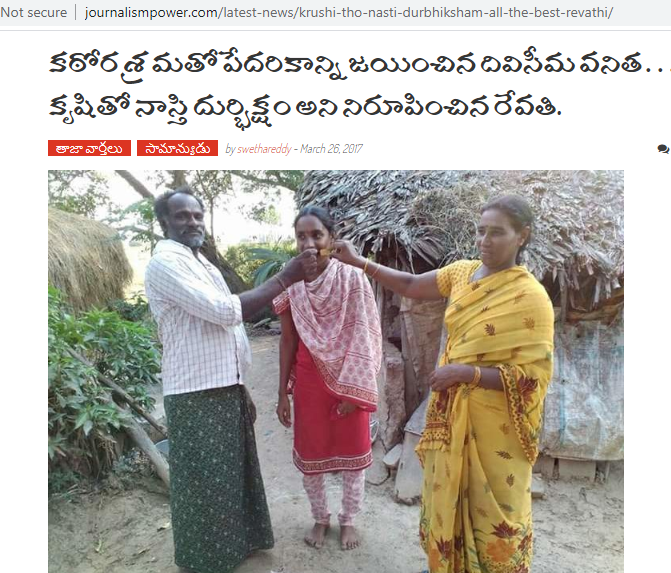 The article identified the woman as Venkata Revathi, who comes from an underprivileged family in Avanigadda in Andhra Pradesh’s Krishna district. The article talked about how Revathi manages to pass the Andhra Pradesh Sub-Inspector Exam even after so many obstacles.

Taking a cue from the above information, we searched and found the list of selected candidates for 2016 (2016 results are declared in 2017) Andhra Pradesh Sub-inspector post and found that Revathi was indeed on the list. 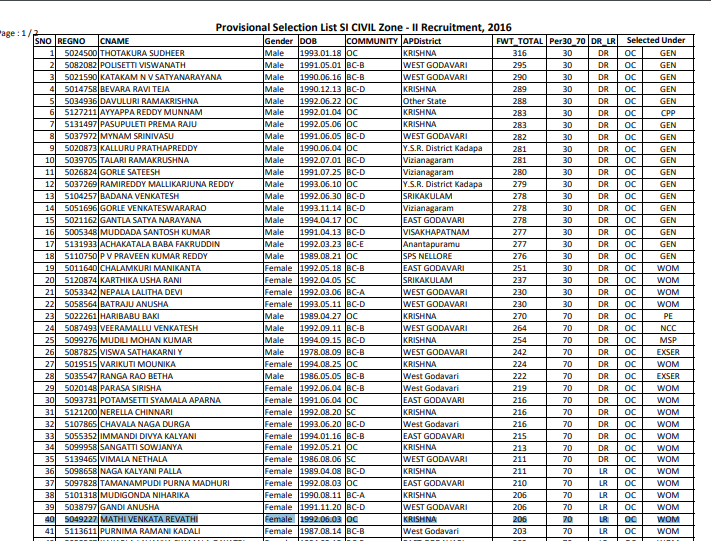 We also checked the 2016 list for the selected IAS candidates and found that Revathi’s name was not on the list and a candidate name Gopalkrishna Ronanki had secured the third position. 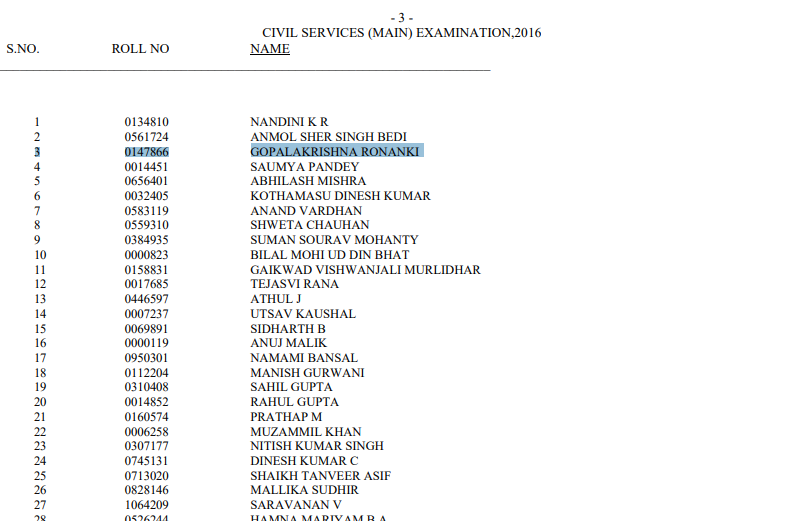 Thus from the above information, we can conclude that the Revathi is not an IAS officer and the pictures are being circulated with a misleading narrative.