Home NM FACT CHECKER Fact Check: Manmohan Singh was NOT the Prime Minister of India when... 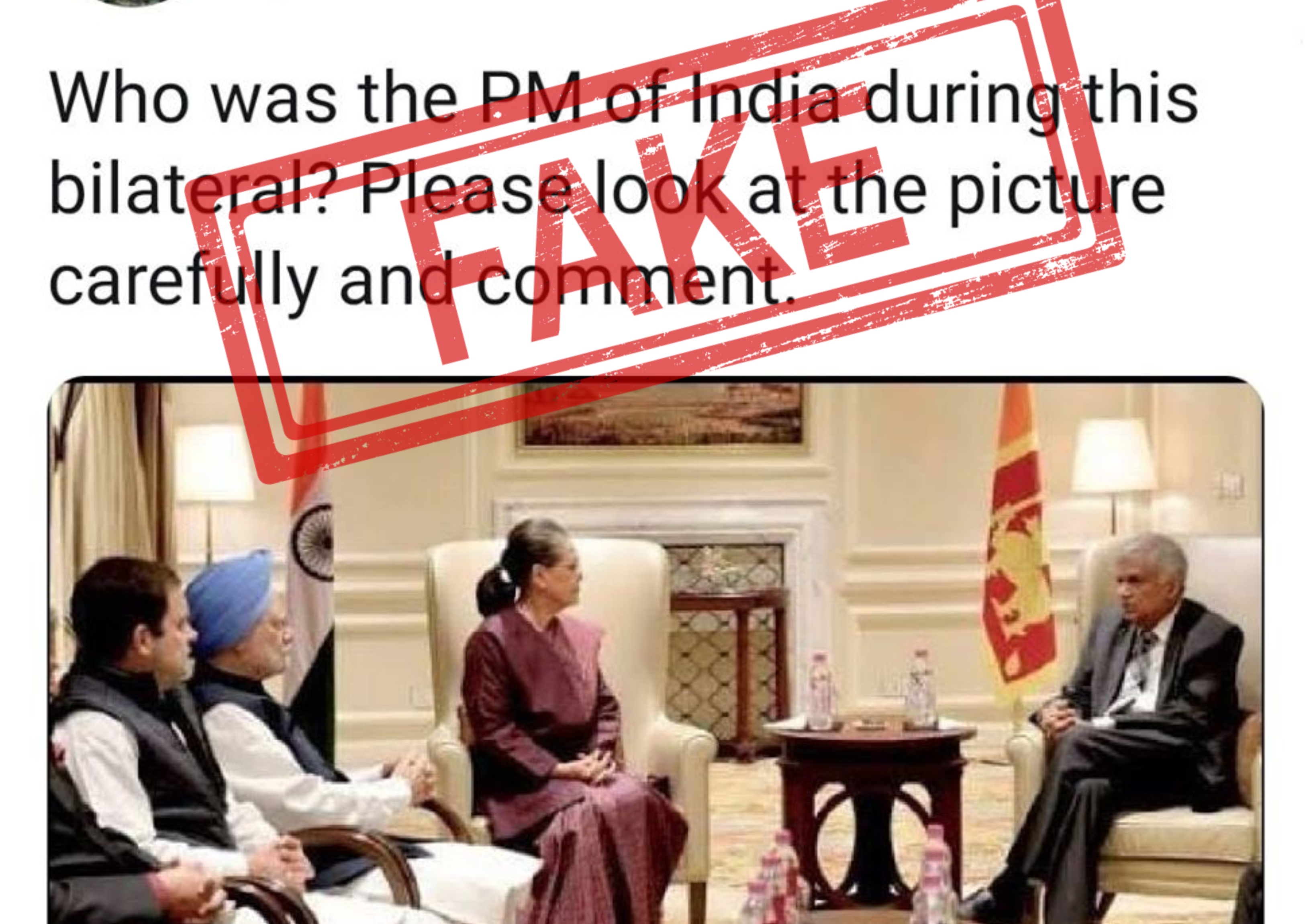 A screenshot of what looks like a tweet is doing rounds on social media which features a picture of former Prime Minister Dr Manmohan Singh, Congress president Sonia Gandhi and Rahul Gandhi with former Sri Lanka Prime Minister, Ranil Wickremesinghe. It is being claimed that the picture was clicked while Manmohan Singh was serving as the Prime Minister of India. 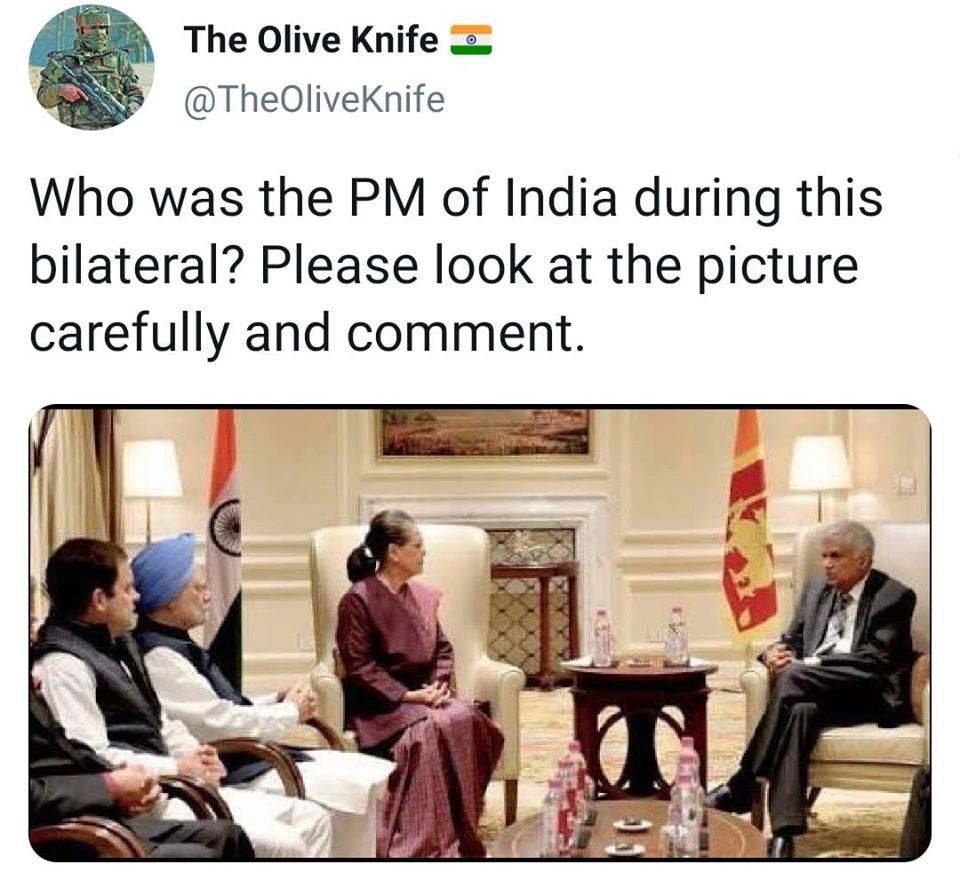 The text reads: “Who was the PM of India during this bilateral? Please look at the picture carefully and comment.”

It is being implied that in spite of being the Prime Minister, Manmohan Singh was sidelined during a bilateral meeting.

NewsMobile fact-checked the above picture to dig out the truth.

On cropping and putting the picture through Reverse Image Search, we came across an article in The New Indian Express dated November 23, 2017, which had featured the same picture. 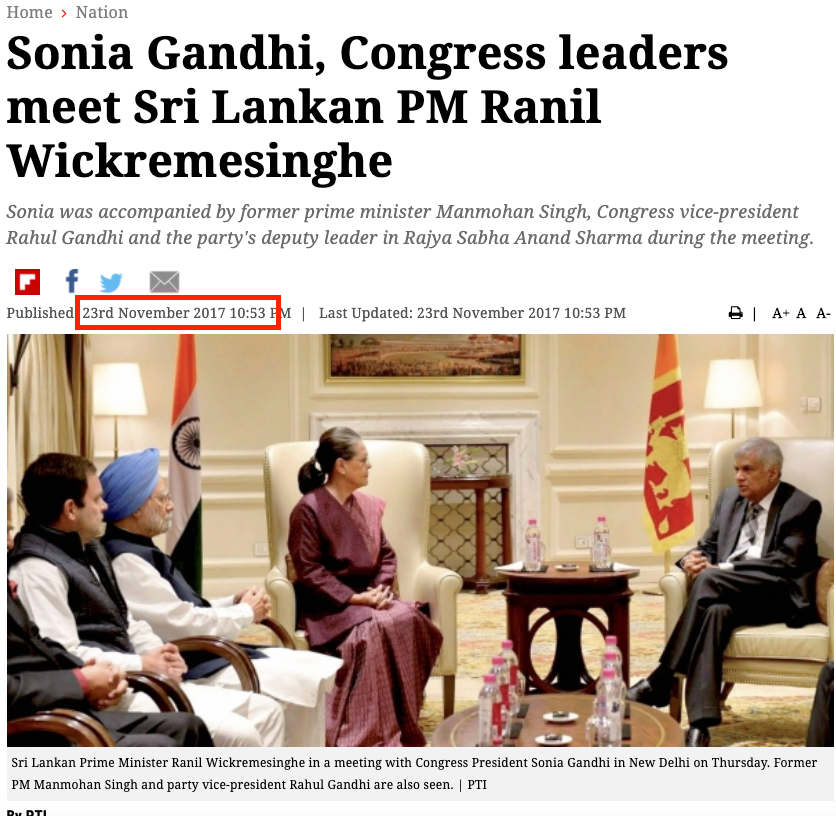 The picture was taken on November 23, 2017, when former Sri Lanka Prime Minister, Ranil Wickremesinghe has met the top Congress leadership in New Delhi during his four-day visit to India.

Hence, the claim attached to the picture is false.