A video of wounded soldiers can be seen doing rounds on social media. It is being claimed that the video is from Ladakh where a violent confrontation took place between India and China on the night of June 15-16, 2020.

(Translation: We are not being told the truth about Ladakh. God, please protect the people of my country.)

We extracted the keyframes of the video and put them through Reverse Image Search. The search led us to the same video on YouTube uploaded on November 27, 2011, titled, ‘Video After NATO Attack On Pakistan Army Camp’.

We ran a keyword search and found a BBC report dated November 26, 2011.  According to the report, at least 24 soldiers were killed after Nato helicopters attacked a border checkpoint. 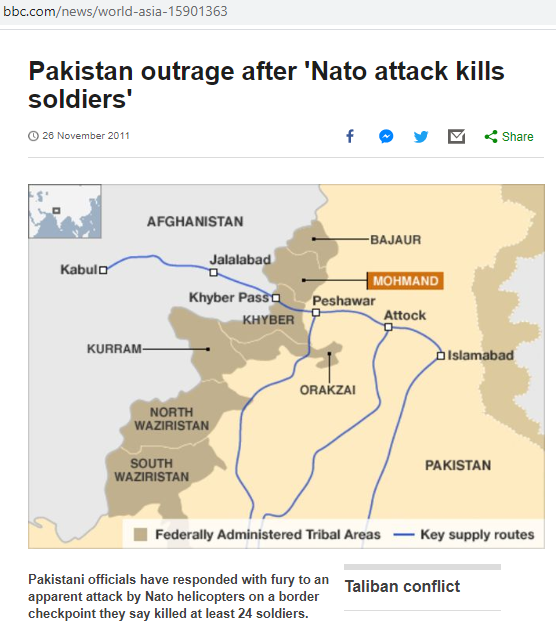 NewsMobile independently couldn’t confirm the origin of the video but from our fact check, it is clear that video is old and has no connection with the recent clash between India and China.