Home NM FACT CHECKER Fact Check: Graphic image from one year ago being circulated with communal... 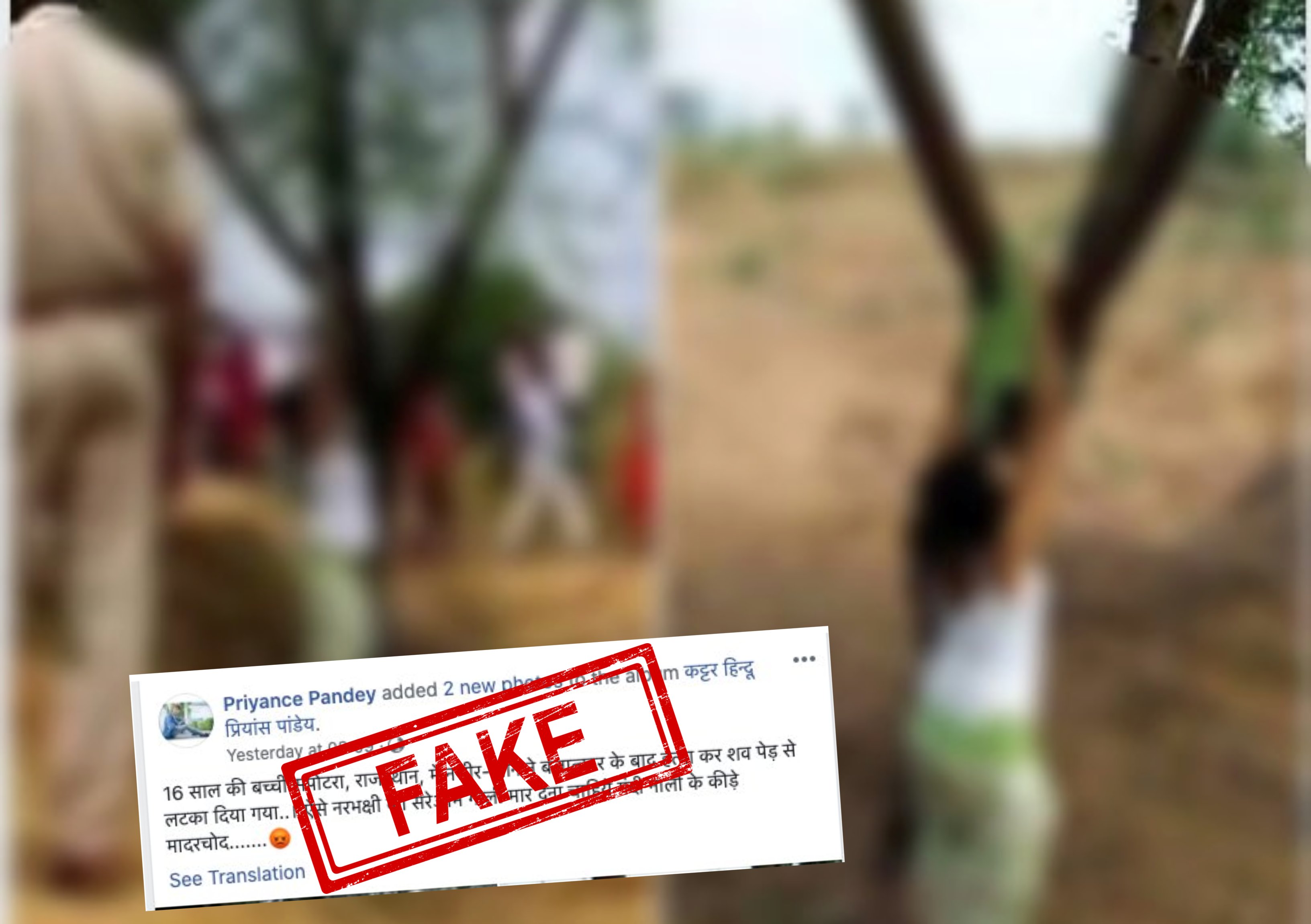 A disturbing image has been doing the rounds on social media. It shows the back of a woman, whose body can be seen hanging from a tree. 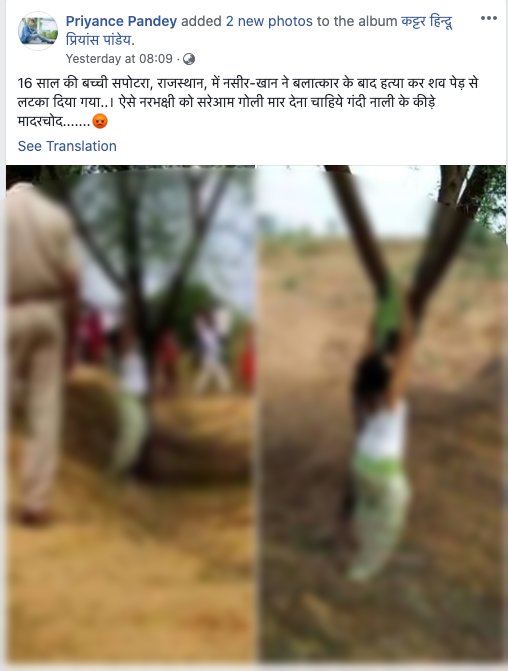 The caption says that a 16-year-old girl was raped by a man named Naseer Khan and murdered, following which her body was left hanging to a tree.

In other posts, the girl is referred to as belonging from the Dalit community. 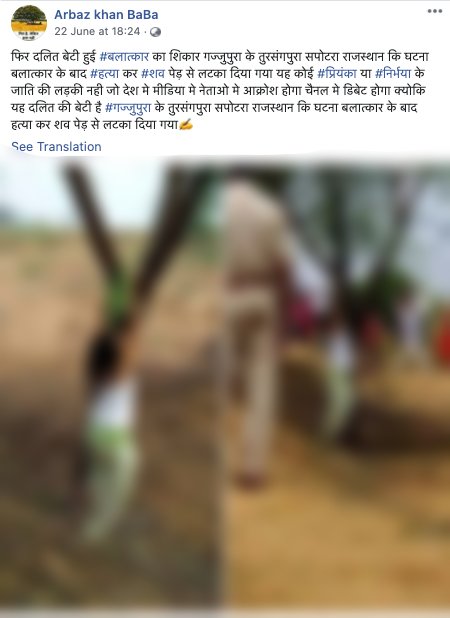 Other posts can be seen here.

ALSO READ: Is Muslim panel under AYUSH Ministry responsible for restrictions on Patanjali’s…

NewsMobile fact-checked the above posts and found that the claim attached to the pictures is false.

We Googled the keywords ‘Sapotara woman death’ and came across a Hindustan Times article, dated July 22, 2019.

The article stated that, “a 19-year-old woman was allegedly murdered and then hanged from a tree in an isolated forest area near Sapotara town of Rajasthan’s Karauli district, police said on Saturday. The victim was allegedly strangled first and then hanged from the tree at Bapoti village, police said. Police circulated the picture of the woman among locals. After hours, the victim was identified as Pooja Meena.”

Upon digging further, we also came across another report on Lallantop dated July 2019 that shows the same images with the story as reported by Hindustan Times. 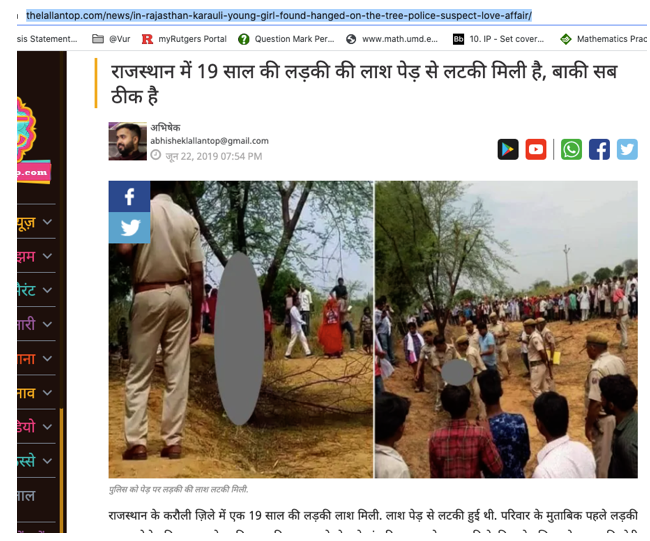 We then searched Google for Pooja Meena Karauli Sapotara death and came across a Dainik Bhaskar article that identifies the suspect as her lover Mahendra Meena.

In conclusion, the above information proves that the pictures are one year old. It incorrectly identifies a 19-year-old as 16-year-old and does not mention any Muslim suspect by the name of Naseer Khan. The recent post with the same image is misleading. 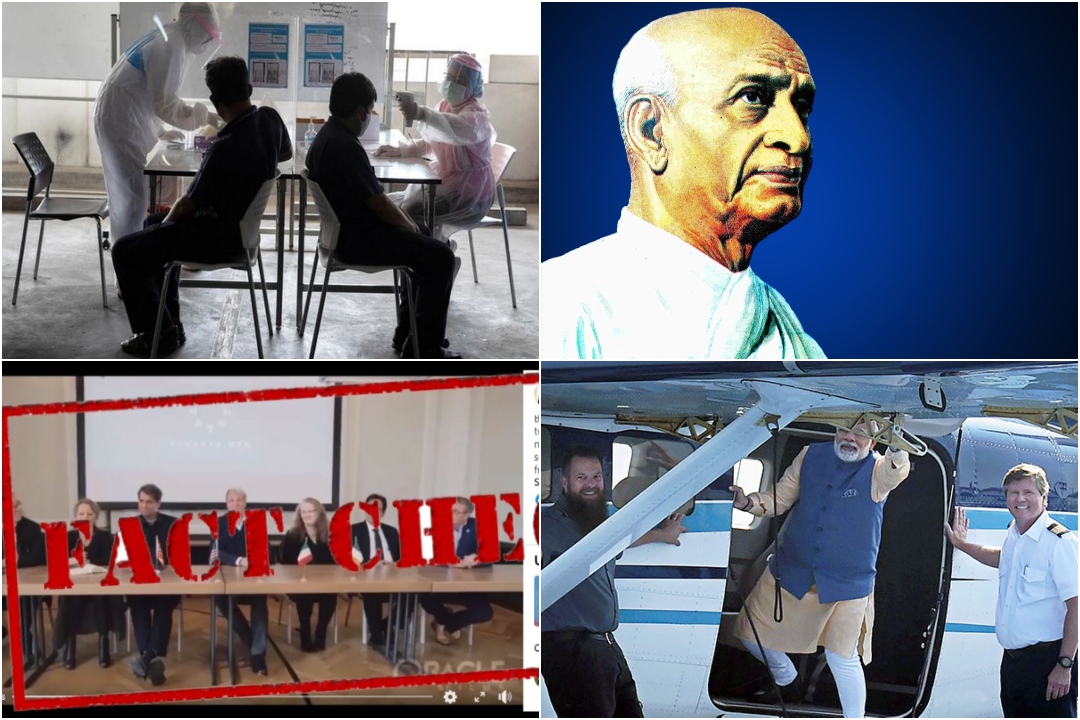