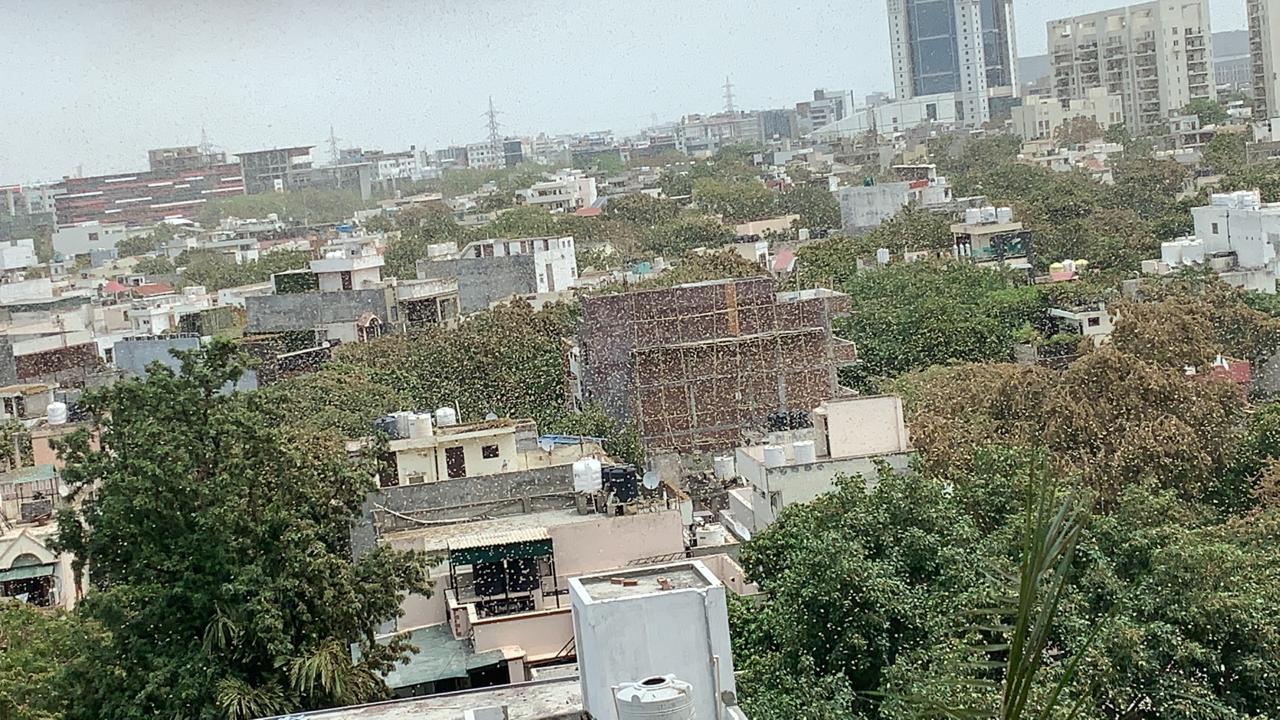 Swarms of locusts have reached Gurugram on Saturday morning. Multiple videos shot by residents of Gurugram city and villages in the district show massive clusters of locusts flying in.

Gurugram residents were last evening asked to keep their windows shut as a precaution against a locust possible by the city administration as a swarm was sighted at an adjoining district.

The Delhi has also issued an advisory to contain and control the menace of desert locusts in the national capital.

#Delhi Government issues advisory to contain and control the menace of desert #locusts in the national capital. pic.twitter.com/eLWHDh1c54

Moreover, Delhi Air Traffic Control (ATC) has asked pilots of all airlines to take necessary precautions during landing and take off in view of locust swarms seen near the airport in areas along Gurugram-Dwarka Expressway. Monitoring team set up over the matter. Operations normal as of now.