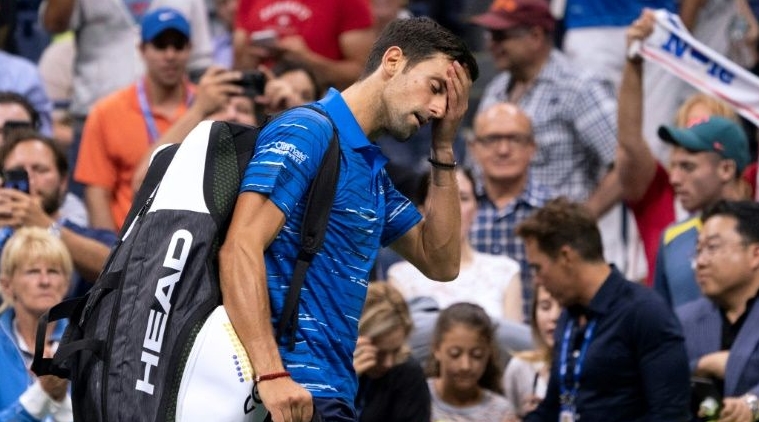 Novak Djokovic has tested positive for the novel coronavirus today, after taking part in a tennis exhibition tour he organized in the Balkans.The world no.1 played in packed stadiums first in Belgrade and then again last weekend in Croatia. Tennis star’s wife, who was accompanying him has also tested positive.

“The moment we arrived in Belgrade we went to be tested. My result is positive, just as Jelena’s, while the results of our children are negative,” Djokovic said in a statement.

There have been several other players who have had to face the consequences of this badly planned endeavour.
This comes a day after Grigor Dimitrov’s COOVID-19 positive test result led to the cancellation of the prestigious Adria Tour final in Zadar & Croatian tennis player Borna Coric also confirmed that he had tested positive for COVID-19 as well. Over the course of the tournament, four tennis players and two coaches have reportedly tested positive.

Several tennis players flew to Serbia for the tour on Djokovic’s invitation. The tour which kicked off last week in Belgrade featured Dimitrov, Coric, Alexander Zverev and 2014 US Open champion Marin Cilic, other than Djokovic himself.

Throughout the weekend, Djokovic and other players were seen hugging, shaking hands and interacting with the crowd. The players had played in several packed venues over the course of the week.

Montenegro called off the third leg of the tournament, scheduled for June 27 and June 28 before the conclusion in Bosnia, as it became quite clear that Serbia had not enforced precautionary measures.

Serbia, which has had 12,894 COVID-19 cases and 261 deaths already, went through almost complete lifting of restrictions earlier this month. A whopping 25,000 fans turned up for Belgrade football derby on Jun 10, three days before Djokovic’s tour started.

For long the epitome of fitness on the tennis circuit, Djokovic’s ‘Live, Laugh, Love’ brand of spirituality and advocacy of alternate medicine has often clashed with sports science.
It’s Novak’s this anti-science, anti-medicine approach that has put the Serbian in even more controversy. Many twitter users ad critics have also slammed the World Number 1.

Despite the positive test, he defended the exhibition series.

“It was all born with a philanthropic idea, to direct all raised funds towards people in need and it warmed my heart to see how everybody strongly responded to this,” he said.

Djokovic will remain in self-isolation for 14 days and also apologized to anyone who became infected as a result of the series.