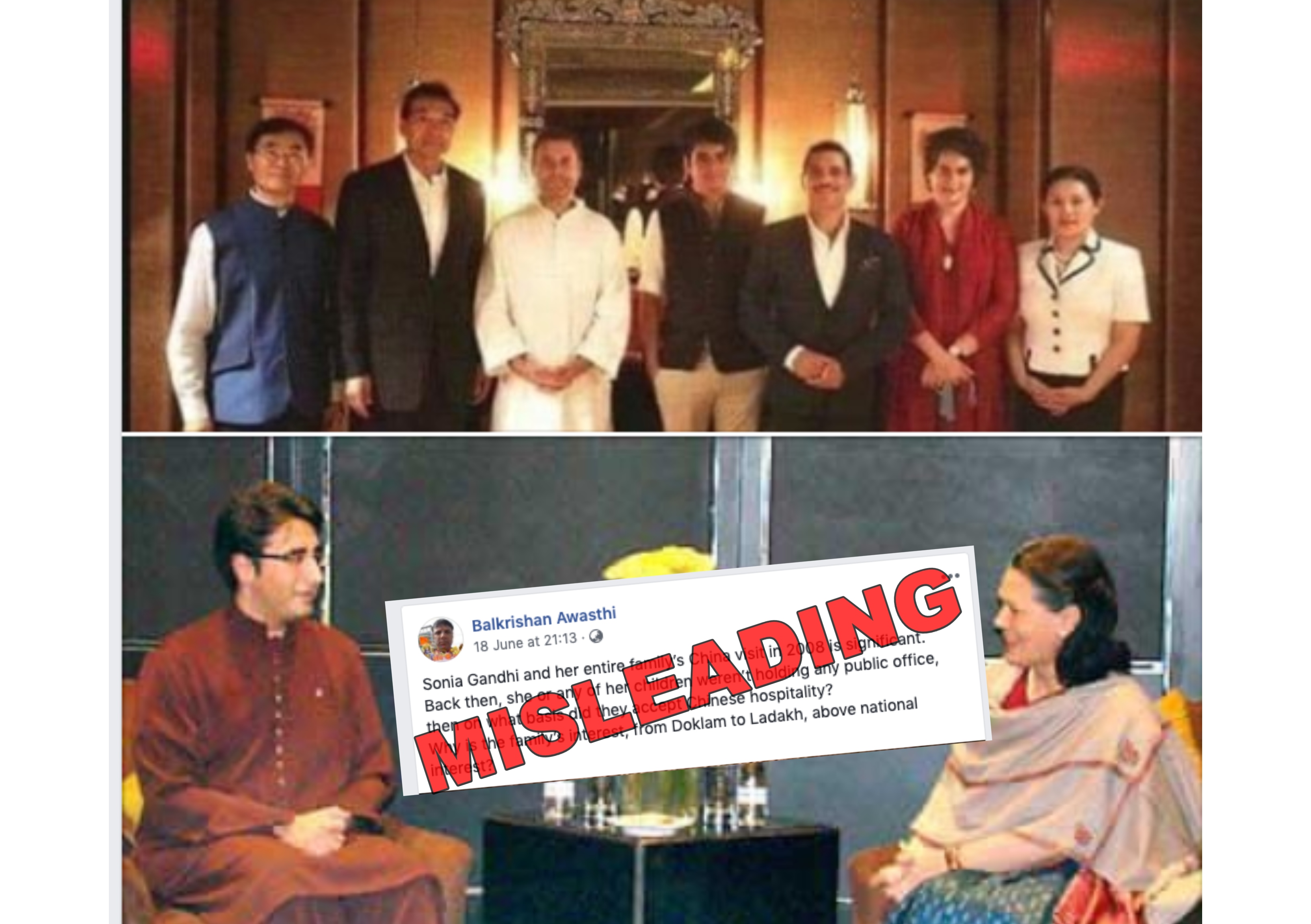 A post has been circulating on social media showing the Gandhi family with a few Chinese officials claiming that they had visited China in 2008.

The caption reads: “Sonia Gandhi and her entire family’s China visit in 2008 is significant. Back then, she or any of her children weren’t holding any public office, then on what basis did they accept Chinese hospitality? Why is the family’s interest, from Doklam to Ladakh, above national interest?” 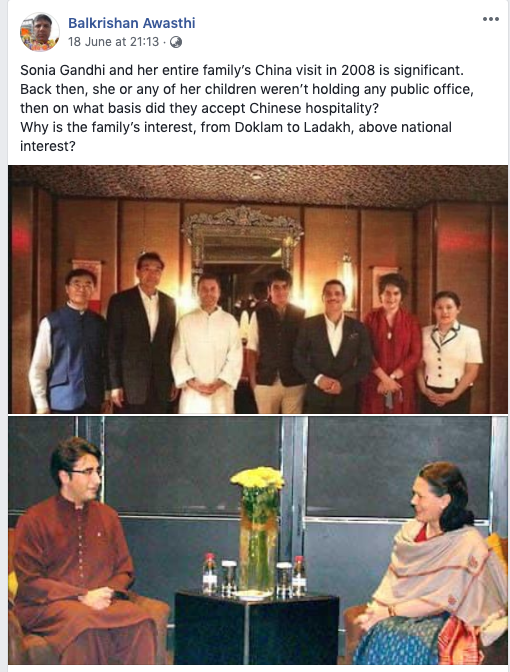 The pictures are being widely circulated against the backdrop of Indo-China diplomatic tensions after the face-off at the Line of Actual Control.

Sonia Gandhi and her entire family’s China visit in 2008 is significant. Back then, she or any of her children weren’t holding any public office, then on what basis did they accept Chinese hospitality?
Why is the family’s interest, from Doklam to Ladakh, above national interest? pic.twitter.com/kMGOYcnEis

Other posts can be seen here and here.

NewsMobile fact-checked the above claim and found that the claim attached to the pictures is false.

We searched the keywords ‘Gandhi family 2008 China visit’ and came across a link of the Chinese embassy website with the headline: “Indian Congress Party President Sonia Gandhi Left for Beijing to Attend the Opening Ceremony of the 2008 Beijing Olympic Games”.

These images did not match the image in question and also stated that Sonia Gandhi and Rahul Gandhi had gone for the event, and not the extended family. But since this information wasn’t enough to verify the claim, we looked further on the same website about visits from Indian officials. 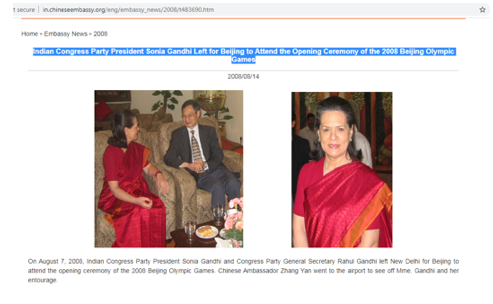 On looking further on the website, we found this image under Embassy News 2017. The caption of the images reads: On April 20, at the invitation of Ambassador Luo Zhaohui and his wife, the Vice Chairman of the National Congress Party Rahul Gandhi and his sister Priyanka’s family hosted the “Chinese Diaoyutai Food Festival” at the Taj Palace Hotel. Both sides tasted the Chinese food culture in a relaxed and pleasant atmosphere and exchanged views on some topics of common interest. Counselor Jiang Yili and Counselor Zhou Yuyun attended the meeting. 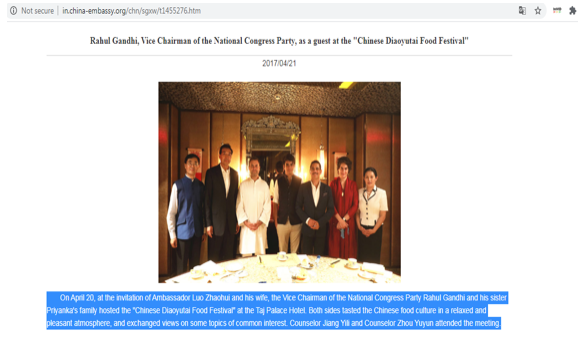 Hence, the image posted by Amit Malviya is from 2017, not 2008, and is not from China but rather at the Chinese Embassy in Delhi.

However, the second picture of Congress President Sonia Gandhi was taken in China when she had met Pakistan People’s Party’s Bilawal Bhutto in Beijing in August 2008 during the Opening Ceremony of 2008 Olympics. 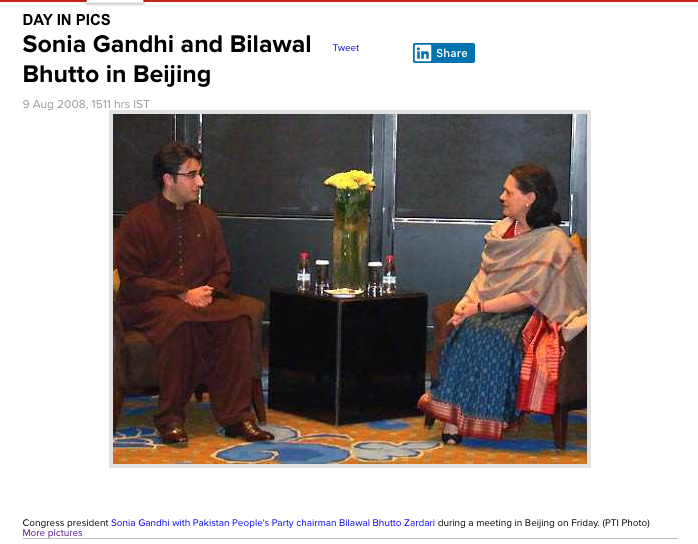 In conclusion, the above information establishes that the post in question is misleading.