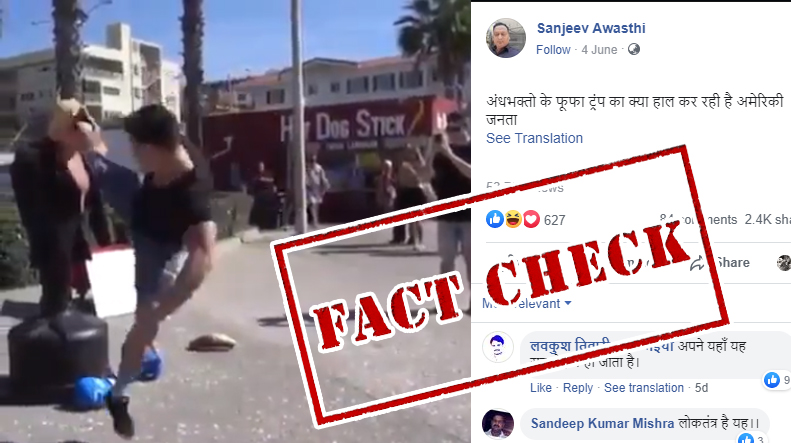 Amid massive protests in the US over the death of a 46-year old African-American man, George Floyd, a video of people punching a life-sized dummy of President Trump is doing rounds on social media.

( Translation: This is how Americans are treating Trump) 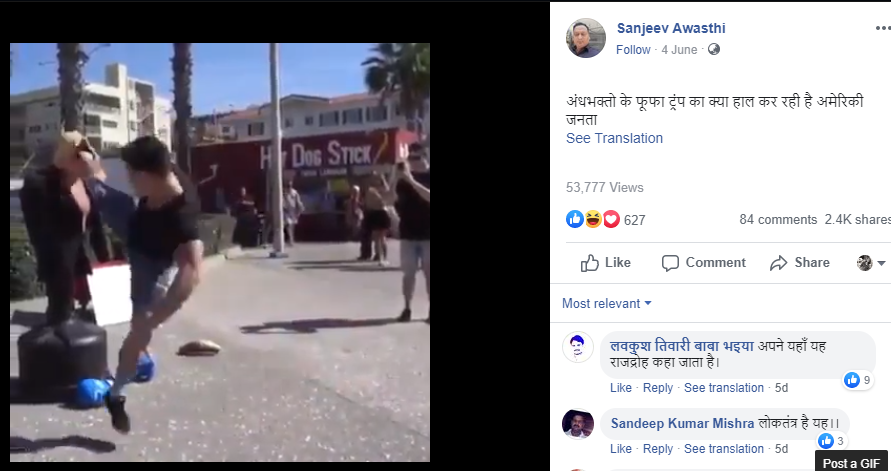 NewsMobile fact-checked the above video and found that it is old.

We extracted keyframes of the video and put them through Reverse Image Search. The search led us to an extended version of the video, which was uploaded on YouTube on October 26, 2016.

According to the video description, the video was shot before 2016 Presidential elections. Dummies of both Donald Trump and Hillary Clinton were placed in public for people to punch.

The same channel also uploaded another video from the same time.

This proves that the video in circulation is not recent and hence the post is misleading.