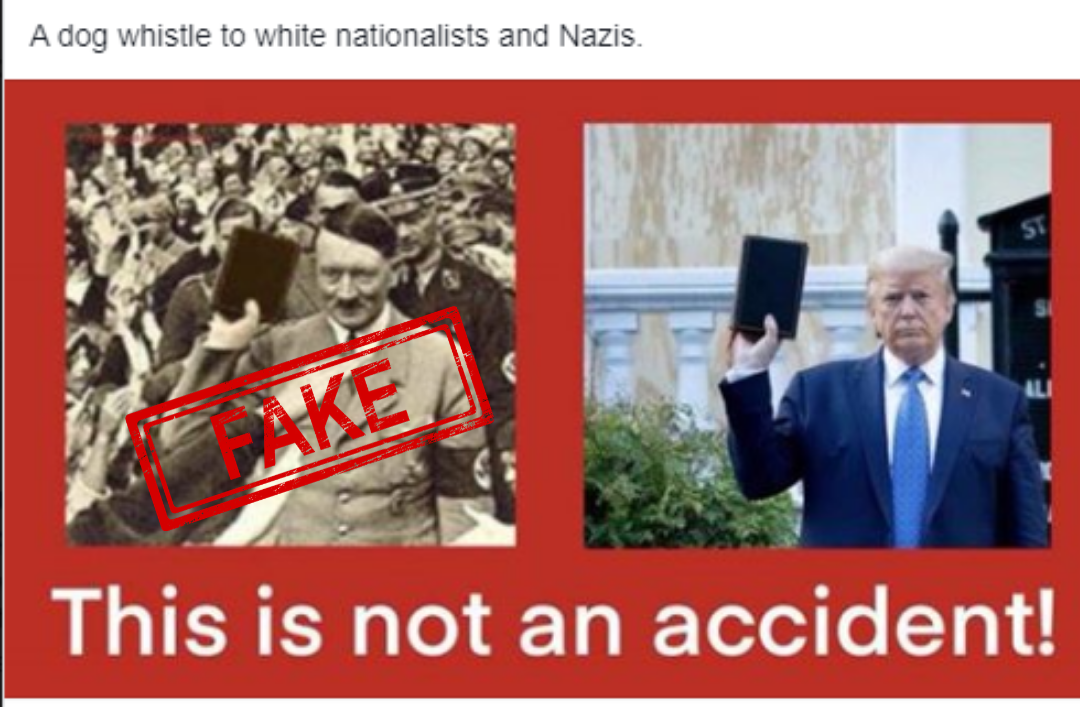 A photo compilation of US President Donald Trump and erstwhile leader of Nazi Germany, Adolf Hitler, is being shared online. Both the leaders can be seen holding a black book in their hand with the text ‘This is not an accident’ written on the picture.

The caption of the picture reads, ‘The Hitler. I wonder whose bright idea was this to take this photo op? This had to be some cockamamie brainchild of the chief Moron himself, Trump. Nobody……and I mean NOBODY could be THAT STUPID’.

NewsMobile fact-checked the above post and found that Hitler’s photo is morphed.

When we cropped the picture and put it through Reverse Image Search, we found the picture on Getty Image’s website. 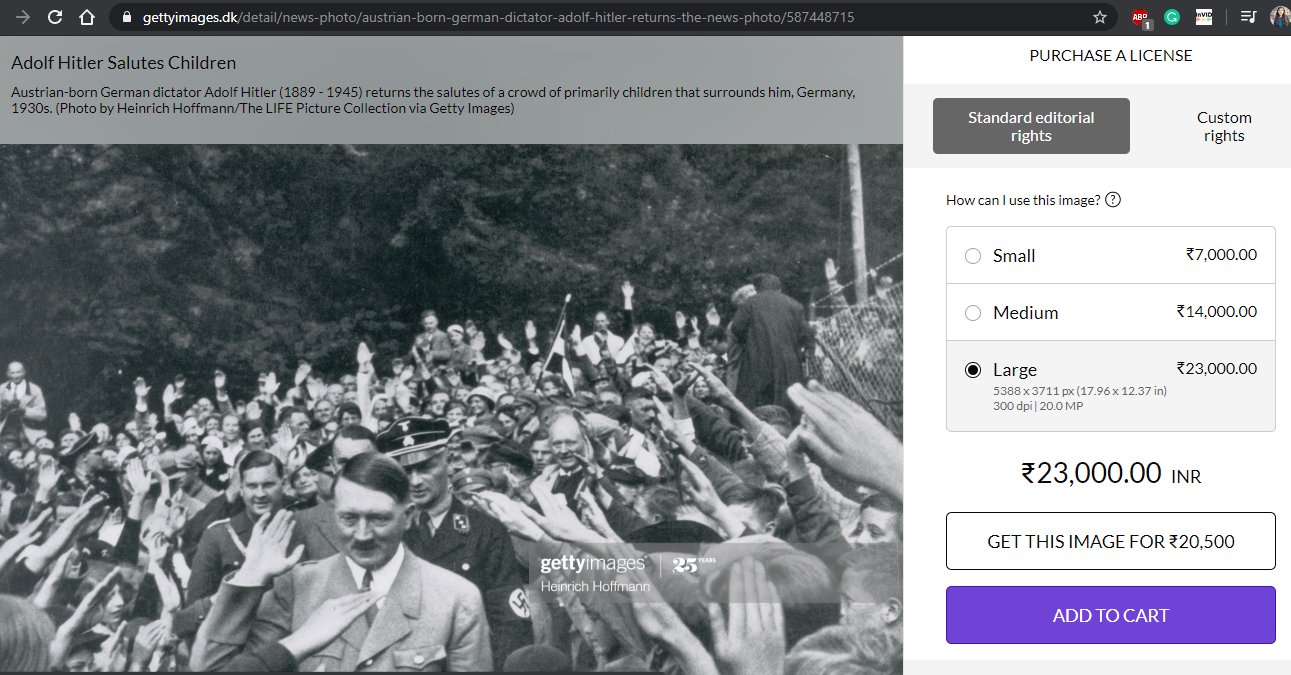 When we compared the Getty Image’s picture and the picture in the viral post, it became clear that the black book has been added in the picture using digital manipulation.

Hence, it proves that the picture in question is morphed.
Further, we checked Trump’s picture. On putting the picture through Reverse Image Search, we found another picture on the Getty website from the same moment but a different angle when President Trump held the bible up, in front of St. John’s church. 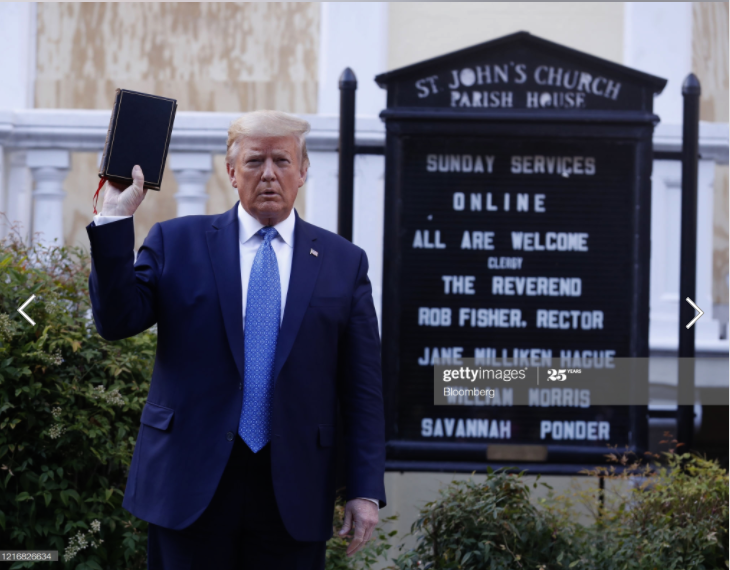 The caption read: “US President Donald Trump poses with a bible outside St. John’s Episcopal Church after a news conference in the Rose Garden of the White House in Washington, D.C., U.S., on Monday, June 1, 2020. Trump promised a forceful response to violent protests across the country before leaving the White House to visit a church across the street that had been damaged by fires”.

In conclusion, our discovery establishes that Hitler’s picture is morphed, hence, Trump did not pose like Hitler.