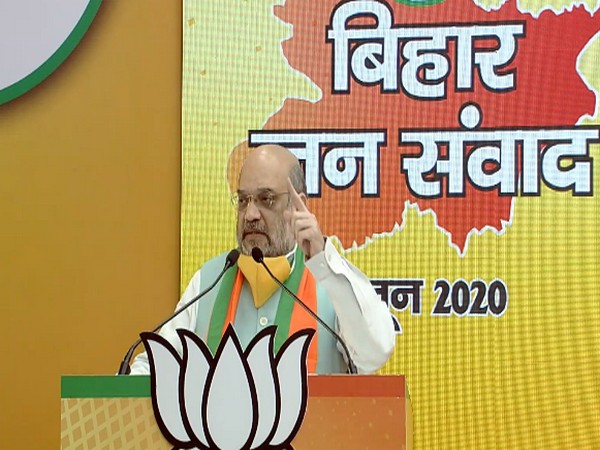 Bihar has been the world leader in introducing and fighting for democratic rights in the country, said Union Home Minister Amit Shah on Sunday.

“The land of Bihar introduced democracy to the world. The great Magadh empire was founded here. It is the land of Buddha, Mahavira, Chandragupta and Chanakya,” said Shah while addressing — Bihar Jansamvad Rally — through video conferencing.

Shah continued: “This land has always led the nation, and whenever democratic rights were tampered with, the people of Bihar rose up and India continued on the road to victory.”

Shah also remembered the role of the State’s leaders in standing up against the Emergency imposed by then Prime Minister Indira Gandhi.

“How can we forget the contribution of Babu Jagjeevan Ramji, Rajendra (Prasad), Jai Prakash Narayan, Shri Babu, among others in the freedom struggle. Even after Independence, when Congress leader Indira Gandhi imposed Emergency, attempting to crush democracy, it was the people of Bihar who rose under JP to re-establish democracy,” he added.

The BJP leader further said that ‘Bihar Jansamvad Rally’ has no relation with the upcoming Assembly elections in the State, and was an attempt of “reaching out to the people. It is for connecting crores of people to boost their spirit for the fight against coronavirus.”

Taking a jibe at the opposition, he added: “Some people welcomed our today’s virtual rally by clanging ‘thalis’. I am glad they finally heard PM Modi’s appeal to show gratitude towards those fighting COVID-19.”

The Home Minister also thanked the ‘Corona Warriors’ for their contribution in the fight against the infection and wished a speedy recovery to all those suffering from it.

“I want to salute the crores of corona warriors, who are fighting against the virus by risking their lives. Health workers, police personnel and others, I want to acknowledge their contribution,” said Shah.